February 2, 2015 at 2:09 PM ET by Cameron Hardesty
Twitter Facebook Email
Summary:
In response to America’s drug problem, the 2016 Budget reflects the Administration’s ongoing commitment to reducing drug use and its consequences through a balanced approach rooted in science.

Today, President Obama released a budget that shows what we can do if we invest in America’s future. The Budget outlines a strategy to strengthen the middle class and provide opportunity to anyone willing to work for it. Too often, however, in too many towns across America, substance use disorders dim students’ potential and diminish hard-working Americans’ opportunities.

In response to America’s drug problem, the 2016 Budget reflects the Administration’s ongoing commitment to reducing drug use and its consequences through a balanced approach rooted in science.

The President’s 2016 Budget, submitted to Congress today, contains over $12 billion in Federal funds -- an increase of more than $768 million over FY 2015 – for drug demand reduction programs essential to making our Nation a healthier and safer place. The $1.4 billion funding request for prevention activities increased nearly six percent over the 2015 funding level, and the $11 billion requested for treatment represents a nearly seven percent increase. Together, these funding requests amount to the largest commitment to treating and preventing substance use disorders to date. 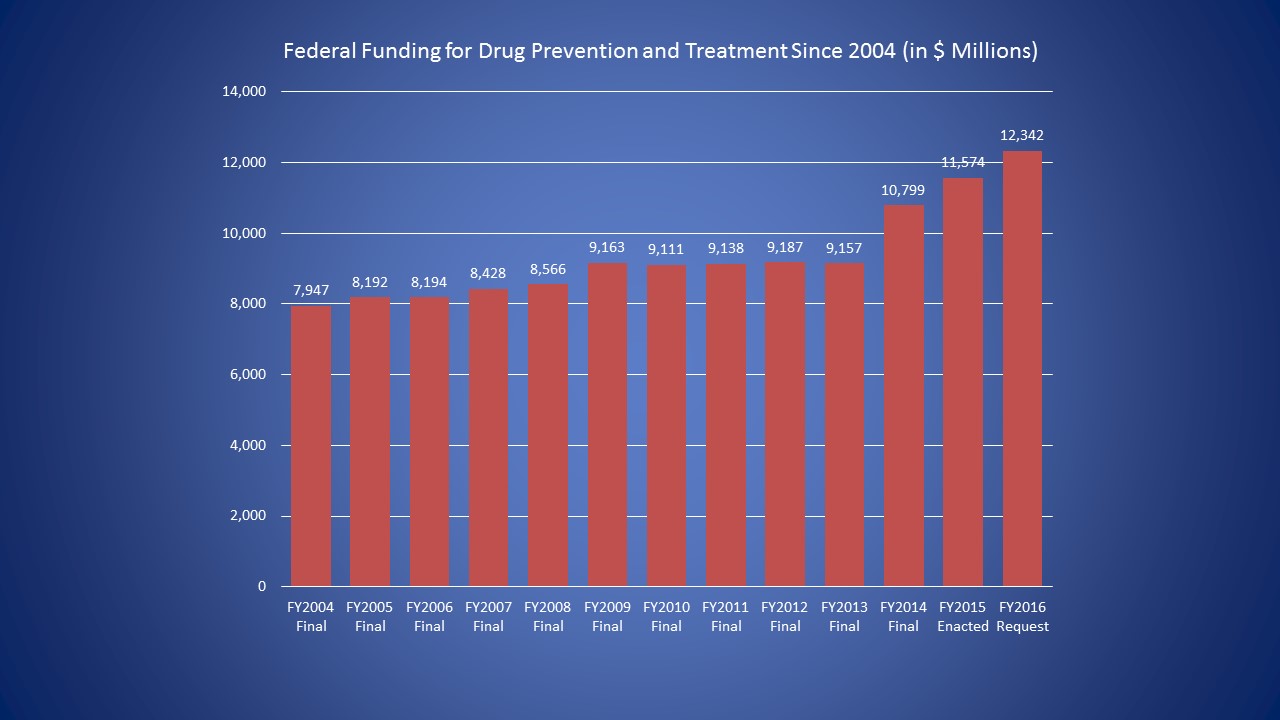 Consistent with the Administration’s balanced approach to public health and public safety, the Budget also calls for increases for supply reduction programs that disrupt the flow of illicit drugs into our country and reduce drug trafficking domestically.  This includes$9.7 billion for domestic law enforcement activities, a nearly four percent increase over the FY 2015 funding level; $3.9 billion for interdiction, an increase of two percent; and $1.6 billion for international funding, an increase of more than one percent.

Reducing drug use and its harms is a complex challenge that requires coordination between a broad array of government agencies at the federal, state and local level, community advocates, non-profits and civil society organizations. The President’s 2016 Budget underscores this Administration’s commitment to a balanced approach that treats drug use as a public health issue and directs valuable law enforcement resources to combating serious public safety threats.