Why Republicans in Congress Should Not Play Politics with the Security of the American People:

February 2, 2015 at 2:16 PM ET by Tanya Somanader
Twitter Facebook Email
Summary:
President Obama addresses the threat from Republicans in Congress to let funding expire for the Department of Homeland Security.

"It's not the end of the world." That's what one Republican Congressman thinks of his colleagues' plan to let funding expire for the Department of Homeland Security (DHS) -- one of the chief agencies responsible for the safety and security of the American people.

Today, in a speech at DHS headquarters, President Obama directly addressed this threat from the Republican-led Congress:

If Republicans let Homeland Security funding expire, it’s the end to any new initiatives in the event that a new threat emerges. It’s the end of grants to states and cities that improve local law enforcement and keep our communities safe. The men and women of America’s homeland security apparatus do important work to protect us, and Republicans and Democrats in Congress should not be playing politics with that.

It is a sentiment shared by three former DHS Secretaries -- two Republicans and one Democrat -- who called on Congress to pass a clean DHS funding bill without delay:

If Republicans fail to pass a DHS funding bill, personnel on the frontlines of our security fights will be forced to work without pay. This includes:

Here's what DHS is responsible for -- and what's at stake: 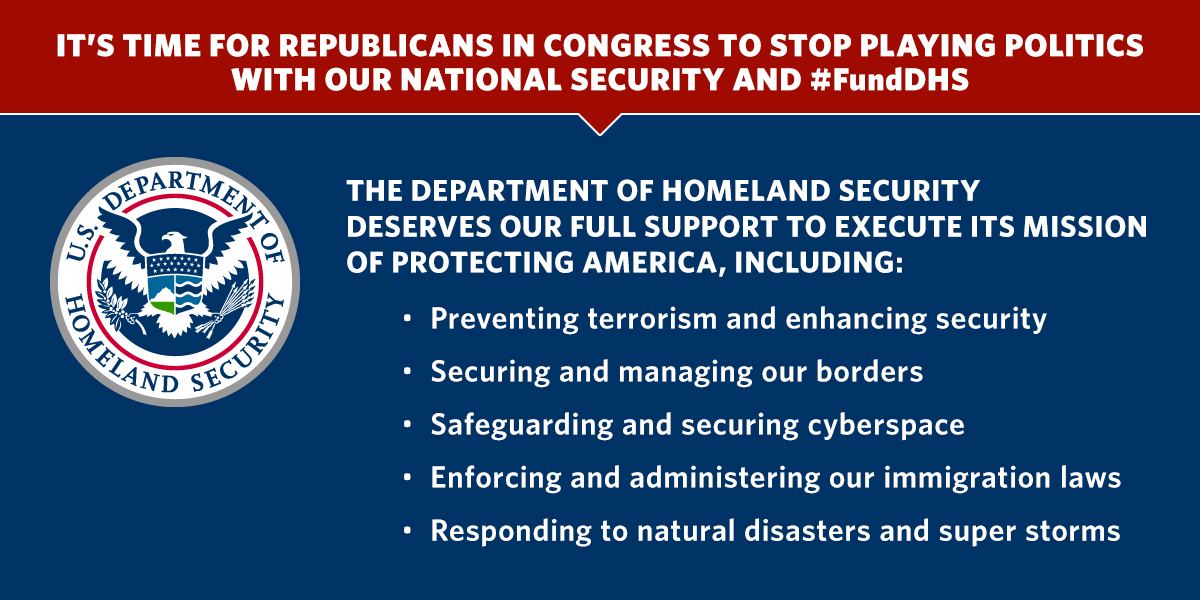 From emerging threats to law enforcement, the safety and security of the American people should never be a partisan debate. As the President said to DHS personnel today:

I know there are Republicans who disagree with my approach. And I’ve said this before: If they have other ideas for how we can keep America safe, grow our economy, while helping middle-class families feel some sense of economic security, I welcome their ideas. But their numbers have to add up. And what we can’t do is play politics with folks’ economic security, or with our national security. You, better than anybody, know what the stakes are. The work you do hangs in the balance. 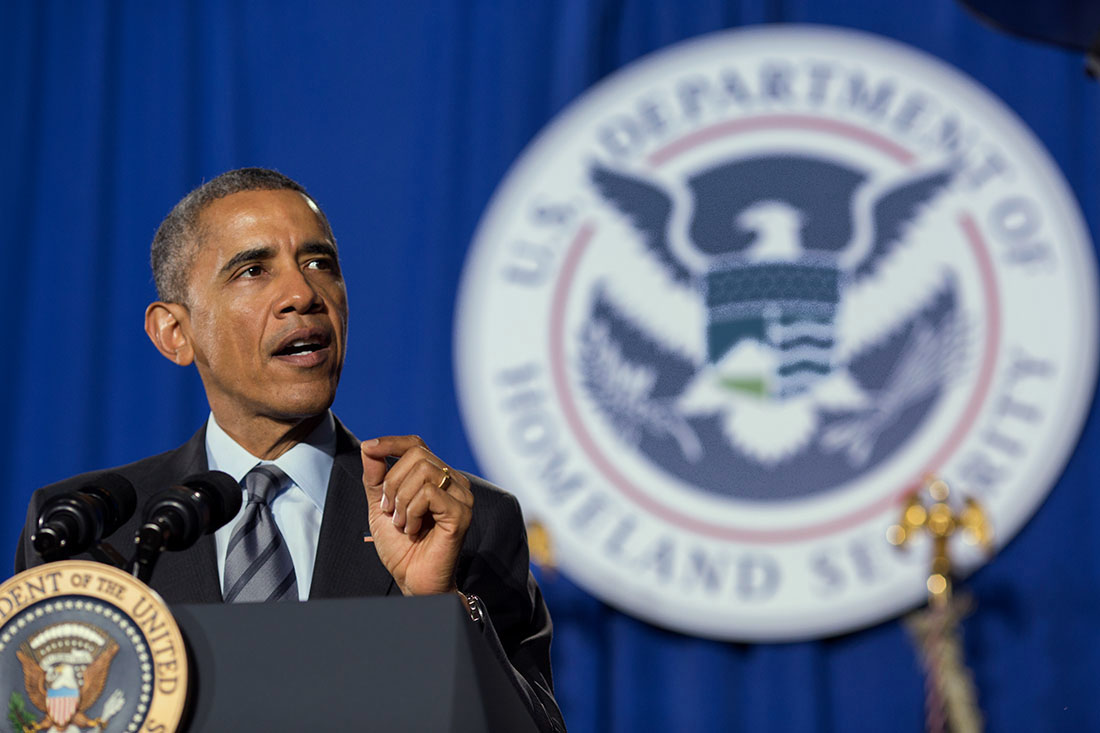