February 4, 2015 at 11:33 AM ET by Secretary Sylvia Mathews Burwell
Twitter Facebook Email
Summary:
Each February 7, we mark National Black HIV/AIDS Awareness Day (NBHAAD). It’s an opportunity for all of us to honor the memory of those we’ve lost, and to call attention to the fact that HIV continues to disproportionately affect African American men, women, and youth. 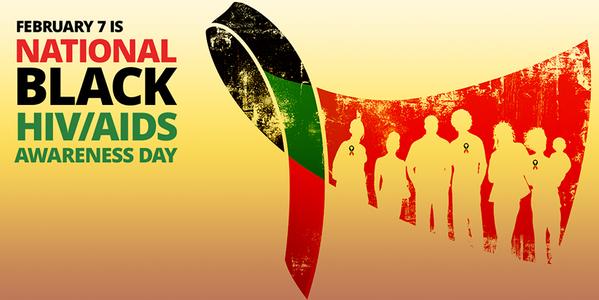 Ed. note: This is cross-posted on the U.S. Department of Health and Human Services' blog. See the original post here.

Like so many Americans, I have seen the tragedy firsthand of friends lost to HIV/AIDS. I’ve also seen the hope of those living with HIV as we continue to work toward an AIDS-free generation.

Each February 7, we mark National Black HIV/AIDS Awareness Day (NBHAAD). It’s an opportunity for all of us to honor the memory of those we’ve lost, and to call attention to the fact that HIV continues to disproportionately affect African American men, women, and youth.

The numbers are startling: African Americans represent only 14 percent of the U.S. population, but account for almost half of all new HIV infections in the United States per year, as well as more than one-third of all people living with HIV in our nation.

This year’s NBHAAD theme, “I Am My Brother’s/Sister’s Keeper: Fight HIV/AIDS,” challenges all of us to work to eliminate these unacceptable health disparities by ramping up our HIV prevention efforts, encouraging individuals to get tested, and helping those who are living with HIV to access the life-saving medical treatment they need.

One of the ways the Department of Health and Human Services is responding to this charge is by launching a new four-year demonstration project funded through the Secretary’s Minority AIDS Initiative to address HIV disparities among men who have sex with men (MSM), including men of color.

We are focusing on HIV disparities among MSM, including MSM of color, because black gay and bisexual men — particularly young men — remain the population most heavily affected by HIV in the U.S. Young black MSM account for more new infections (4,800 in 2010) than any other subgroup of MSM by race/ethnicity and age. These shocking figures demand that we take action.

The cross-agency demonstration project will support community-based models in strengthening HIV prevention efforts, addressing gaps in care for those living with HIV, and helping meet the health care needs of MSM, including MSM of color. More specifically, the funding will support state and local health departments in providing MSM of color, and other MSM, with the health and social services they need to live healthy lives free of HIV infection. For those already infected, the funding will support community-based services that help MSM of color, and other MSM, get diagnosed and linked to the right care — including substance abuse and mental health treatment as well as necessary social services, like stable housing. Helping people access and remain in HIV care is good medicine and important to our public health — since it lowers individuals’ risk of passing HIV to others.

We all have a role to play in working toward an AIDS-free generation. Education and understanding prevention and treatment of HIV is important. And HIV testing is also critical as we continue to tackle this disease. One thing we can all do is speak out — speak out against HIV stigma whenever and wherever you encounter it. Stigma and shame continue to prevent too many people from seeking testing and getting the health care they need to live healthy, active lives.

Read more about HIV among African Americans and efforts to prevent and treat this disease at CDC.gov.

For information on HIV testing and testing sites, use the AIDS.gov Locator.

Secretary of Health and Human Services