Made in America: What You Might Not Know About American Exports

February 6, 2015 at 11:06 AM ET by Tanya Somanader
Twitter Facebook Email
Summary:
Here are a few things that you need to know about American exports.

Fact: 95% of the world’s potential consumers live outside our borders.

That means, for America to remain a globally competitive leader in the 21st century economy, American workers and businesses need every opportunity to export their goods and services abroad. Since taking office, President Obama has taken concrete steps to open new markets and help our exporters expand sales, and today, our businesses have set a record in exports for the fifth consecutive year, up $762.7 billion since 2009.

Did you know that Made-in-America goods and services aren’t just the best-made and most innovative on the market? They actually help generate stronger economic growth, open up new opportunities for our entrepreneurs and small businesses, and support better-paying jobs.

Here are a few facts about American exports that you might not know:

Last year, we broke the record in American exports for the fifth year in a row: 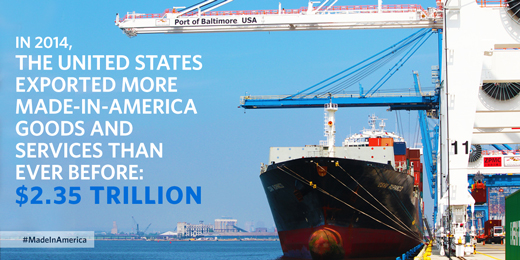 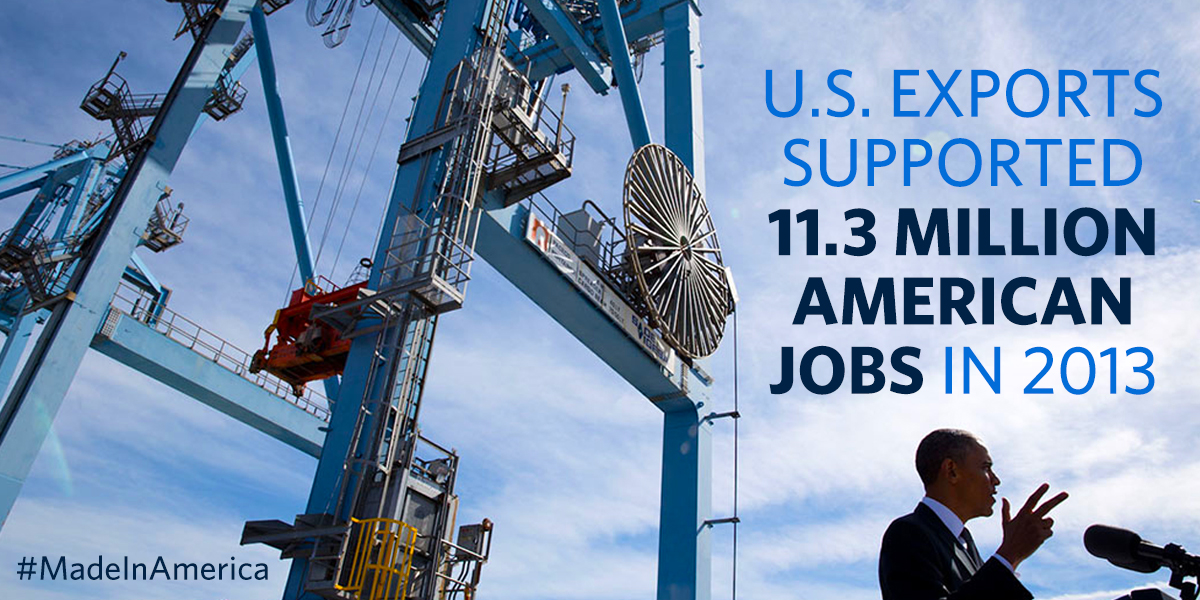 And those jobs tend to pay better wages: 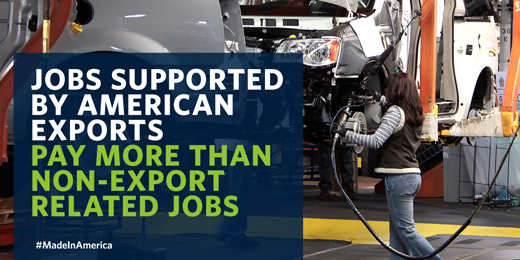 Last year, China imported more American goods than ever before: 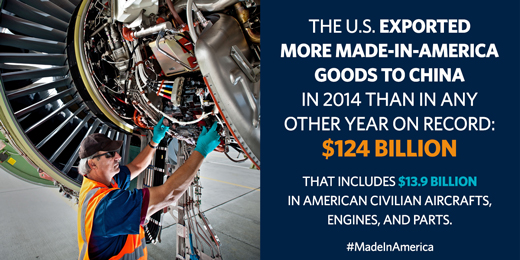 In fact, we sold a record $765 billion in American merchandise to the 20 economies that have trade agreements with the United States.

When the playing field is level, American workers and businesses succeed. We need to ensure that we are writing the rules and raising standards across the globe, and that's why President Obama is working with Congress on trade promotion legislation and on negotiating a new, 21st century trade agreement -- the Trans Pacific Partnership (TPP) -- that will include enforceable progressive labor and environmental standards.

As the President said in his State of the Union address:

Twenty-first century businesses, including small businesses, need to sell more American products overseas. Today, our businesses export more than ever, and exporters tend to pay their workers higher wages. But as we speak, China wants to write the rules for the world’s fastest-growing region. That would put our workers and our businesses at a disadvantage. Why would we let that happen? We should write those rules. We should level the playing field. That’s why I’m asking both parties to give me trade promotion authority to protect American workers, with strong new trade deals from Asia to Europe that aren’t just free, but are also fair. It’s the right thing to do.

Learn more about how the TPP would help empower small businesses to go global and how our exports are helping drive America’s economic resurgence.