President Obama Hosts Chancellor Angela Merkel of Germany, "One of Our Strongest Allies"

February 9, 2015 at 7:57 PM ET by David Hudson
Twitter Facebook Email
Summary:
President Obama hosts German Chancellor Angela Merkel at the White House, holding a bilateral meeting and a working lunch to discuss some of our most pressing issues. 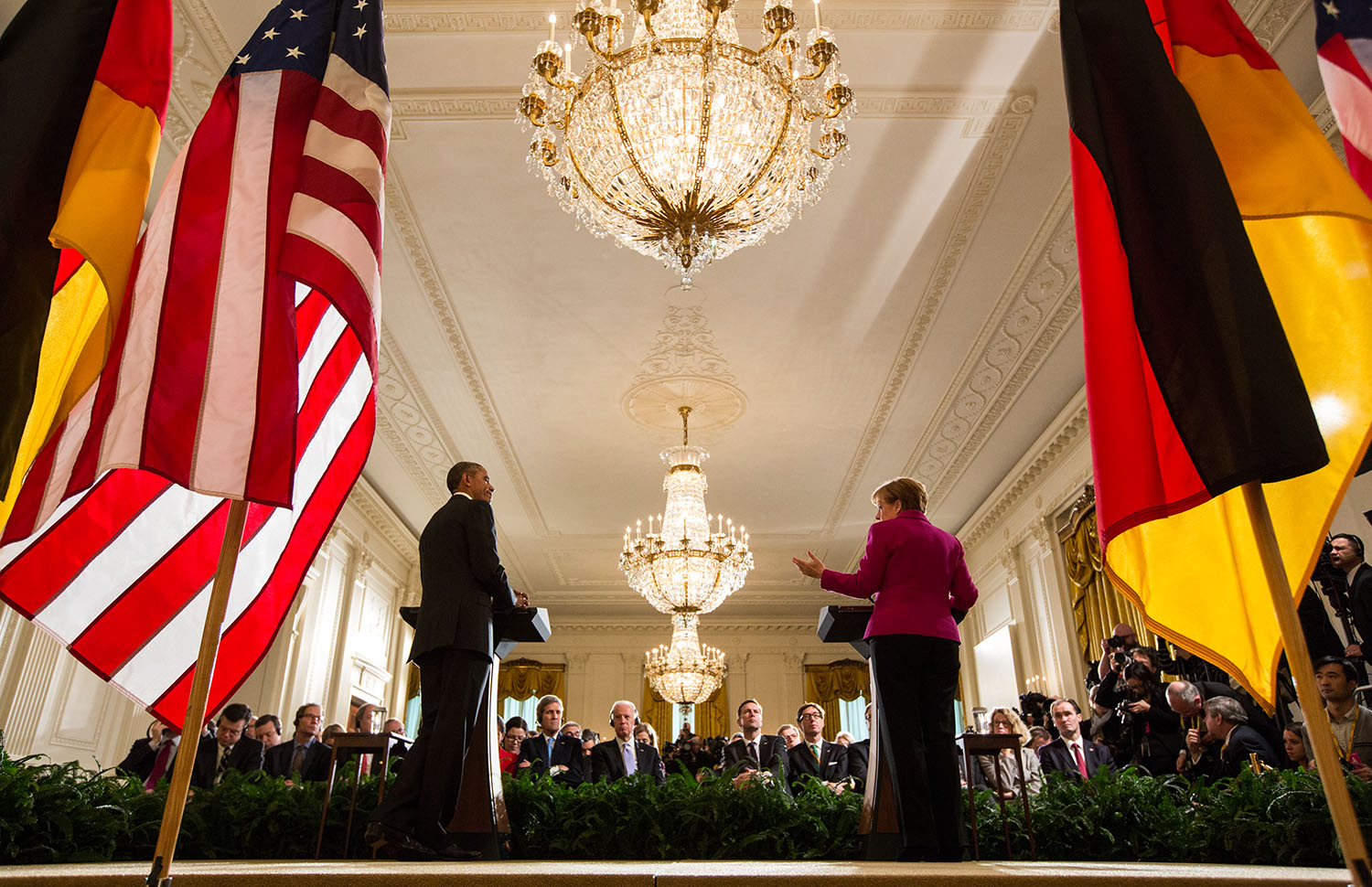 President Obama hosted German Chancellor Angela Merkel at the White House earlier today, holding a bilateral meeting and a working lunch to discuss some of our countries' most pressing issues.

"Germany is one of our strongest allies, so whenever we meet, it's an opportunity to coordinate closely on a whole range of issues critical to our shared security and prosperity," President Obama said in a joint press conference. "As Angela and our German friends prepare to host the G7 this spring, it's also important for us to be able to coordinate on a set of shared goals." 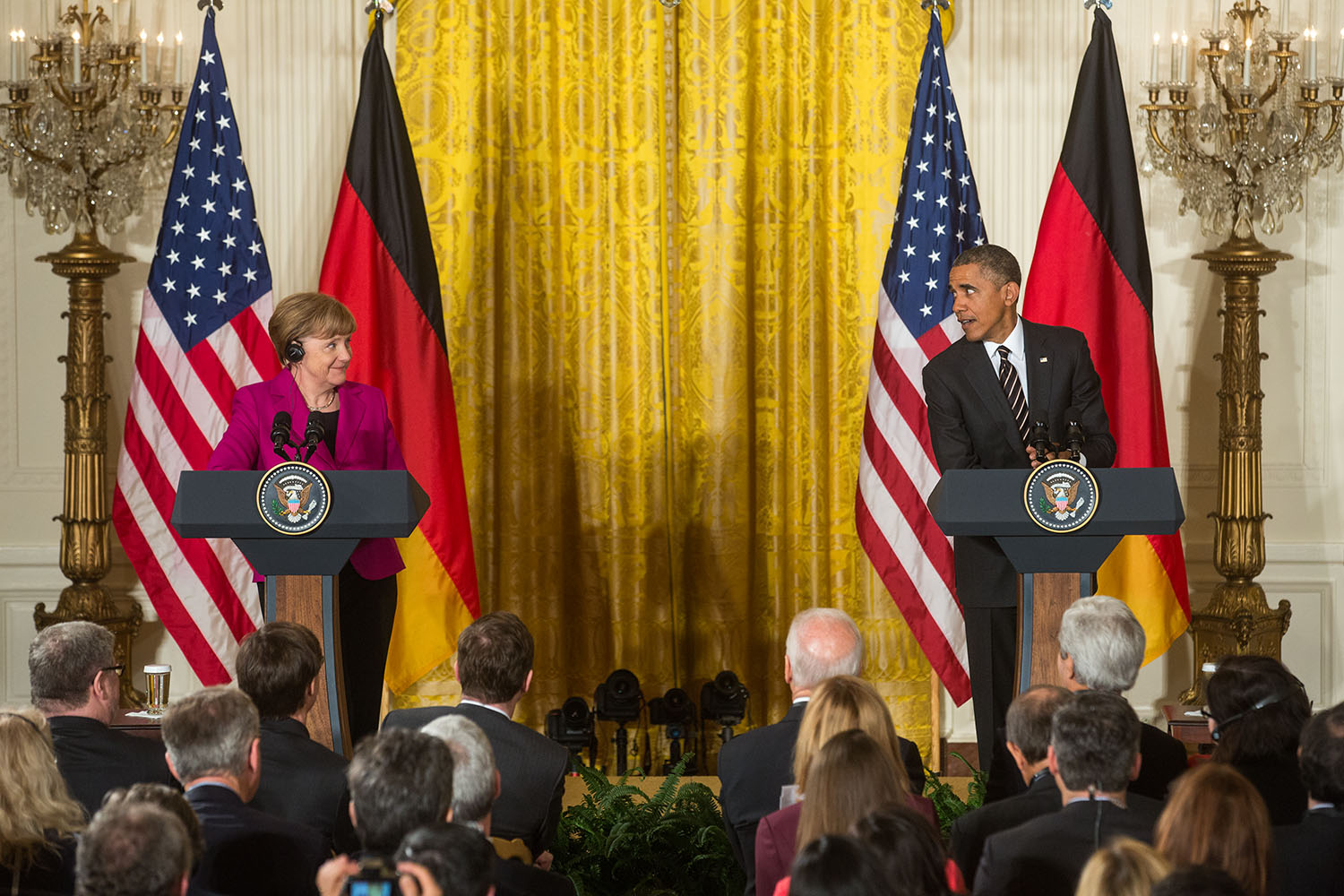 In addition to their discussions on economic growth, international trade, and climate change, President Obama and Chancellor Merkel's meeting was dominated by two particular issues: Russia's aggression against Ukraine, and the fight against ISIL.

During their joint press conference, both leaders went into more detail about what they discussed on these two fronts.

On Russia and Ukraine:

"So we are called upon now to come up with solutions, but not in the sense of a mediator, but we also stand up for the interests of the European peaceful order. ... And I’m very grateful that throughout the Ukraine crisis, we have been in very, very close contact with the United States of America and Europe on sanctions, on diplomatic initiatives. And this is going to be continued. And I think that’s, indeed, one of the most important messages we can send to Russia, and need to send to Russia." 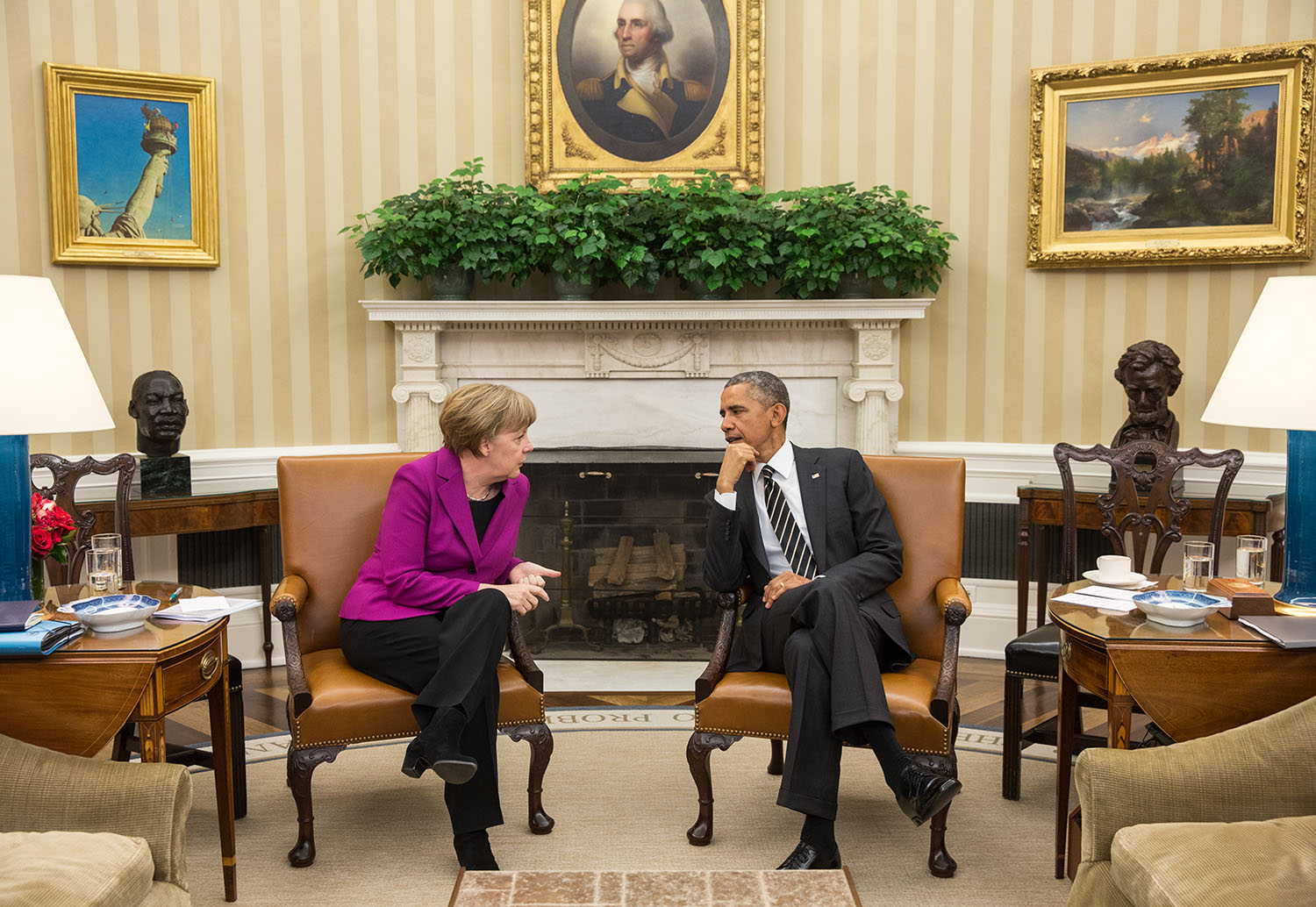 President Obama: "Germany and the United States remain united in our determination to destroy this barbaric organization. I thanked Angela for her strong support as a member of the international coalition that is working in Iraq. In a significant milestone in its foreign policy, Germany has taken the important step of equipping Kurdish forces in Iraq, and Germany is preparing to lead the training mission of local forces in Erbil. Germany is a close partner in combating the threat of foreign terrorist fighters, which was the focus of a special session of the U.N. Security Council that I chaired last fall. And under Angela’s leadership, Germany is moving ahead with new legislation to prevent fighters from traveling to and from Syria and Iraq.

"At the same time, both Angela and I recognize that young people in both our countries, especially in Muslim communities, are being threatened and targeted for recruitment by terrorists like al Qaeda and ISIL. And protecting our young people from this hateful ideology, so that they’re not vulnerable to such recruitment, is, first and foremost, a task for local communities, families, neighbors, faith leaders who know their communities best. But we can help these communities, starting with the tone and the example that we set in our own countries."

Read President Obama's and Chancellor Merkel's full remarks here, or watch them below: