February 10, 2015 at 9:35 AM ET by William Allman
Twitter Facebook Email
Summary:
Today, for the first time in White House history, the Old Family Dining Room on the State Floor is open for public viewing. 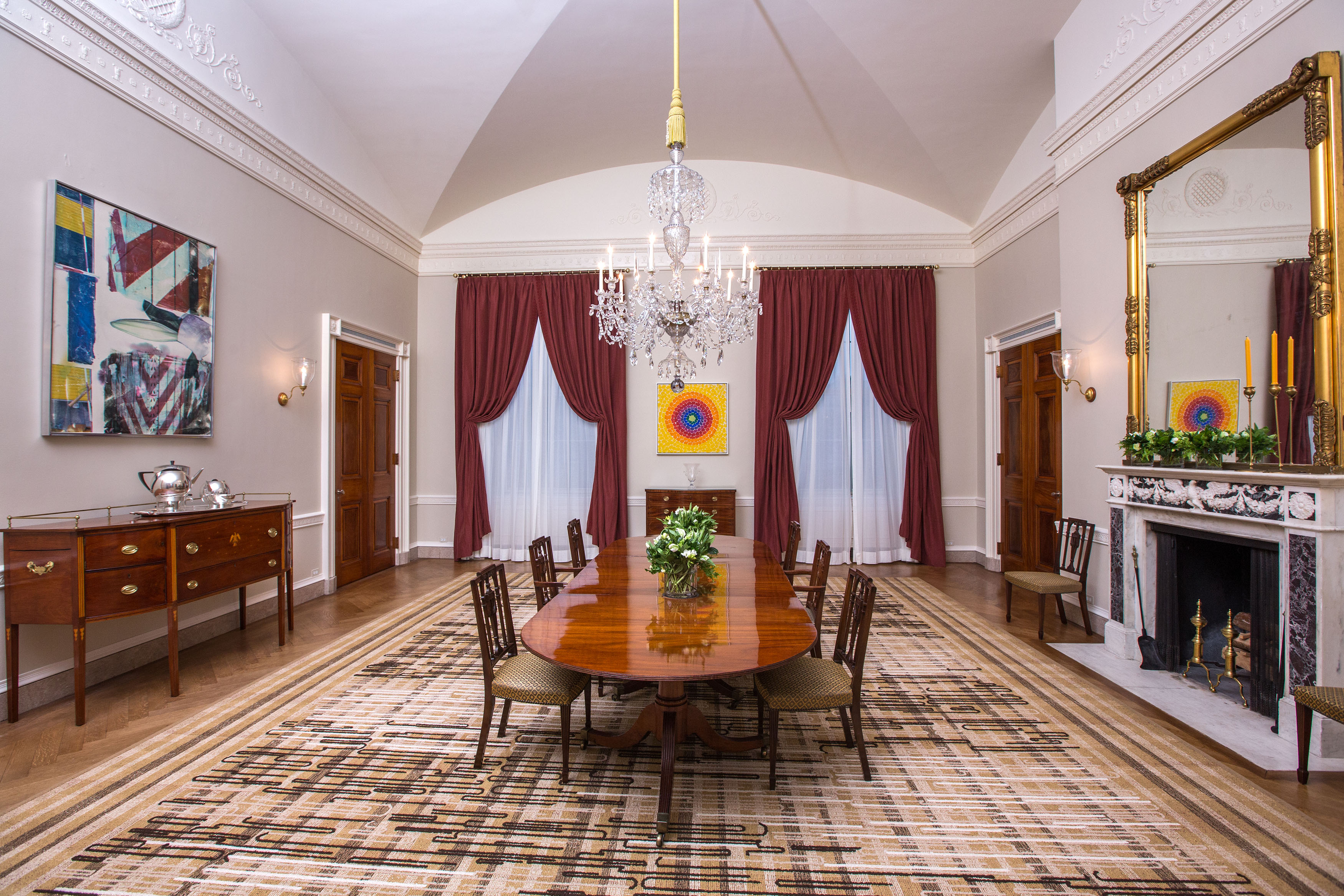 Today, for the first time in White House history, the Old Family Dining Room on the State Floor is open for public viewing.

The room has a rich and colorful history.

The Old Family Dining Room -- a smaller dining room off the State Dining Room -- was established by President and Mrs. John Quincy Adams in 1825 as a place for the family to take meals. Enjoyed since then by 38 Presidents and their families, it was considered the "breakfast room" until 1961, when First Lady Jacqueline Kennedy moved the family's dining room into the family's private quarters upstairs. "Breakfast room” was the Hoovers’ designation, because they ate dinners in State Dining Room. Other first families prior to the Kennedys ate all of their meals there. After the family's dining room was moved to the private residence, Presidents have used the Old Family Dining Room for small official meals, including working luncheons with foreign heads of state.

Take a look at how the room -- outfitted with red draperies dating from a 1952 Truman administration renovation -- appeared when Mrs. Kennedy arrived. 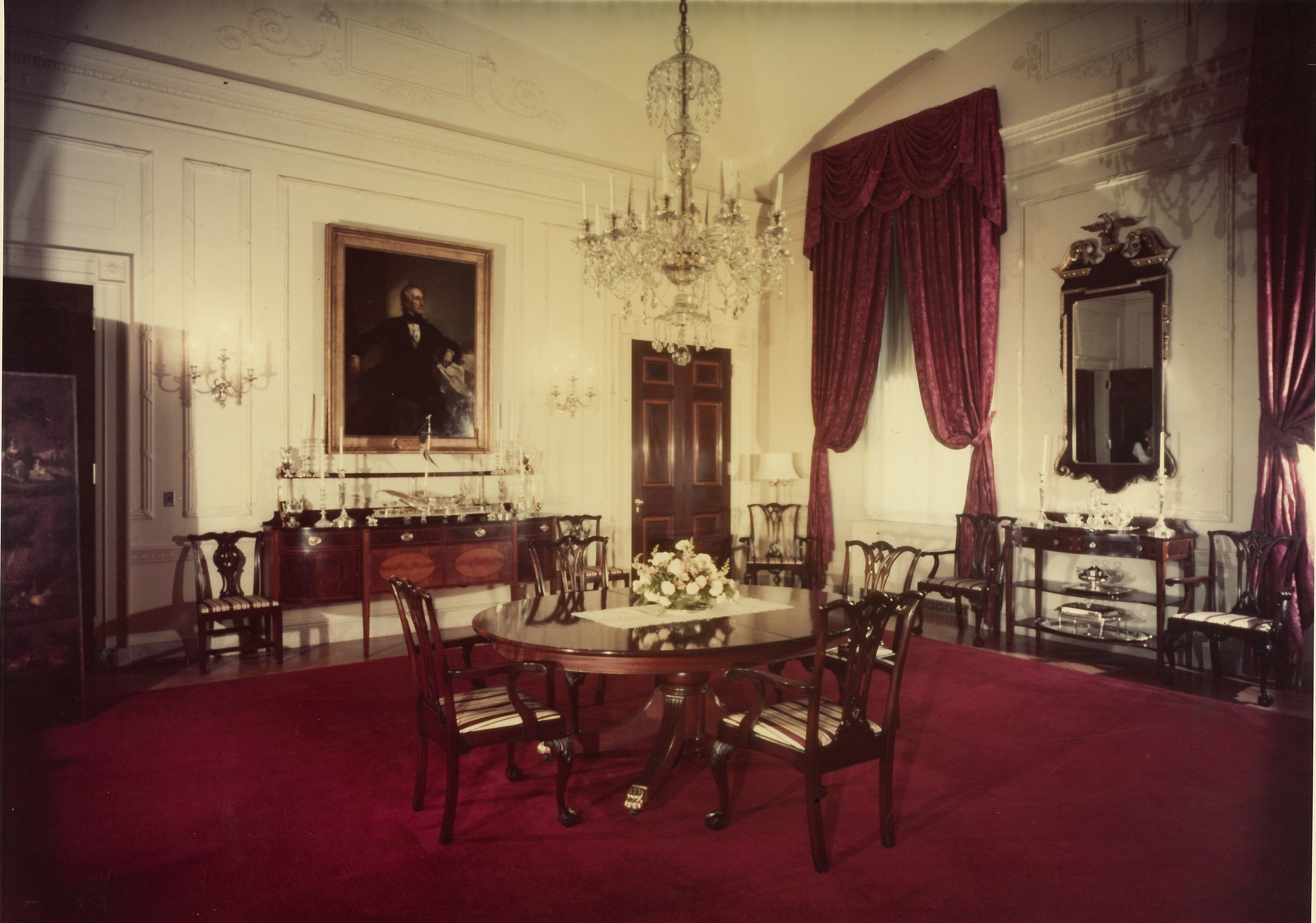 Mrs. Kennedy then re-decorated the room in 1963, changing to gold draperies and initiating the yellow color scheme for which the room had since become known. 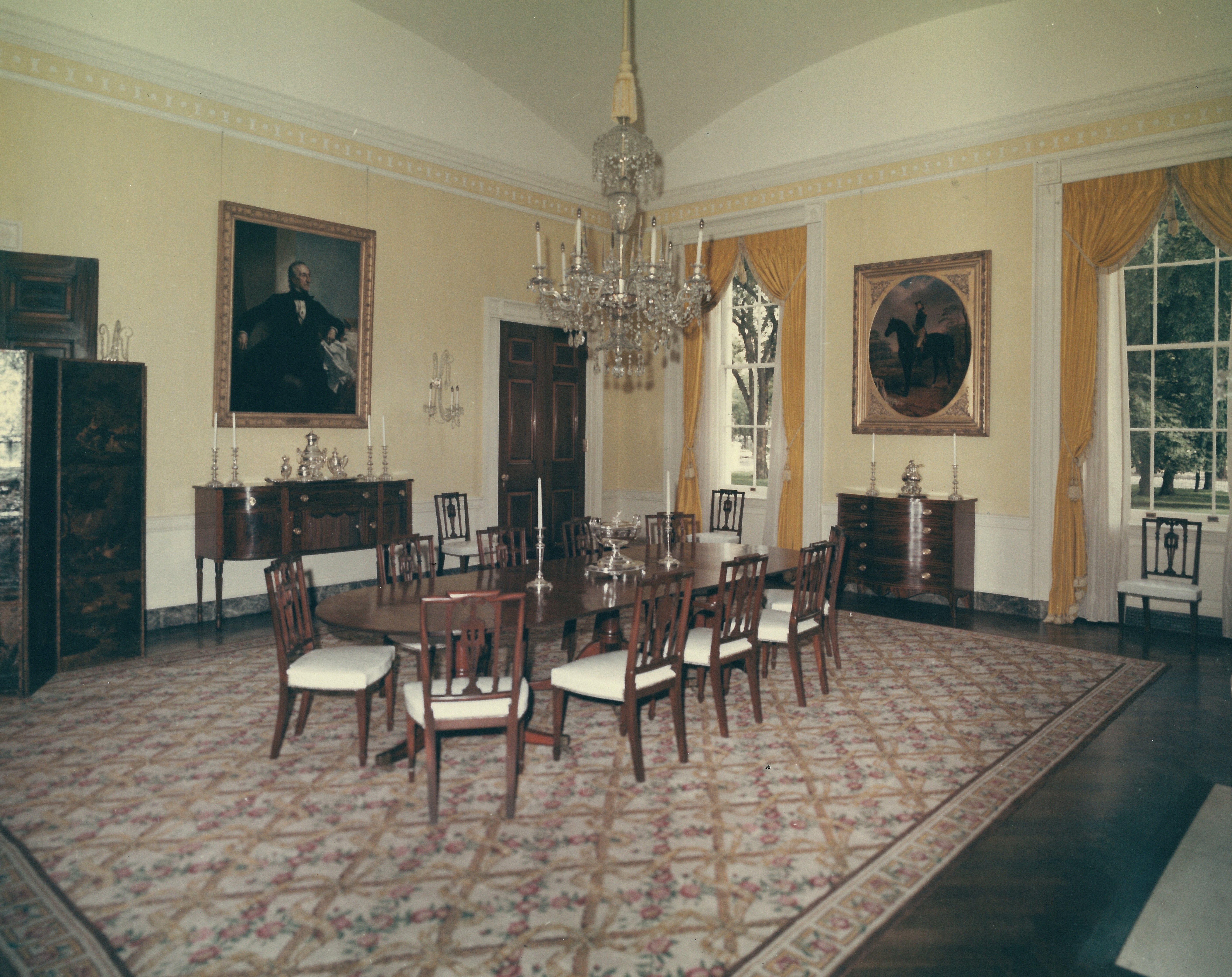 Since then, the room has frequently been used as a staging area for state dinners and as an overflow room for staff members during State Dining room events. Today, for the first time, the American public will be able to view the room. 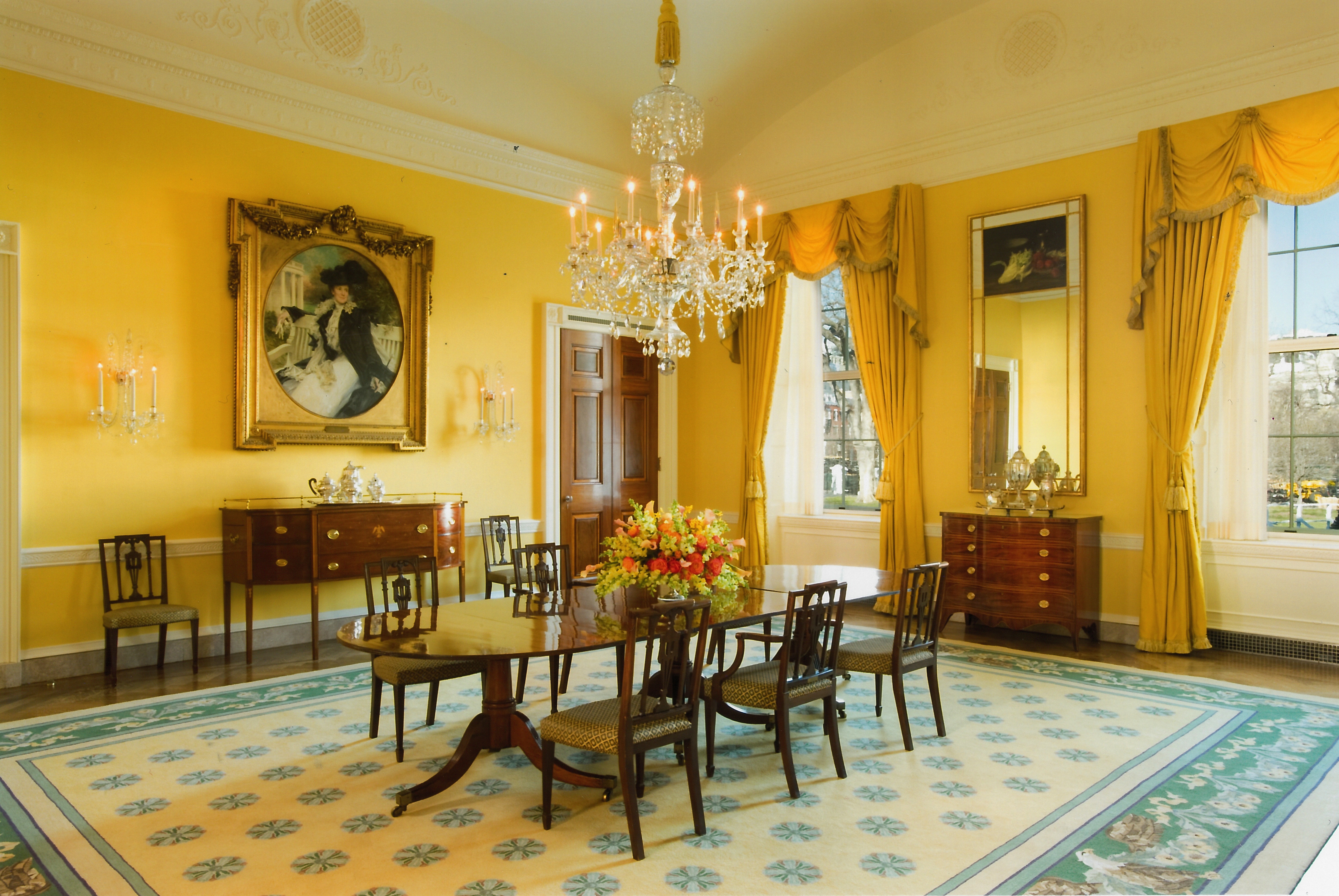 The Old Family Dining Room has been refurbished to serve a showcase of modern art and design -- changes that have been funded as a special donation from the White House Historical Association. The room features a new gray wall color, new gilded medal and glass wall sconces, and new red draperies influenced by the less-formal ones that Mrs. Kennedy installed in 1963. A pictorial weaving -- Black, White, and Gray by Anni Albers -- has been adapted for a wool rug for the room. The Philadelphia bookcase on the south wall of the room has been filled with 20th-century American tableware. The tea service from the 1939 World's Fair has been placed on the sideboard.

Four works of American abstract art -- a favorite of the First Family's -- have also been donated to the permanent White House collection to be placed in the dining room. Those works include:

William Allman is Curator of the White House.