The Clay Hunt Act: What the President Just Signed

Today, President Obama signed the Clay Hunt Act into law in the East Room of the White House.

The new suicide prevention law is named in honor of Clay Hunt, an extraordinary young Texan and decorated Marine who served with distinction in Iraq and Afghanistan. Like too many of our veterans, Clay struggled with depression and post-traumatic stress after he came home. Sadly, Clay’s life ended much too soon when he tragically committed suicide in 2011 at the age of only 28.

The Clay Hunt Suicide Prevention for American Veterans (SAV) Act is a testament to the type of man that Clay Hunt was — even after his death, his legacy of helping veterans lives on.

In America, our veterans and troops are still struggling. As a country, we must do more to help our veterans deal with injuries like post-traumatic stress and depression.

"Everyone can do more, with and for our veterans. This has to be a national mission."

Ensuring that veterans have access to timely and effective mental health care is a top priority for the President and his Administration. The Clay Hunt Suicide Prevention for American Veterans Act will help the Administration take additional steps to address mental health and prevent suicide among veterans. 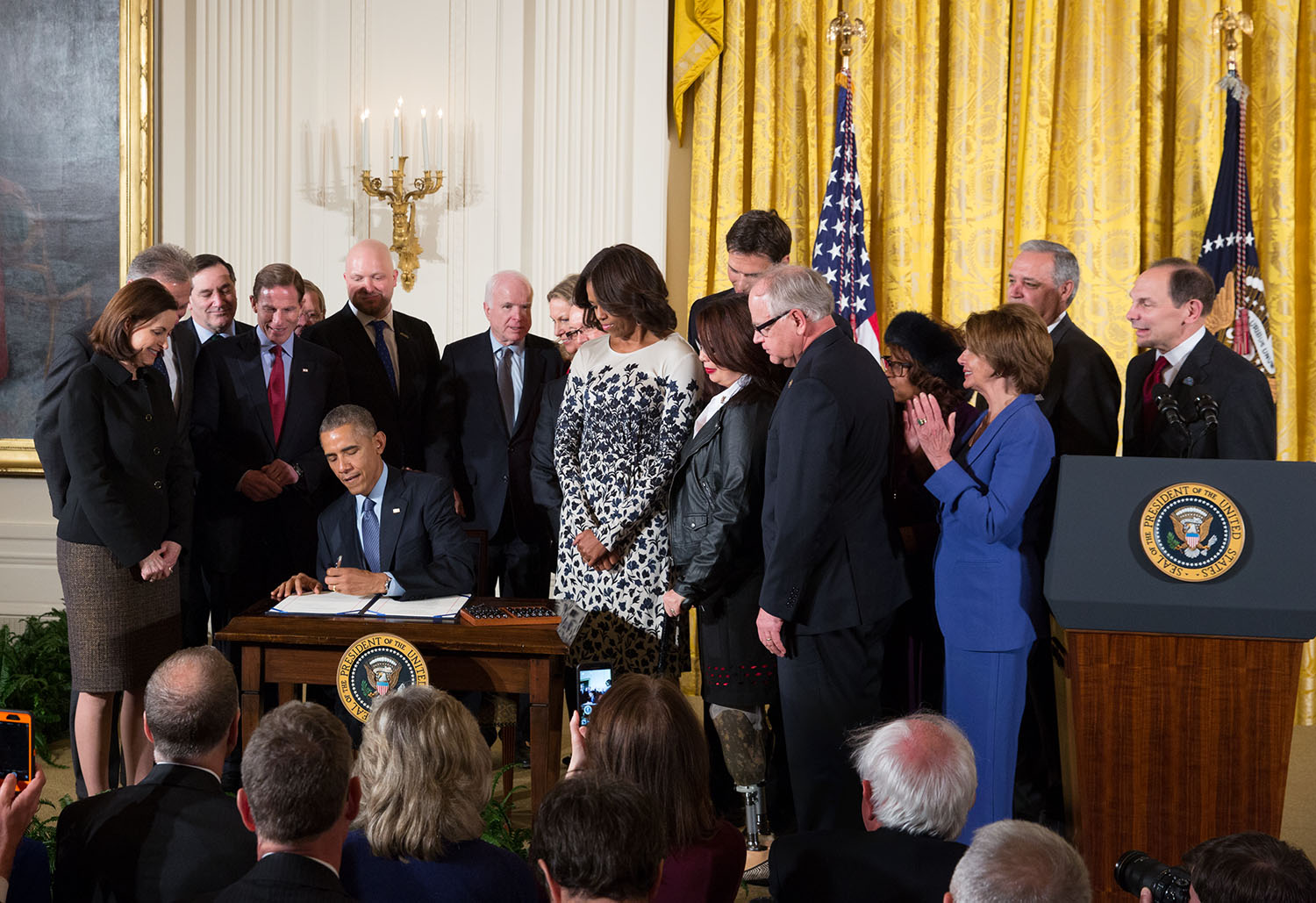 This new law builds on a long history of executive actions the President has issued to improve access to mental health services for members of the Armed Forces, veterans, and their families. The Clay Hunt Act will:

Veterans' mental health is an issue that President Obama cares deeply about, and he has directed VA Secretary Bob McDonald to make it a top priority. Read more about the VA’s ongoing efforts to support veterans and their families here.

And if you are a veteran in need, know that you are not alone.

"America is here for you. All of us. And we will never stop doing everything in our power to get you the care and support you need to stay strong and keep serving this country we love."

For more information on suicide prevention and the veterans crisis line, visit: http://www.mentalhealth.va.gov/suicide_prevention/

Read the President's full remarks from the event here.