President Obama on the Causes and Antidotes to Violent Extremism

February 19, 2015 at 2:58 PM ET by Tanya Somanader
Twitter Facebook Email
Summary:
President Obama speaks on the role that the U.S., countries, and communities can play in combating violence extremism at home and abroad.

This isn't what we came for, to kill other Muslims.

So said one of the many former terrorists in the world who have come to reject such violence.

What is violent extremism?

When we think of the issue, many immediately imagine the terrorists who kill innocent people -- in America, in Europe, in the Middle East, and across the world.

But violent extremism runs deeper than the barbaric acts it breeds. It’s the ideologies, the propaganda, the recruitment, the funding -- the entire infrastructure that extremists use to radicalize and recruit people to commit violence.

A violent extremist could be anyone -- a person of any color or creed. What we do know is that their extremism is rooted in common challenges: the unchecked spread of extremist ideologies, their economic grievances, and their political grievances.

This week, the White House is hosting a Summit on Countering Violent Extremism -- a gathering of governments, civil society groups, and community leaders from more than 60 nations in Washington, D.C. to find ways we can empower local communities to overcome these challenges.

President Obama addressed the Summit yesterday and today on these issues. Watch his remarks from February 18:

Al Qaeda and ISIL and groups like it are desperate for legitimacy. They try to portray themselves as religious leaders -- holy warriors in defense of Islam. That’s why ISIL presumes to declare itself the “Islamic State.”  And they propagate the notion that America -- and the West, generally -- is at war with Islam. That’s how they recruit. That’s how they try to radicalize young people. We must never accept the premise that they put forward, because it is a lie. Nor should we grant these terrorists the religious legitimacy that they seek. They are not religious leaders -- they’re terrorists.

But if we are going to effectively root out their ideology, the President noted that we have to be honest about the conceptions and notions they are rooted in.

The belief that the West is at odds with Islam, that many of the ills in the Middle East stem from a history of colonialism or conspiracy, that Islam is incompatible with modernity or tolerance, that it has been polluted by Western values -- these are the ideas that make young people who already are disaffected or alienated "ripe for radicalization."

So just as leaders like myself reject the notion that terrorists like ISIL genuinely represent Islam, Muslim leaders need to do more to discredit the notion that our nations are determined to suppress Islam, that there’s an inherent clash in civilizations. Everybody has to speak up very clearly that no matter what the grievance, violence against innocents doesn't defend Islam or Muslims, it damages Islam and Muslims. 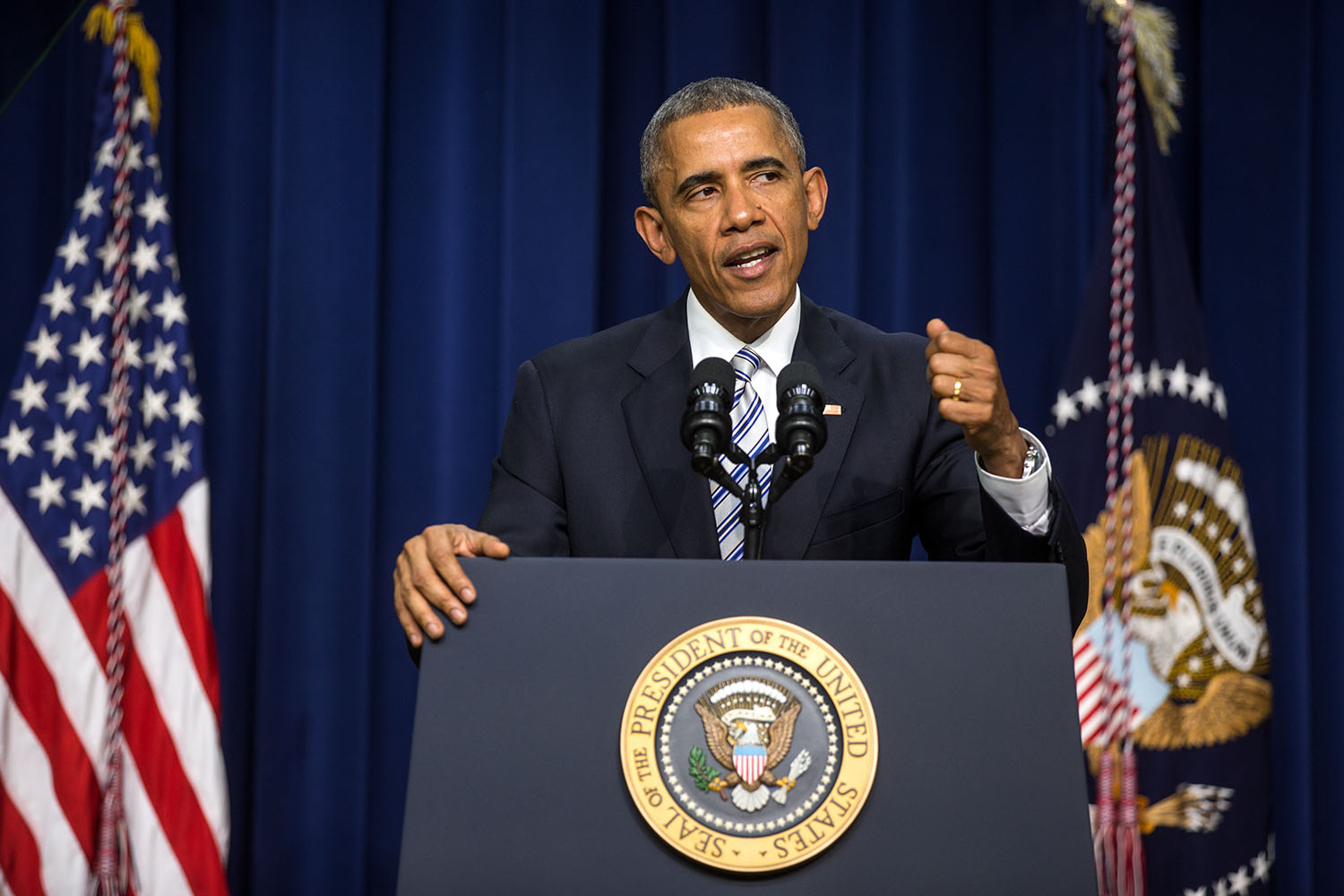 That is why the President is committed to ensuring that development and growth is broadly shared:

The United States will make new commitments to help young people, including in Muslim communities, to forge new collaborations in entrepreneurship and science and technology. All our nations can reaffirm our commitment to broad-based development that creates growth and jobs, not just for the few at the top, but for the many. We can step up our efforts against corruption, so a person can go about their day and an entrepreneur can start a business without having to pay a bribe. 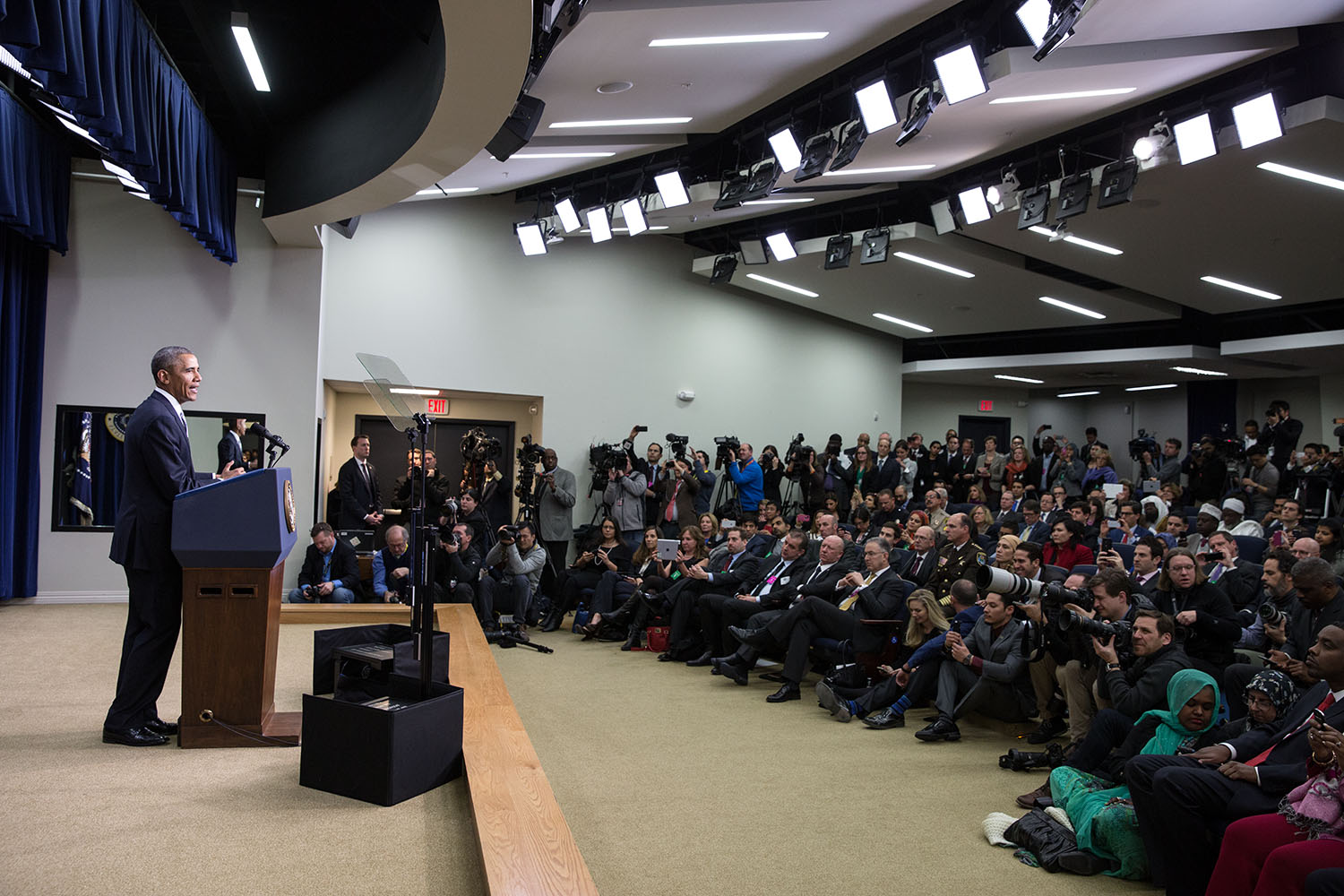 When people are oppressed, and human rights are denied -- particularly along sectarian lines or ethnic lines -- when dissent is silenced, it feeds violent extremism. It creates an environment that is ripe for terrorists to exploit. When peaceful, democratic change is impossible, it feeds into the terrorist propaganda that violence is the only answer available.

And so we must recognize that lasting stability and real security require democracy. That means free elections where people can choose their own future, and independent judiciaries that uphold the rule of law, and police and security forces that respect human rights, and free speech and freedom for civil society groups. And it means freedom of religion -- because when people are free to practice their faith as they choose, it helps hold diverse societies together.

Ultimately, it is the voices of peace and tolerance and inclusion -- the voices of the young who believe in a future of hope and progress -- that will ultimately degrade and defeat violent extremism. If we empower youth to unleash their talent and creativity in the name of a brighter future, if we openly embrace and support people's lives here in America and around the world, then we will expose violent extremism for the harmful and shortsighted lie that it is.

As one former terrorist said:

"Do not run after illusions.

Do not be deceived.

Do not give up your life for nothing."