See What the Most Progressive Trade Agreement in History Looks Like:

March 4, 2015 at 12:19 PM ET by Tanya Somanader
Twitter Facebook Email
Summary:
The Trans-Pacific Partnership trade agreement gives America the greatest opportunity to change these rules and level the playing field for American workers by putting in place tough new standards on labor, the environment, and in other areas that will make TPP the most progressive trade deal the world has ever seen.

Trade is embedded in the foundation of a strong, 21st century economy. It’s been central to our economic resurgence, contributing nearly one-third of our economic growth in the recovery and supporting 11.7 million American jobs in 2014 alone. 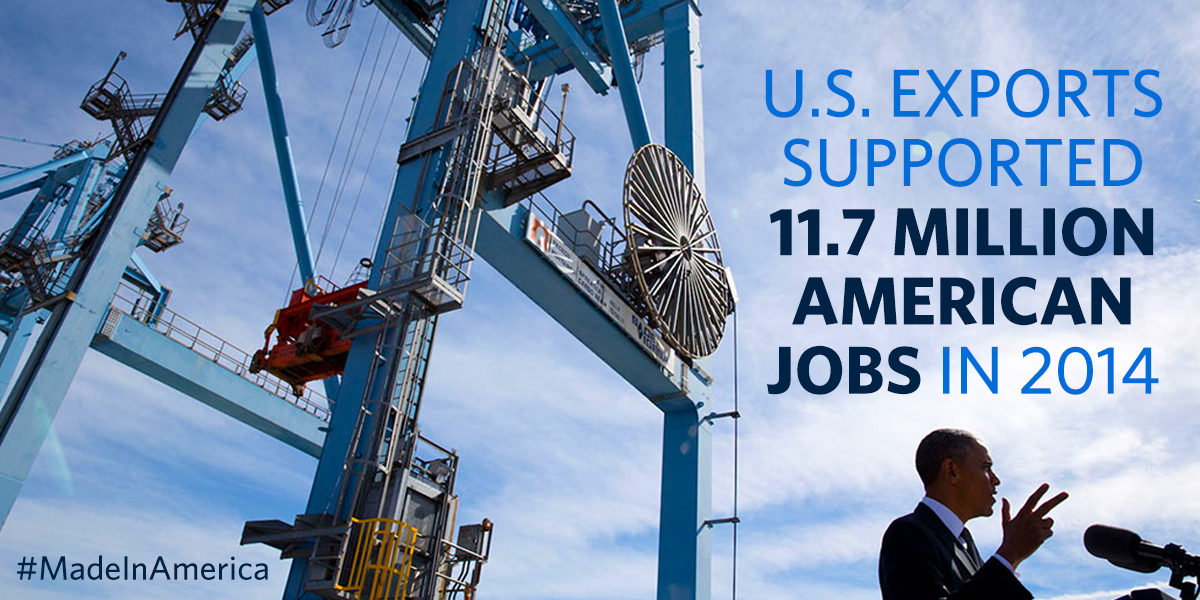 Right now, America is in a race with China to secure a trade deal with countries in the Asia Pacific -- the fastest-growing markets in the world. The countries that would be part of our trade deal, the Trans-Pacific Partnership (TPP), received 62% of U.S. goods exports in 2014.

So the question is not whether we will trade, but how?

As President Obama has said, “past trade deals haven’t always lived up to the hype. That’s why I’ve made it clear that I won’t sign any agreement that doesn’t put American workers first.”

TPP gives America the greatest opportunity to change these rules and level the playing field for American workers. How? By putting in place tough new standards on labor, the environment, and in other areas that will make the Trans-Pacific Partnership the most progressive trade deal the world has ever seen. 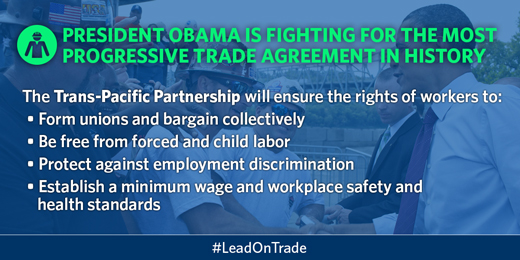 Stronger protections for the environment: 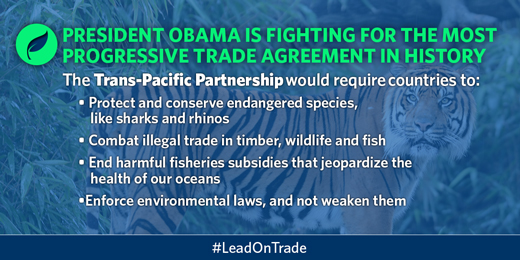 Stronger protections of a free and open Internet: 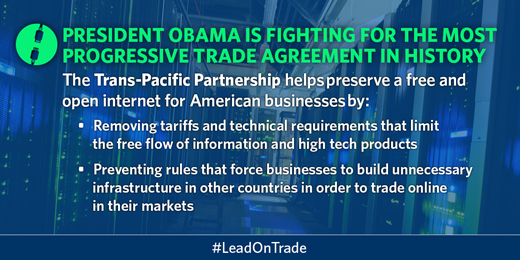 We know that these standards are ones that will level the playing field, because – for the first time – President Obama invited the people who will be most impacted by these rules to the negotiating table: 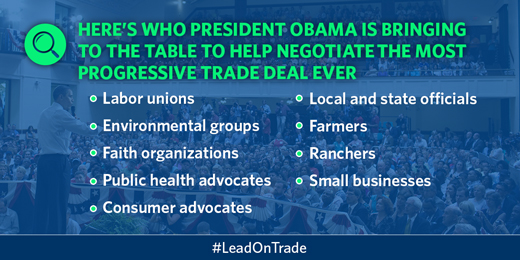 If we don’t secure this trade agreement, Americans will be forced to accept the status quo – which is bad for small businesses, bad for American workers, and bad for our future leadership.

We would lose opportunities to create new high-paying jobs through expanded exports because:

We would fail to secure strong labor and environmental standards for trade in the world's fastest-growing region:

We would continue to be hamstrung in protecting American innovation:

If we don’t write the rules of 21st century trade, China will – and in that scenario, American workers lose.

It’s time to level the playing field and secure a trade deal that reflects the best of our values and ensures the strength of our economic future.