The March that Changed Us: Selma, Alabama, Then and Now

March 7, 2015 at 5:08 PM ET by Jenna Brayton
Twitter Facebook Email
Summary:
Learn about the events in Selma, Alabama, and why President Obama traveled to Selma to commemorate the historic march.

In March of 1965, thousands of people marched 54 miles from Selma, Alabama to the state capital of Montgomery to protest the disenfranchisement of African Americans and in support of civil rights for all.

The first of three Selma marches took place on March 7, 1965. As the marchers were walking out of Selma, only six blocks from where they started, they were stopped on the Edmund Pettus Bridge. There, state troopers and other residents attacked the unarmed marchers with clubs and tear gas to keep them from getting to the capital. The attack on the peaceful marchers on the bridge on March 7 was captured by journalists and quickly spread around the world, becoming known as “Bloody Sunday.”

Two days later, Martin Luther King Jr. led a symbolic second march, to show solidarity and stand with those who were beaten and bruised on Bloody Sunday. The marchers were again met by Alabama state police officers, and this time the marchers retreated, avoiding another bloody confrontation.

But the marchers would not quit.

The Johnson administration knew that they had to do something. President Lyndon B. Johnson was following the Selma situation very closely, and had tasked his personal aide Jack Valenti with providing updates. 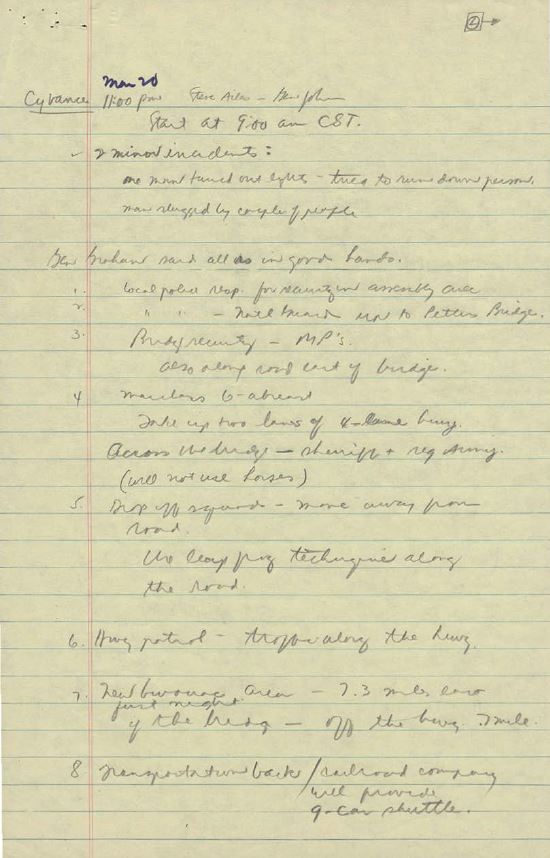 After the events of Bloody Sunday, and in anticipation of the third march, President Johnson decided to mobilize the National Guard in Alabama to help. 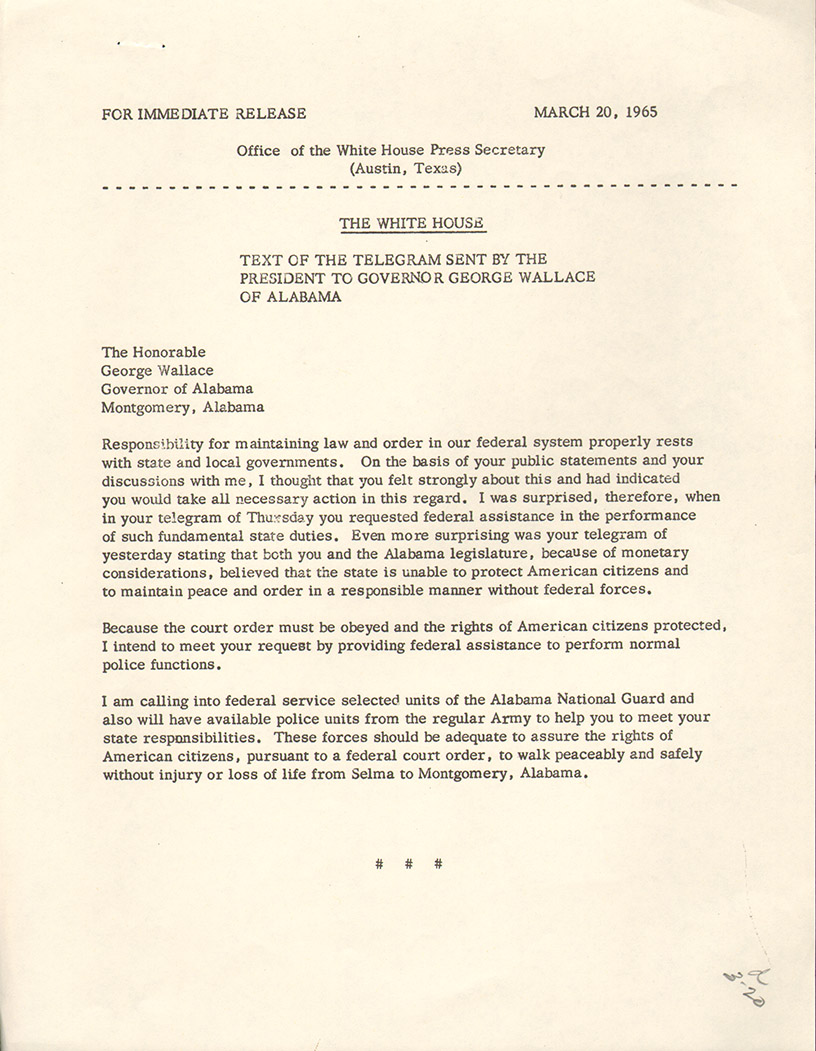 A White House press release from March 20, 1965 announcing the Johnson administration’s decision to federalize selected units of the Alabama National Guard to protect American citizens walking peacefully from Selma to Montgomery. (by the Lyndon B. Johnson Presidential Library and Museum)

On March 21, 1965, civil rights leaders organized the third and final Selma march. This time, with the help of the National Guard federalized by President Johnson, the marchers made it past the Edmund Pettus Bridge: That day, about 3,000 marchers began the 54-mile journey to Montgomery, walking 12 miles a day and sleeping along the side of the road. They finally made it to the Alabama State Capitol on Thursday, March 25, where they delivered a petition of grievances to Alabama Gov. George Wallace.

So why did President Obama visit Selma today?

The events of Bloody Sunday and the other marches galvanized the country and led to the quick passage of the Voting Rights Act of 1965. Today, President Obama and his family traveled to Selma to honor the 50th anniversary of the 1965 historic civil rights marches, and to pay tribute to the Americans who changed the course of history there.

"Selma is about the courage of ordinary people doing extraordinary things because they believe they can change the country, that they can shape our nation’s destiny. Selma is about each of us asking ourselves what we can do to make America better."