March 9, 2015 at 1:55 PM ET by Ralph Becker
Twitter Facebook Email
Summary:
Mayors from across the country gathered with President Barack Obama for the 50th National League of Cities (NLC) Congressional City Conference, highlighting how local governments can lead in strengthening the response to climate change.

As mayors from across the country gather today with President Barack Obama in Washington, D.C. for the 50th National League of Cities (NLC) Congressional City Conference, local climate action is taking center stage. Since the effects of climate change, which impose a serious threat to our nation’s communities, are felt most urgently at the community level, local governments are leaders in strengthening the response to climate change. 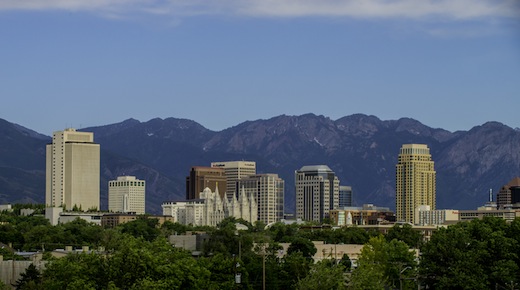 NLC is the nation’s largest and most representative membership and advocacy organization for city officials, comprised of more than 19,000 cities, towns, and villages representing more than 218 million Americans. Its members consistently place climate action as a top priority.

As President of NLC, I recognize the importance of leading by example and have called on the NLC membership to become an “army of advocates” to work with the federal government to assist and support state, local, and tribal action on climate change.

In Salt Lake City, Utah, we are the proverbial canary in the coalmine, thanks to our unique geography. Since mountains ring our city, air pollution often becomes trapped during the winter months, resulting in poor air quality and health alerts until the next storm literally clears the air. Additionally, as the climate warms and the snowpack from those nearby mountains is impacted, our water supply for the entire region is threatened.

For this reason, we’ve piloted many air quality and water quality/conservation programs that involve our nonprofit, business, and faith communities, with everyone working together towards a common goal.

Preparing for the Future

While we have been fortunate not to face a catastrophic climate event to date in Salt Lake City, we are aggressively preparing for future climate challenges. We realize that the investments we make today in addressing these challenges will not only make Salt Lake City more resilient, but also will improve our citizens’ health and the ensure the future livability of our community.

While the environmental consequences of a changing climate vary by geography, at the NLC, we recognize the critical role the federal government plays in supporting cities to build resilient communities. These include policies, programs, tools, and resources that support and augment our resiliency efforts, provide incentives and encourage innovation.

The President has been a close friend and ally of America’s cities, facilitating important work on climate change by bringing together local officials from across the country for the White House Climate Preparedness and Resilience Task Force, a collaborative process I was honored to be a part of.

Salt Lake City was recognized for the development of a comprehensive and well-integrated portfolio of programs and policies, including renewable energy, transportation, code revisions, water systems, and building policies as priorities. The city also established a joint resolution to reduce its carbon footprint by 20 percent below 2005 levels by 2020, and 50 percent below 2020 levels by 2040. Progress towards our climate goals can be tracked at http://dashboard.slcgov.com.

Salt Lake City has been measuring our greenhouse gas emissions since 2002, and now can identify every department and division’s emissions by source, so they can implement specific reduction strategies. And our citizens are paying attention and participating; it certainly helps that they can see the air quality vary from day to day, and from week to week.

For this reason, the City also has found success in tying climate action to local air quality. By connecting to a local issue with widespread interest, we were able to bring together a diverse group of stakeholders to create a proactive community engagement program to reduce single-occupant vehicle miles and emissions.

Since its inception in 2009, the Clear the Air Challenge (www.CleartheAirChallenge.org) has reduced more than 9.5 million single-occupant vehicle miles and over 7.5 million pounds of greenhouse gas emissions. 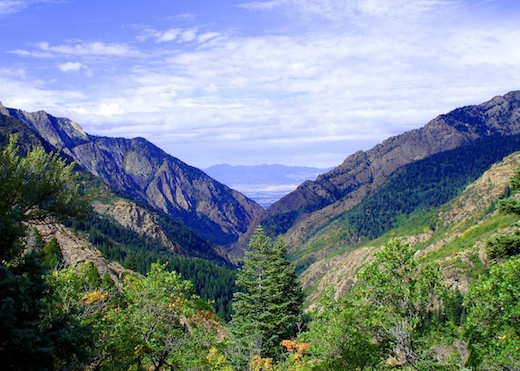 The strength of the Challenge has been its ability to tap into Utah values and engage not only the green community, but also the nonprofit, faith, and business communities in a proactive and measurable campaign to improve our quality of life.

As we gather in Washington, D.C. today with the President, I know we will find inspiration and ideas from many colleagues and municipalities. I’m confident that our efforts, and the investments made today, will create healthier, cleaner, and more vibrant communities for generations to come.

In this process, we look forward to continued collaboration with the Administration to strengthen the connections that unite all levels of government working to make our communities, and our country, stronger, even as we face still uncharted territory ahead.