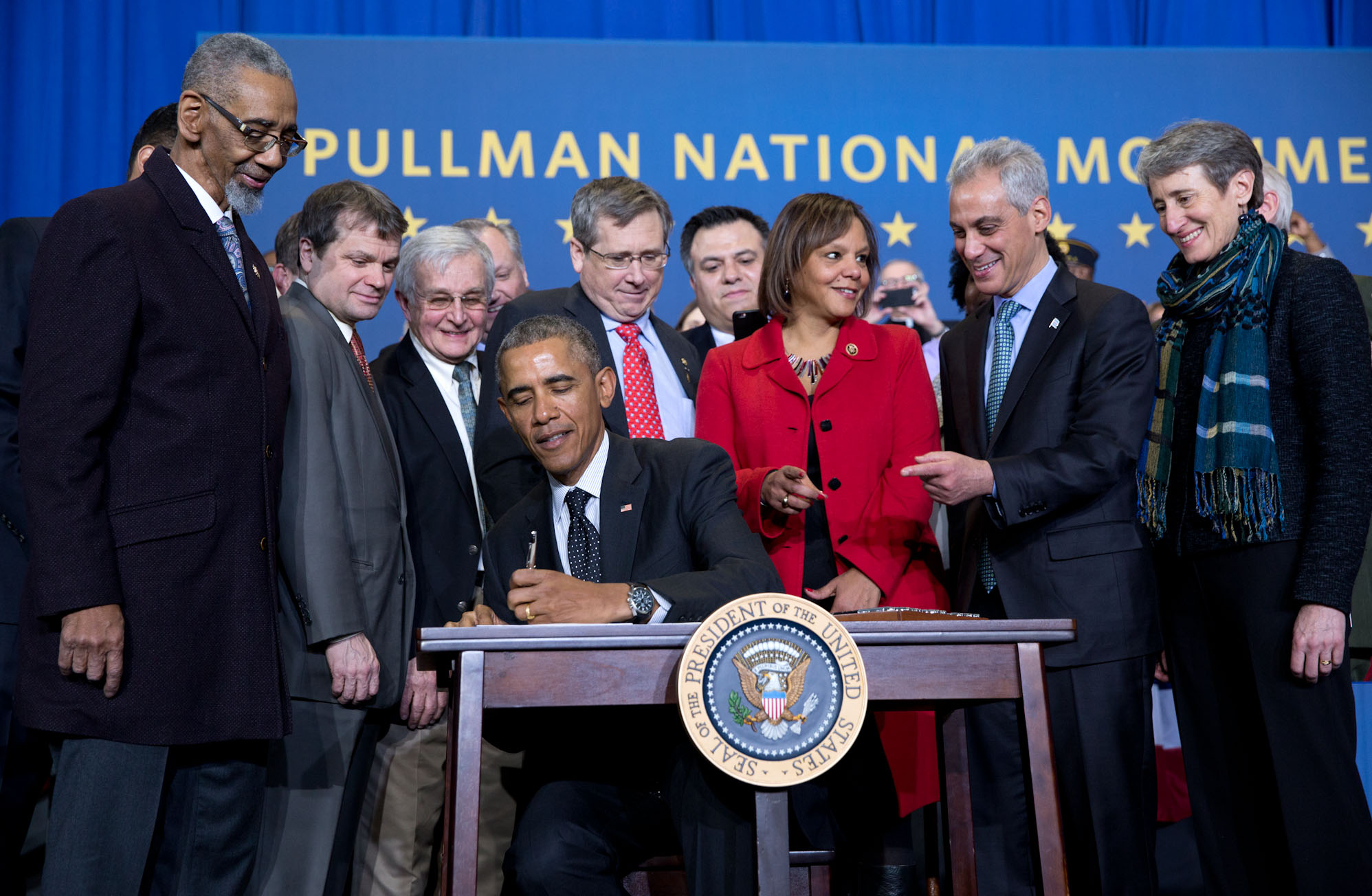 No matter who you are, no matter where you live, our parks and our monuments, our lands, our waters -- these places are the birthright of all Americans.
President Obama, February 19, 2015

With more than 80 percent of families living in urban areas, finding safe, open spaces to enjoy time outdoors can be a challenge for many Americans. Children, especially, are spending less time playing outside than ever before. But when children get the chance to explore the outdoors and experience nature in America’s unparalleled public lands and waters, they can learn an appreciation that will last a lifetime. It’s our responsibility to give them that chance.

That’s why last month President Obama issued a call to action to get all children to visit and enjoy America’s great outdoors. And today, Secretary of the Interior Sally Jewell launched the 50 Cities Initiative to engage the next generation of outdoor stewards.

The initiative, which supports the Department of the Interior’s (DOI) goal of 1 million volunteers on public lands each year, will increase awareness, support, and participation in outdoor programs in 50 U.S. cities. So far, DOI has announced 11 cities, which were recognized for their impressive existing engagement efforts and extraordinary potential. Additional cities will be announced over the next two years -- with 25 total selected in 2015, and another 25 in 2016.

The initiative is supported by a collaboration across sectors, relying on a $5 million commitment from American Express and the extensive community connections of the YMCA. This partnership will support a community coordinator working in each city who will engage thousands of volunteers every year.

These types of partnerships are essential for helping youth connect to the outdoors. Because the truth is, there are often serious financial barriers keeping kids from getting out to public lands and waters. But when communities come together, and the private and nonprofit sectors join forces with government, we can give every kid the opportunity to discover the special places President Obama has called “the birthright of all Americans.”

That’s the idea behind the 50 Cities Initiative, and it’s the idea behind the President’s Every Kid in a Park initiative as well. Beginning this fall, Every Kid in a Park will give every fourth-grader and their families a free pass to America’s federal lands and waters for an entire year. The initiative will also leverage public and private resources to improve access to our public lands and waters for all kids, especially those with the greatest financial need.

And that’s just the beginning. As we gear up for the National Park Service’s 100th birthday celebration next year, the Administration will continue to look for ways to help all Americans discover America’s lands and waters. Because every child deserves to experience the richness of our natural heritage and the uniqueness of our history and culture. And every experience – whether the first or the fiftieth – should be unforgettable.

Christy Goldfuss is Managing Director at the White House Council on Environmental Quality.