March 16, 2015 at 10:54 AM ET by Jenna Brayton
Twitter Facebook Email
Summary:
President Obama visits Phoenix, Arizona, to hear about the progress being made at the VA and to make a surprise visit to Sergeant First Class Cory Remsburg, a wounded Army Ranger.
On Friday, President Obama traveled to Phoenix, AZ to visit the Phoenix VA medical facility and to participate in a roundtable discussion with the Veterans Affairs Secretary Bob McDonald, Deputy Secretary Sloan Gibson, and veterans to hear about the progress we've made to improve the VA’s ability to serve our veterans. 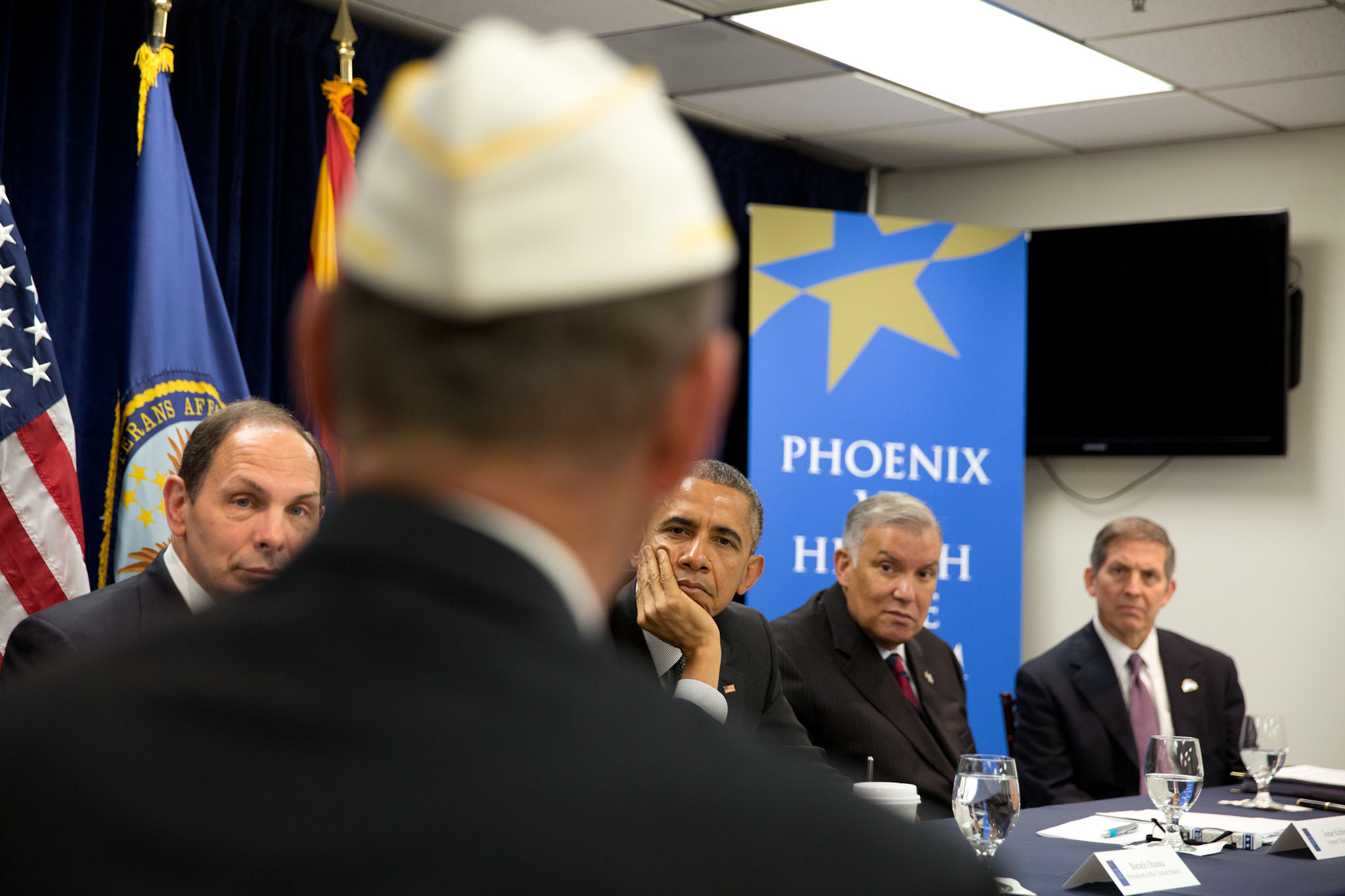 While in Phoenix, the President announced the launch of an advisory committee: The MyVA Advisory Committee will advise the VA on additional ways the VA can work to improve customer service delivery and veterans’ outcomes. President Obama also charged the new committee with assessing what progress has already been made at the VA to improve veterans’ access to quality medical care.
Secretary McDonald noted that the success of MyVa will be measured by veterans who were better served by the VA, and called its work “incredibly important.” The MyVA Advisory Committee is made up of private sector, nonprofit, and government leaders including:

"It's important that veterans know that somebody's got their backs, and that, if there are problems, that we're not being defensive about it, not hiding it."

President Obama made one last surprise stop at the new home of Sergeant First Class Cory Remsburg. Cory and President Obama have met a few times – six, to be exact – and the President wanted to stop by and see his new place. Cory, a wounded Army Ranger, just moved into a new home bought and renovated for him by volunteers, the Army Ranger Lead the Way Fund, and the Homes for Wounded Warriors foundation.
President Obama joked to Cory: “I was in the neighborhood and I heard there was a barbeque going on.”
The President didn't come empty handed, bringing White House blonde ale and jars of honey made from the White House beehive as a housewarming present from himself and the first lady.

"There aren’t that many people that I’ve met during the course of my presidency or my life that have inspired me more."