"Something Worth Fighting For": President Obama on the Importance of Funding Local Education

March 17, 2015 at 11:20 AM ET by Miranda Houchins
Twitter Facebook Email
Summary:
On March 16, 2015, President Obama delivered remarks on his education priorities to the Council of the Great City Schools. 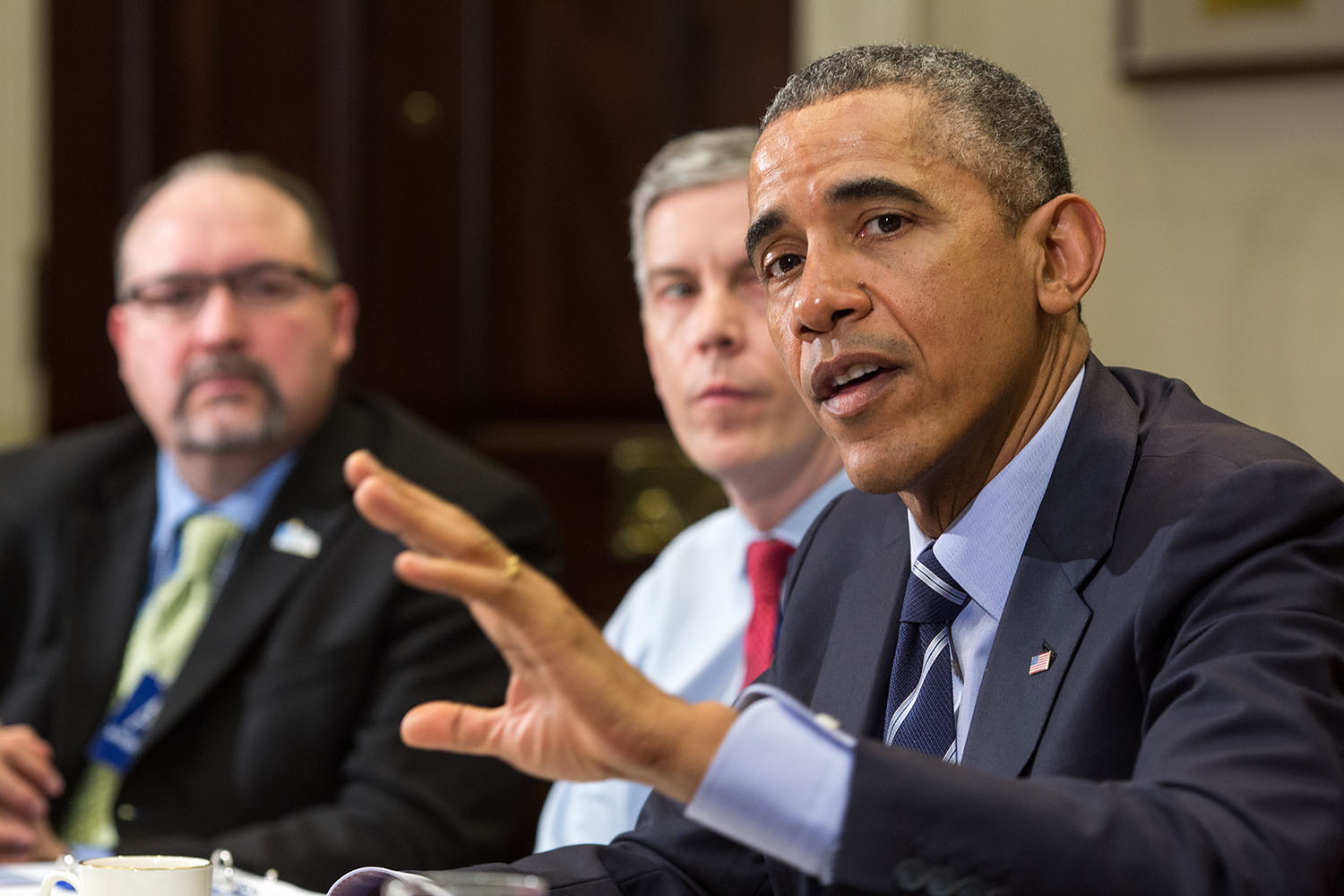 President Barack Obama delivers a statement to the press while meeting with the leadership of the Council of the Great City Schools in the Roosevelt Room of the White House, March 16, 2015. (Official White House by Chuck Kennedy)

Yesterday, President Obama spoke to the Council of the Great City Schools about the exceptional progress being made within local and state education levels. The work of our administrators and educators has been more impactful than ever, resulting in higher standardized test scores in some of the previously lowest-performing schools and increased resources for students.

In fact, more graduation caps are going airborne as high school students are graduating at the highest rate ever recorded, with the largest improvement among minority and low-income students.

See what President Obama had to say about what we must do to improve access to quality education in America:

This funding is an investment in our nation's future that has been able to give the kind of education our children need and deserve to compete in the 21st century.

President Obama hopes that the upcoming budget plan by the Republican House and Senate will reflect the priorities of educating every child. If their new budget maintains sequester-level funding of the past, we would actually be giving less federal support to America’s schools than we were back in 2000.

Most alarmingly, if their current proposal is not changed, over the next six years, billions of dollars would be cut in education funding. That means we'd be cutting the support given to America's most impoverished schools, the funding that has helped create the progress we're seeing today.

"The notion that we would be going backwards instead of forwards in how we’re devoting resources to educating our kids makes absolutely no sense."