The President's Trip to Ohio: "This Progress Is No Accident"

March 19, 2015 at 12:01 PM ET by Chris Evans
Twitter Facebook Email
Summary:
The President traveled to Cleveland, Ohio yesterday to tour the MAGNET innovation center at Cleveland State University and to answer questions at The City Club of Cleveland.

President Obama traveled to Ohio yesterday to tour an innovation center at Cleveland State University and to answer questions at The City Club of Cleveland -- a Presidential tradition stretching back to President Reagan.

The President began his day-long trip to the buckeye state with a stop at the Manufacturing Advocacy and Growth Network’s (MAGNET) Innovation Center. 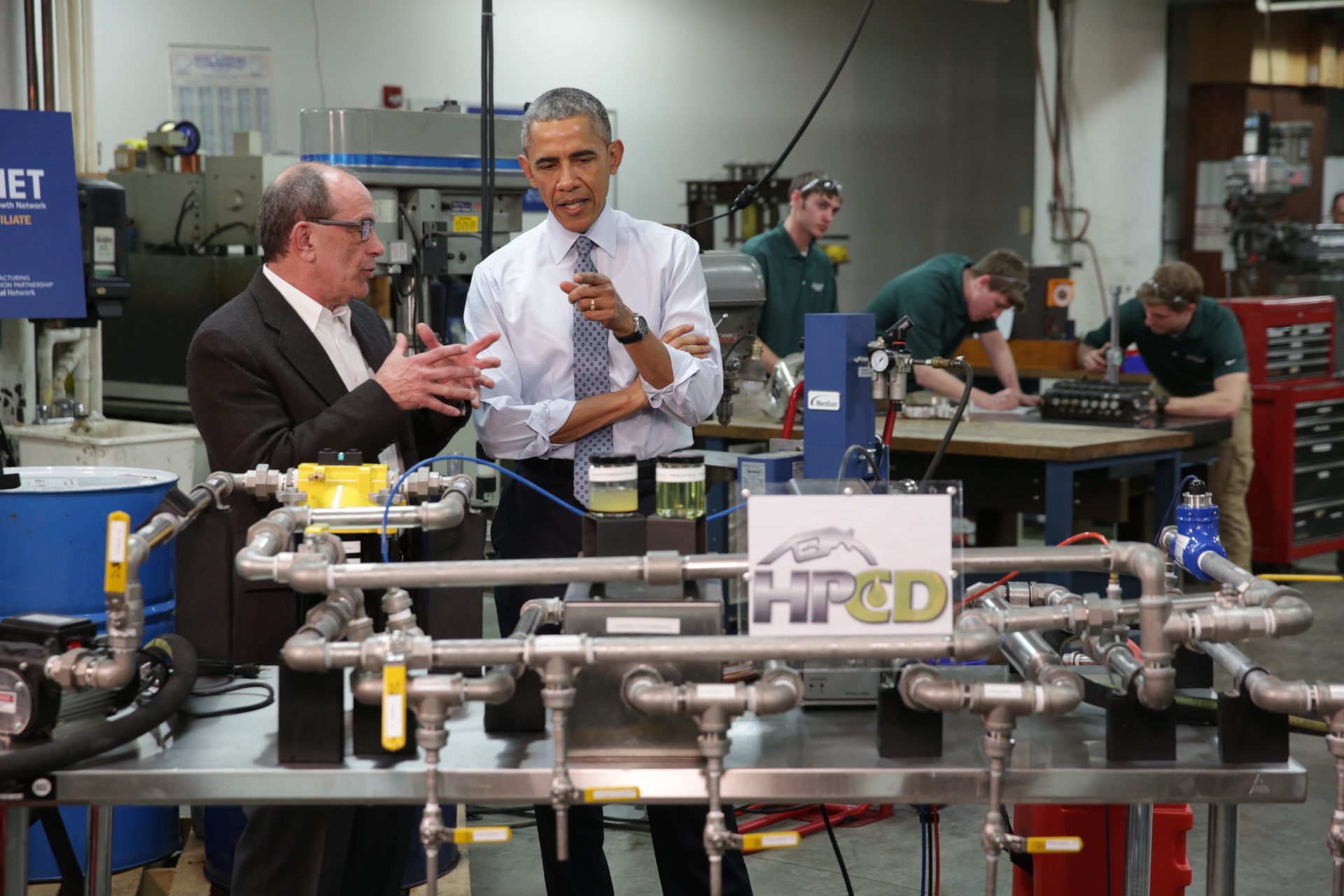 MAGNET is a non-profit that works to stimulate manufacturing throughout northeast Ohio. Beyond advocating for manufacturers, MAGNET provides businesses and start-ups with the production space they need to get off the ground.

The President had the opportunity to meet with representatives from four local businesses including Cleveland Whiskey -- just one of many Ohio businesses that have benefitted from growth in our economy and an increase in jobs and manufacturing. We’re currently in the midst of the longest stretch of private-sector job growth on record, with American businesses adding more than 200,000 jobs each month for 12 consecutive months.

Check out the President's tour of MAGNET:

To support the great work that businesses in Ohio and all throughout America are doing, the President announced nearly $500 million in public-private investments to strengthen U.S. advanced manufacturing by investing in new technologies and supporting small manufacturers. The President also called on Congress to do its part to make bipartisan investments that are needed to strengthen manufacturing across the United States, including in places like Ohio.

Following his tour of MAGNET, President Obama traveled to the Global Center for Health Innovation to take questions from The City Club of Cleveland. Founded in 1912, it's the nation’s oldest continuous independent free speech forum and strives to inform, connect, and motivate citizens to take action and stay active in the community. “In a democracy, the most important office is the office of citizen,” the President said. "And the City Club tradition reflects that.”

The President began by noting where our American economy is today and delivered remarks that laid out his budgetary priorities. Our unemployment rate has fallen from 10 percent in 2009 to 5.5 percent today, we’ve seen 60 consecutive months of job growth, and we’ve added 12 million new jobs.

“Now, this progress is no accident.

First and foremost, it’s the direct result of you,

the drive and determination of the American people.”

After 12 million new jobs, a stock market that has more than doubled, graduation rates up, deficits that have been cut by two-thirds, health care inflation at the lowest rate in nearly 50 years, the uninsured number dramatically lower, the manufacturing and auto industries coming back, and clean energy doubled, it’s not the time to go back.

The President spoke about the House Republicans’ proposed budget and how it would fail to move America forward. Their budget works to cut investments in education to their lowest levels since 2000, strip quality and affordable healthcare from millions, raise taxes on working families, and give tax breaks to millionaires. “These aren’t just new cuts; these are some of the greatest hits on this broken record,” said the President.

“I’m offering a different path. The budget I’ve put forward is built on middle-class economics--the idea that everybody does best when everybody gets their fair shot, and everybody is dong their fair share, everybody plays by the same set of rules.”

The President then took questions from those in the audience. Watch the President’s remarks and his responses: