A Royal Visit: Prince of Wales and Duchess of Cornwall Visit the White House

March 19, 2015 at 7:41 PM ET by Chris Evans
Twitter Facebook Email
Summary:
The Prince of Wales and Duchess of Cornwall met with President Obama and Vice President Biden today. It's part of their four-day visit to Washington, D.C.

The Prince of Wales and Duchess of Cornwall met with President Obama and Vice President Biden today. The mid-afternoon Oval Office meeting underscored the special relationship between the United States and the United Kingdom. The President conveyed the level of respect that the American people have for the two royals. “I think it’s fair to say that the American people are quite fond of the royal family,” said the President. “That’s awfully nice to know,” Prince Charles said in return. 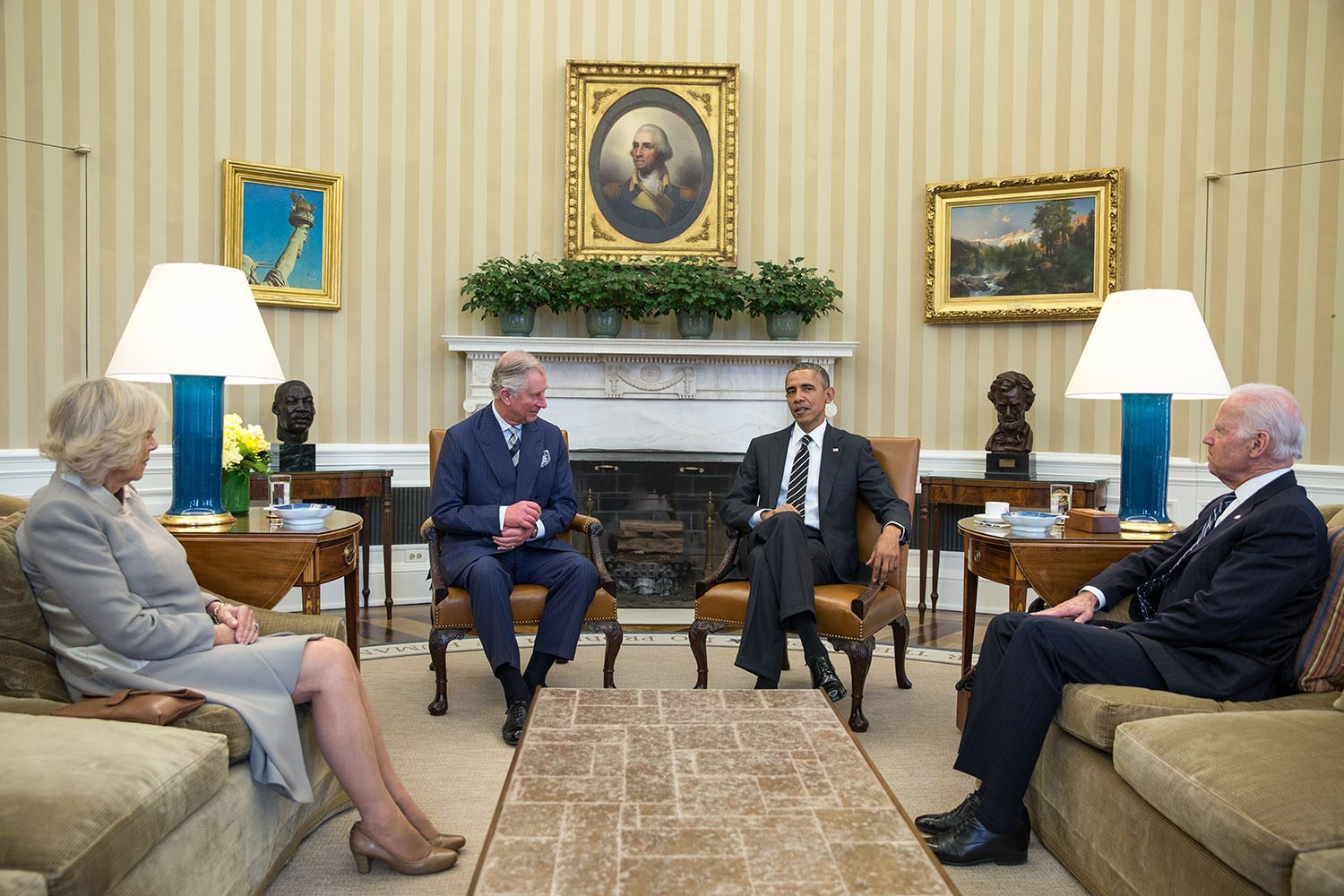 This is the Prince and Duchess’ third official trip to the United States and is part of a four-day visit to Washington, D.C. While visiting, they are engaging in activities to promote the United Kingdom’s partnership with the United States in key areas, such as combatting climate change, creating opportunities for youth, encouraging corporate social responsibility, and preserving historical and cultural links.

The Prince and The Duchess have spent part of their trip visiting monuments, Mount Vernon, the Armed Forces Retirement Home, a local international school, the Global Ocean Commission, and the U.S. National Archives, where The Prince marked the 800th anniversary of Magna Carta.

Today w/ #PrinceCharlesofWales talking about #Mandela's work & the stature of Dr. King & what they meant to world. pic.twitter.com/KFeiFmtlKo