This post is part of a series authored by First Lady Michelle Obama to share her visit to Japan and Cambodia and the Let Girls Learn initiative with young people in the U.S.

After visiting the Let Girls Learn training, I traveled to Angkor Wat, a massive, ancient temple located just outside of Siem Reap. Angkor Wat was built in the early twelfth century, and it still stands as the largest religious monument on earth. It has become known as a national symbol for Cambodia — it’s even on Cambodia’s flag. Angkor Wat was originally built to celebrate the Hindu god Vishnu and then later became a Buddhist temple site. It is located in what was the capital of the ancient Khmer Empire here in Cambodia. Back then, temples, homes and farms stretched for miles around, and people created elaborate irrigation structures to bring water from rivers to farmers’ fields.

After meeting with these remarkable young women, I dropped by one of the very first Let Girls Learn trainings for Peace Corps Volunteers and the local leaders, educators and students they’re working with here in Cambodia. Together, they are doing such amazing work. They’re running girls’ leadership camps and girls’ sports teams and learning about health and nutrition, and this training will give them even more skills and tools to educate and empower girls. The Peace Corps will eventually be conducting these girls’ education trainings for all of its nearly 7,000 volunteers, and I cannot wait to see what they do with everything they learn!

Walking through the temple, I saw reminders of the prosperous civilization that built it: hundreds of beautiful figures carved into the walls telling the stories of these ancient people; wide galleries they must have prayed in; long hallways lined with pillars they must have walked down.

No one knows for sure what caused the empire to abandon this temple and the surrounding city, but in the 15th century, almost everyone left. Trees grew over the stones. Only Buddhist monks stayed behind to care for — and pray in — the hidden temples.

But that didn’t stop pilgrims and visitors from continuing to journey here to take in these incredible structures. And now, centuries later, I couldn’t be more thankful to count myself as one of these visitors. 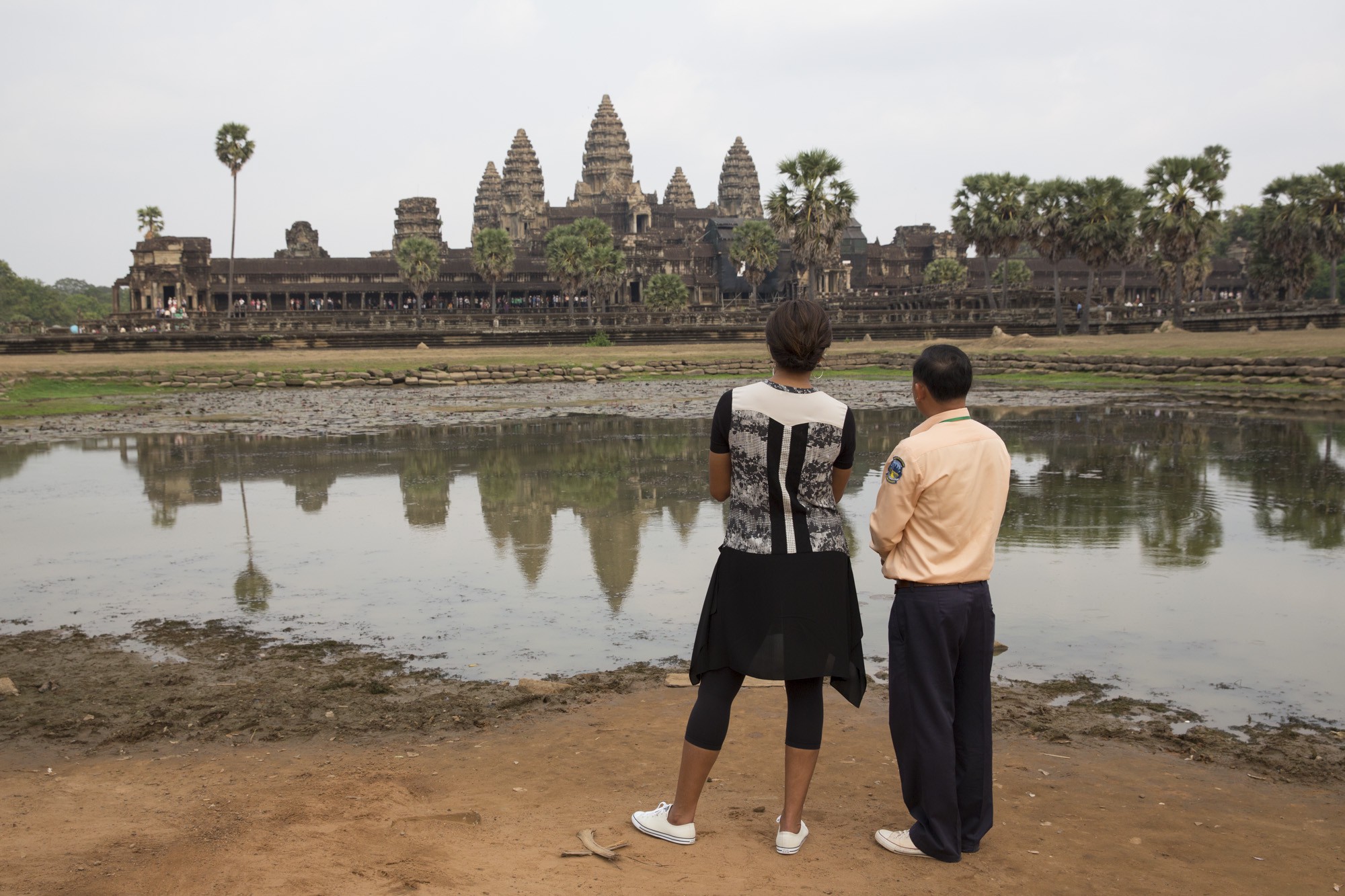 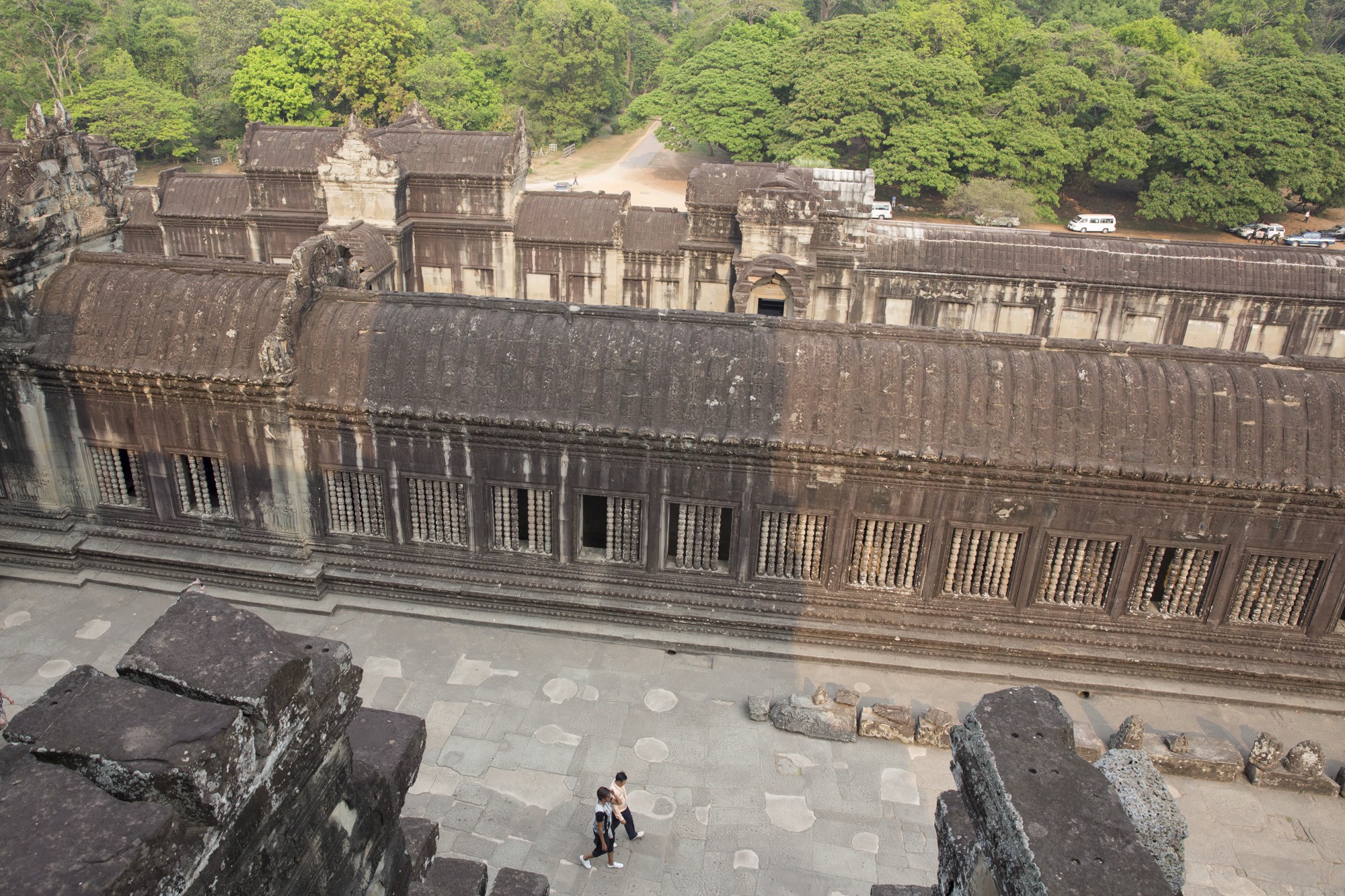