What You Missed: The White House Student Film Festival

This weekend, President Obama hosted the second annual White House Student Film Festival. Check out who kicked off the show!

A few months ago, we asked students across the country to create short films about the Impact of Giving Back, and to show us what service meant to them. We received more than 1,500 submissions this year, and this past Friday and Saturday, we screened our 15 Official Selections at the White House.

We saw films that showcased a real drive to give back. We saw students go into their communities and make changes to help others. We saw young filmmakers show how one person really can make a difference, big or small. We even saw one superhero who used his super powers for good.

And "kid president" wasn't the only person to lend his star-power to the event. Hilary Swank, Steve McQueen, Jake Johnson, Terrence J, LaLa Anthony, Kal Penn, Amber Riley, Michael Ealy, and Will Packer all joined us at the White House to support the President’s Call to Arts initiative, and to emphasize the importance of giving back to your community at the White House Student Film Fest.

Even though the film fest is over, the fun isn't. At the film fest, the President committed himself to making a difference too! On Friday, he announced the creation of the new Call to Arts initiative, a program in partnership with the American Film Institute and the Screen Actors Guild-America Federation of Television and Radio Artists (SAG-AFTRA) to encourage mentorship. 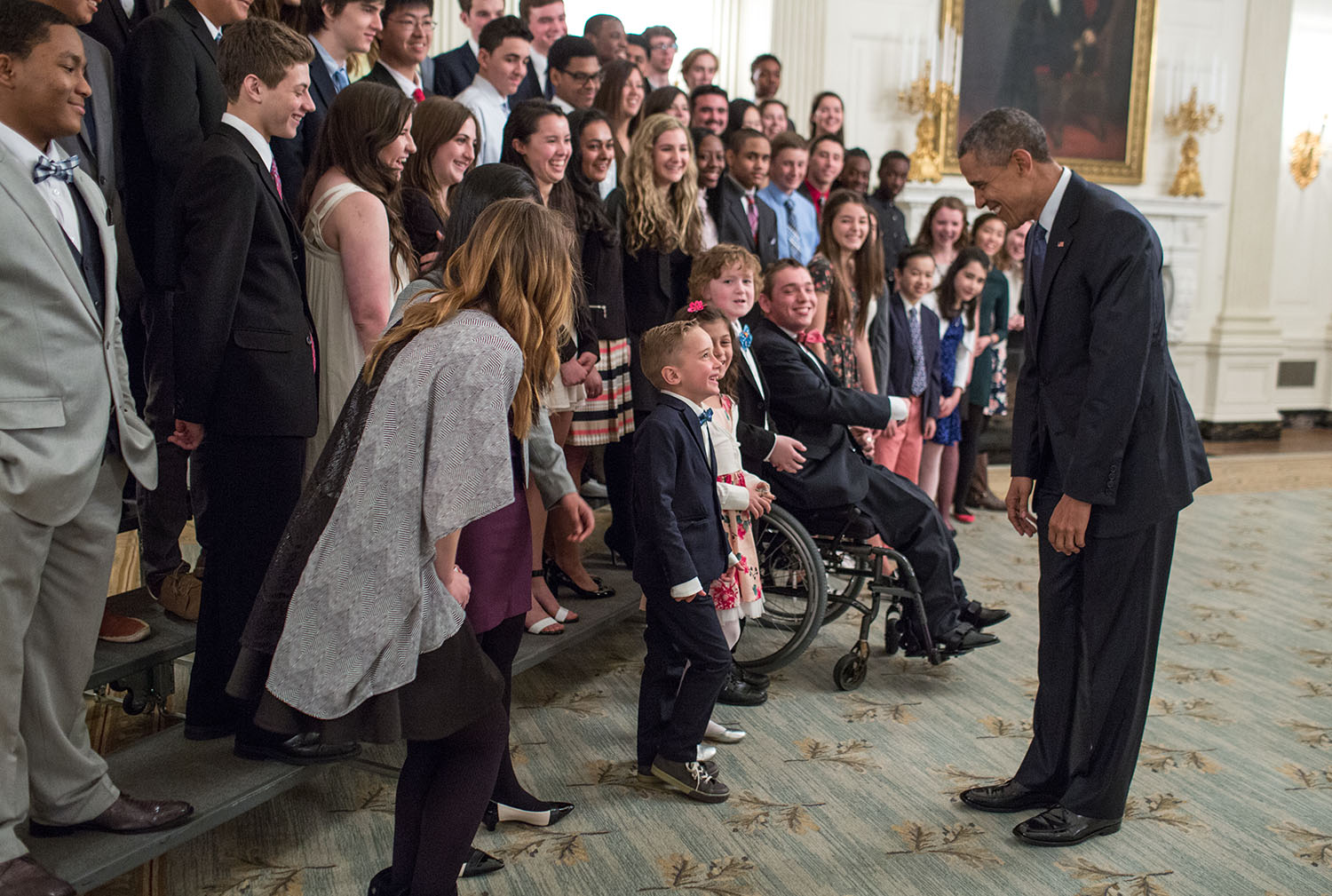 President Barack Obama interacts with a young participant as he talks with students in the State Dining Room during the White House Student Film Festival, March 20, 2015. (Official White House Photo by Pete Souza)

The American Film Institute (AFI), the Screen Actors Guild-America Federation of Television, and Radio Artists (SAG-AFTRA) both answered the call, and are teaming up to pledge 1 million educational and mentoring program hours for young people across the country over the next three years.

If you missed the White House Student Film Festival this weekend, be sure to check out all the Official Selections here.

And, if you'd like more information about the President's Call to Arts, check here or visit Serve.gov/CallToArts.