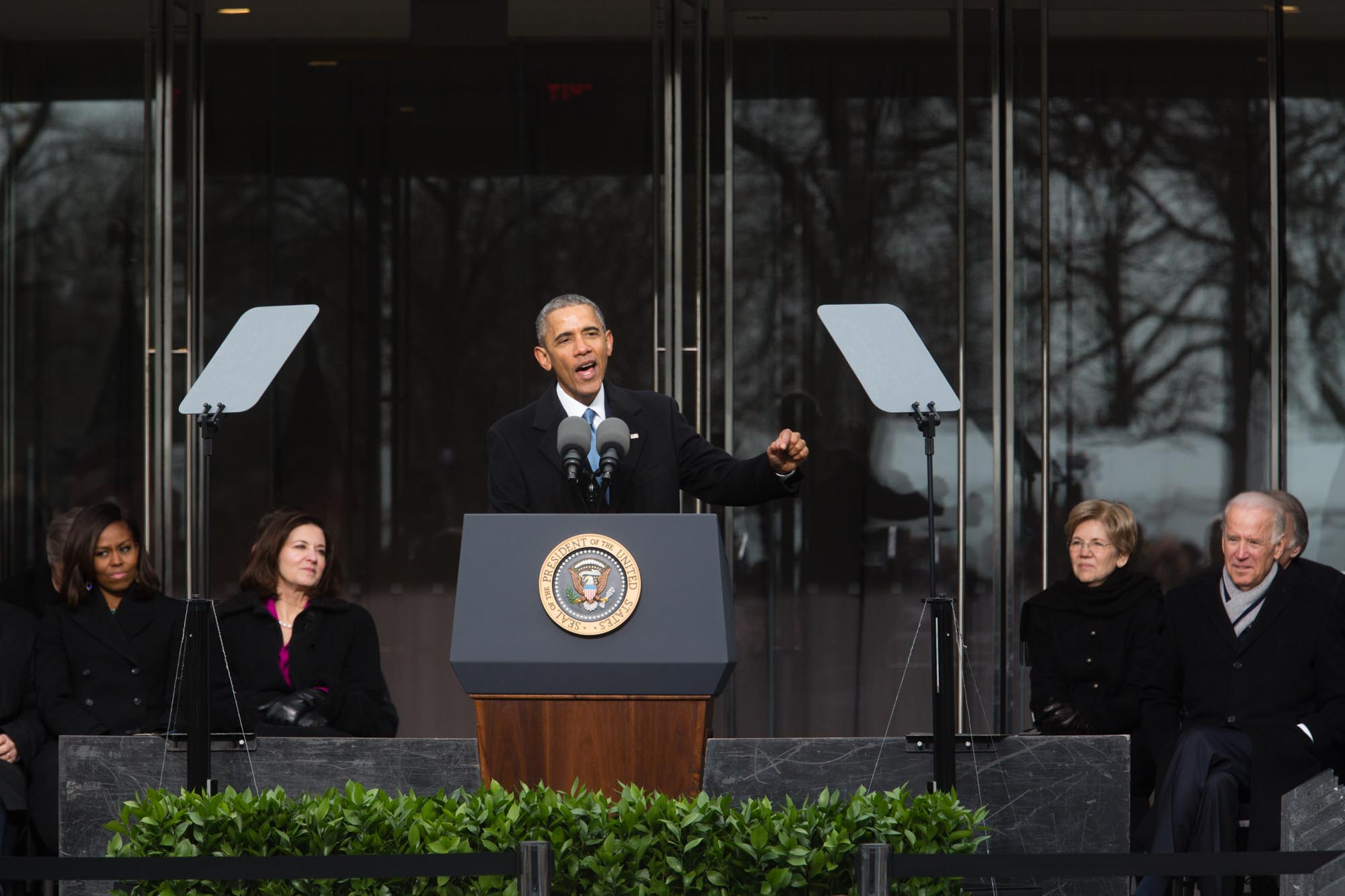 President Obama, Vice President Biden, and the First Lady traveled to Boston today to celebrate the opening of the Edward M. Kennedy Institute for the United States Senate. The building — complete with a full-scale replica of the United States Senate chamber — honors the life and legacy of Edward "Ted" Kennedy, who served as a U.S. Senator from 1962 to 2009.

Located adjacent to the John F. Kennedy Presidential Library and Museum, the Institute offers interactive exhibits, a replica of Sen. Kennedy’s D.C. office, and historic documents and memorabilia from the Senator’s life.

“The John F. Kennedy Library next door is a symbol of our American idealism. The Edward M. Kennedy Institute for the United States Senate is a living example of the hard, frustrating, never-ending, but critical work required to make that idealism real,” President Obama said today.

Calling Sen. Kennedy a friend who he owed a lot to, President Obama paid tribute to the Senator's accomplishments. The President also acknowledged the many ways in which the Institute would impact future generations and carry on Sen. Kennedy’s legacy.

“It’s hard for our children to see, in the noisy and too often trivial pursuits of today’s politics, the possibility of our democracy,” the President said. “And this place can help change that.”

Here are six of the most memorable quotes from President Obama’s speech:

“Ted understood that the only point in running for office was to get something done.”

"We can come together on some things. And those 'somethings' can mean everything to a whole lot of people." —President Obama #EMKInstitute

"May we all remember the times this American family has challenged us—to ask what we can do; to dream and say why not" —Obama #EMKInstitute

“His life’s work was not to champion those with wealth or power or connections; they already had enough representation. It was to give voice to the people who wrote and called him from every state, desperate for somebody who might listen and help. It was about what he could do for others.”

"For all the imperfections of our democracy, the capacity to reach across our differences is something that’s entirely up to us." —Obama

Learn more about the Edward M. Kennedy Institute for the United States Senate, and read the President’s full remarks from today's ceremony.