Celebrating Passover at the White House 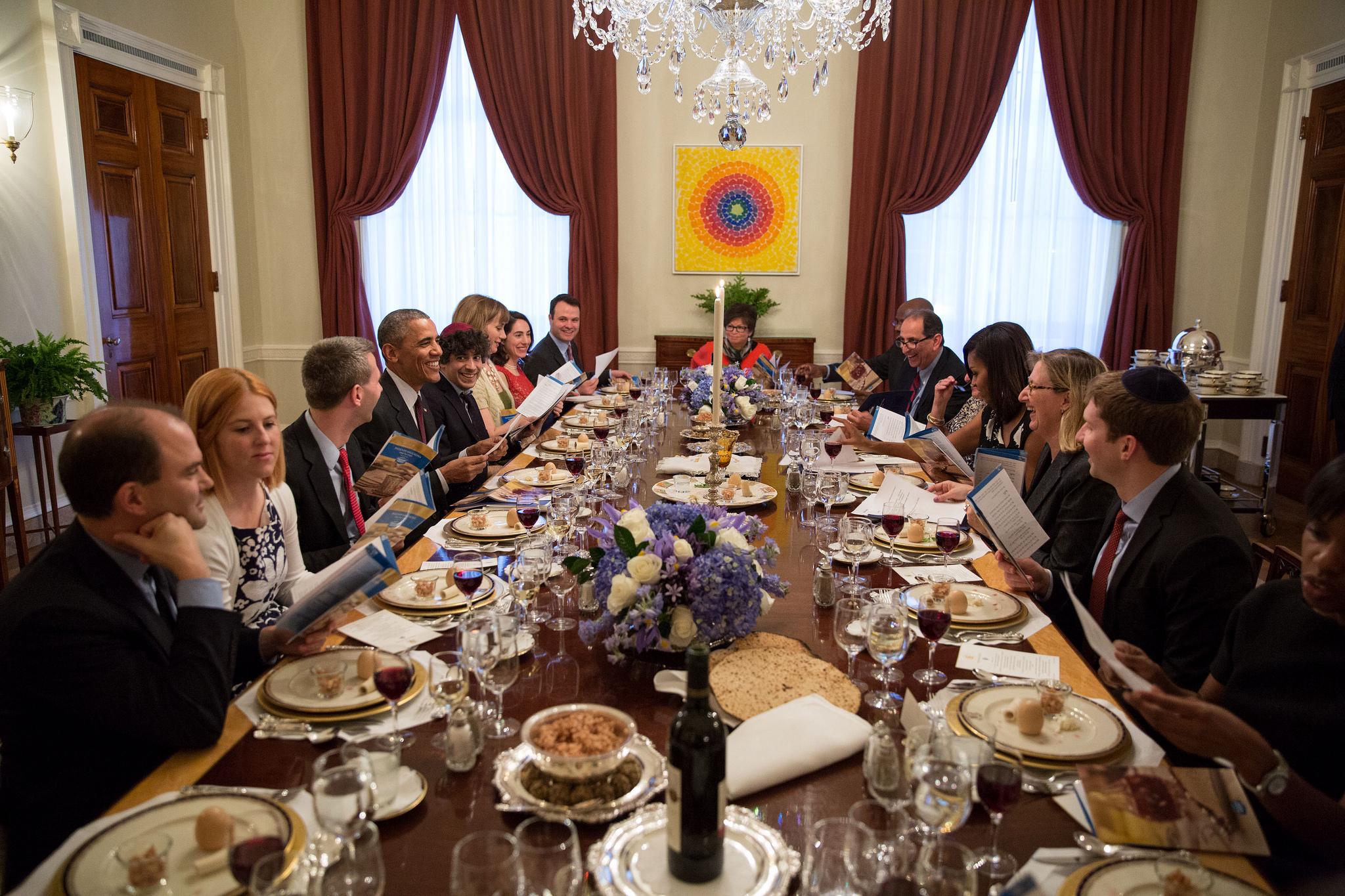 For the seventh year in a row, President and Mrs. Obama hosted the annual White House Seder. The Seder provides an opportunity for the First Family to join in retelling the story of the Israelites’ arduous journey through the desert from slavery in Egypt to liberation in the Promised Land. In recounting the story, they joined their guests in performing the Seder rituals and followed the Haggadah’s command that we see ourselves as though we personally were liberated from Egypt. And they acknowledged how this story has inspired generations of Americans in the struggle for civil rights.

This year’s Seder continued a new tradition of having a guest chef. Susan Barocas, one of the inaugural guest chefs from last year – and Washington-based filmmaker and foodie – returned again this year to assist White House Chef Cris Comerford with the meal and brought new additions to the menu, including Moroccan Haroset Balls from the Sephardic tradition, and dishes emphasizing seasonal ingredients, including beets, squash, spring onions, radishes, arugula, potatoes, and sweet potatoes. These recipes were combined with family recipes provided by several of the Seder’s attendees.

Sauté of Green Onions and Radish

Roasted Potatoes with Garlic and Onion