In the Federal Government, we’re doing our part to drive solar growth. On Wednesday, I visited the Army’s Fort Detrick base in Maryland to break ground on an exciting new solar energy project. The project – which includes more than 60,000 solar panels across 67 acres – will help the base meet its electricity needs by producing 15 megawatts of renewable solar energy, enough to power approximately 2,500 homes.

Projects like this are a great example of how Federal facilities are making huge strides toward cleaner energy production and greater energy independence. They also help ensure that the Federal Government does its part to curb the greenhouse gas emissions that drive climate change. For example, the Fort Detrick solar array will cut greenhouse gases by 19,000 metric tons of carbon dioxide each year. That’s equivalent to the carbon absorbed by more than 487,000 trees. 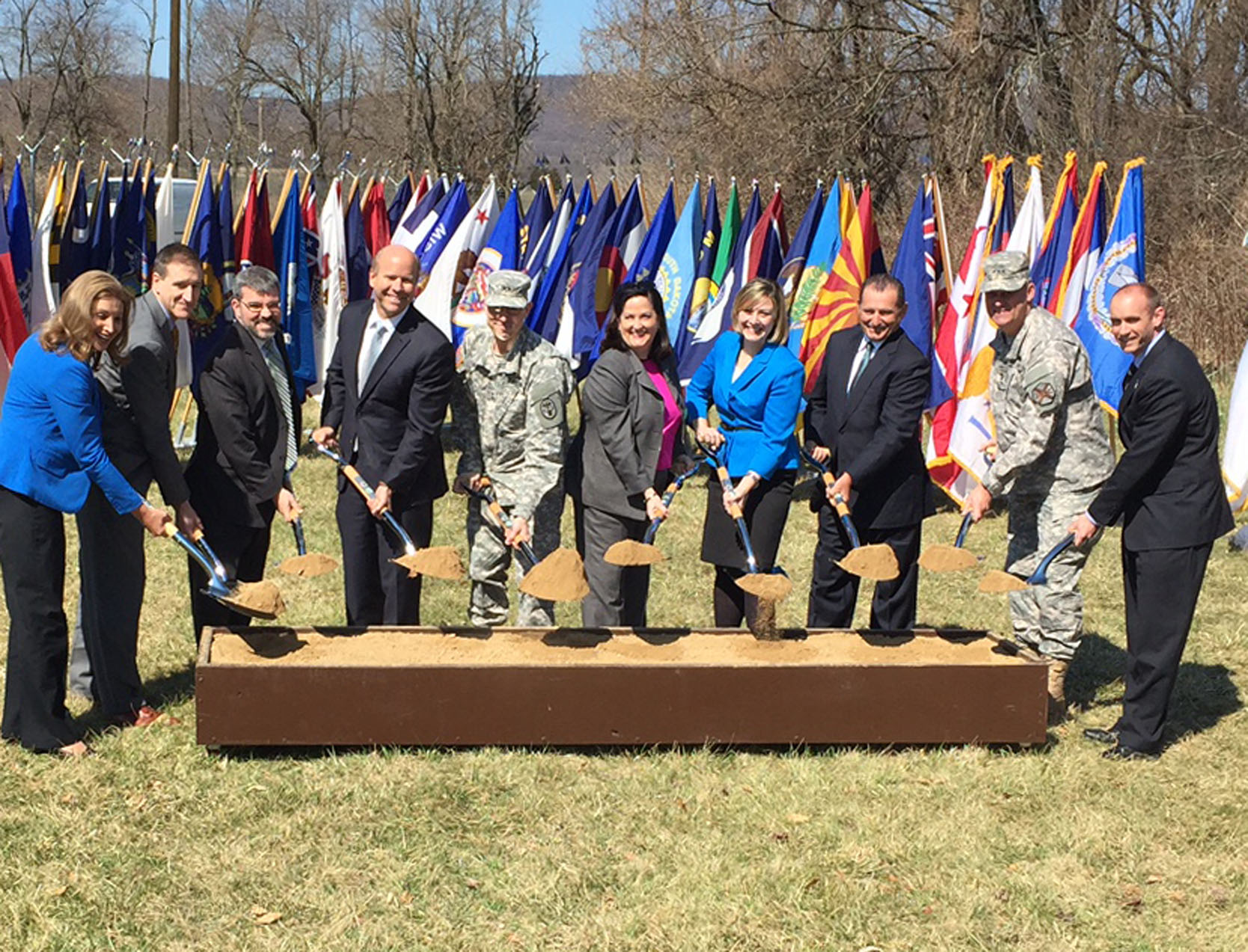 On Wednesday, April 1, the Army broke ground on a 15 MW solar project at Fort Detrick. Photo courtesy of the U.S. Army.

And it’s not just the Army stepping up. Other Federal agencies and branches of the U.S. Military are making progress to meet the President’s goals. Also this week, the General Services Administration (GSA) announced a project to produce 5 megawatts of solar on nine GSA and U.S. Forest Service rooftops in California and Nevada. GSA also awarded two contracts for a total of 81 megawatts of new grid-based solar in Maryland. This project is part of a larger green power initiative issued last year for grid-based green power across regional markets, including a 140 MW wind project in Illinois.

The Navy has found success using a similar regional model. They have already announced plans to install new renewable energy projects to power 14 installations in California, and up to 55 megawatts of new renewable for three installations in Texas, as well as new projects for ten Naval installations in the Mid-Atlantic. The entire Department of Defense is leading the way, making significant progress toward their Climate Action Plan goal of deploying 3 gigawatts of renewable energy by 2025. Over the past year, the Air Force developed a 16 megawatt solar array at Davis-Monthan Air Force Base, Arizona and plans to expand its use of renewable energy with more than 160 megawatts under development. And in addition to the project at Fort Detrick, the Army has announced three 30 megawatt solar arrays at installations in Georgia, the first of which is breaking ground later this month.

All of this progress has an impact outside the Federal Government. For example, the Department of Defense’s steadfast commitment to deploying renewables is driving the development of clean energy technologies across the sector. And by leveraging private sector financing through energy savings performance contracts, they are making these strides without costing taxpayers an extra dime.

This is what leading by example look like. All of these projects will help the Federal Government meet the President’s new goal to cut greenhouse gas emissions 40 percent from 2008 levels by 2025. As President Obama continues to take action to curb emissions and support clean energy, he will continue to rely on the impressive leadership Federal agencies are showing.

Christy Goldfuss is Managing Director of the White House Council on Environmental Quality.