April 7, 2015 at 9:00 PM ET by Jenna Brayton
Twitter Facebook Email
Summary:
The Obama administration celebrates the beginning of National Public Health Week with a focus on the impact of climate change on public health.

As part of the effort to support public health with a sense of purpose and determination, the Obama administration has focused on how climate change affects our environment. Our public health is deeply tied to the health of our environment. As the planet warms, we face new threats to our health and well-being, and the President is taking steps to counteract those threats.

Today, President Obama spoke at Howard University Medical School in Washington, D.C., joined by the Surgeon General, Dr. Vivek Murphy, and Gina McCarthy, the head of the Environmental Protection Agency, at a roundtable. The President explained what the Administration has already done to reduce the dangerous levels of carbon dioxide that are contributing to climate change, and discussed ways to prepare our communities for the impacts that cannot be avoided. 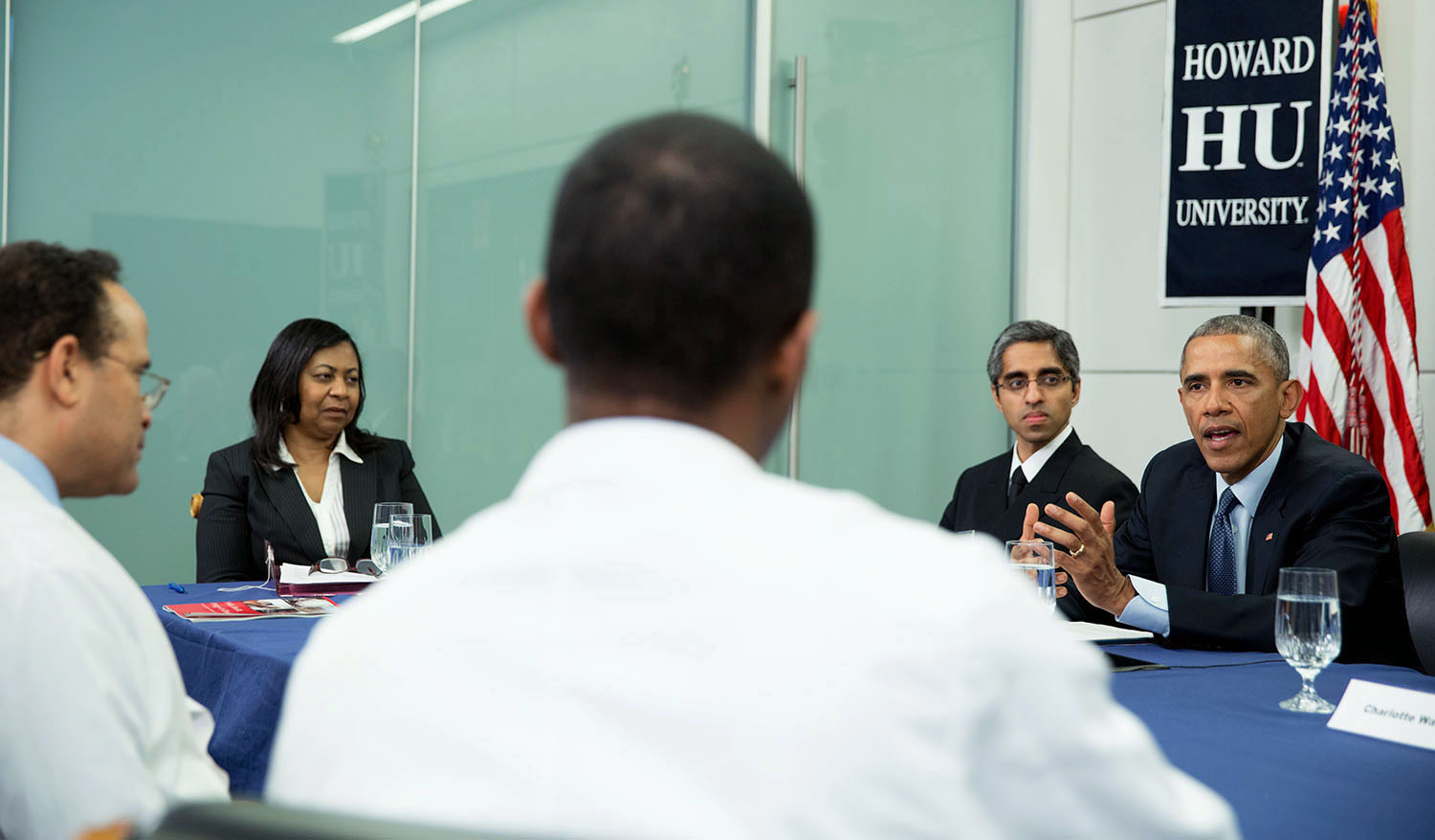 President Barack Obama gives remarks to the press during a roundtable discussion on climate change and public health at the Howard University College of Medicine in Washington, D.C., April 7, 2015. (Official White House Photo by Pete Souza)

In keeping with the President’s directive to make government as open as possible, as well as his commitment to combating climate change, the Administration also announced this morning that it's expanding its Climate Data Initiative to include more than 150 health-relevant datasets on climate.data.gov.

Why does this matter? Last year, President Obama unveiled the Climate Data Initiative as a way for Americans to find data related to climate change that can help inform and prepare businesses and citizens for the impacts of extreme weather -- essentially, as a way to boost their own resilience against the impacts of climate change.

These newly released datasets, in addition to the more than 500 others already available, will better inform scientists and communities about how to minimize the health impacts of climate change. These additional datasets will also help individuals understand how the changing climate affects public health in their area, risk factors that make a person more vulnerable to climate-related health effects, and how to plan for uncertain future conditions. Ultimately, new commitments to advance the Climate Data Initiative help empower people and communities with science-based information and tools to prepare for climate change.

See more ways that the Obama administration is taking action to protect communities from the impact of climate change here.