Announcing a Week of Making this June 12-18

April 9, 2015 at 12:15 PM ET by Tom Kalil and Stephanie Santoso
Twitter Facebook Email
Summary:
We're excited to announce that the White House will celebrate a “Week of Making” this summer from June 12-18. 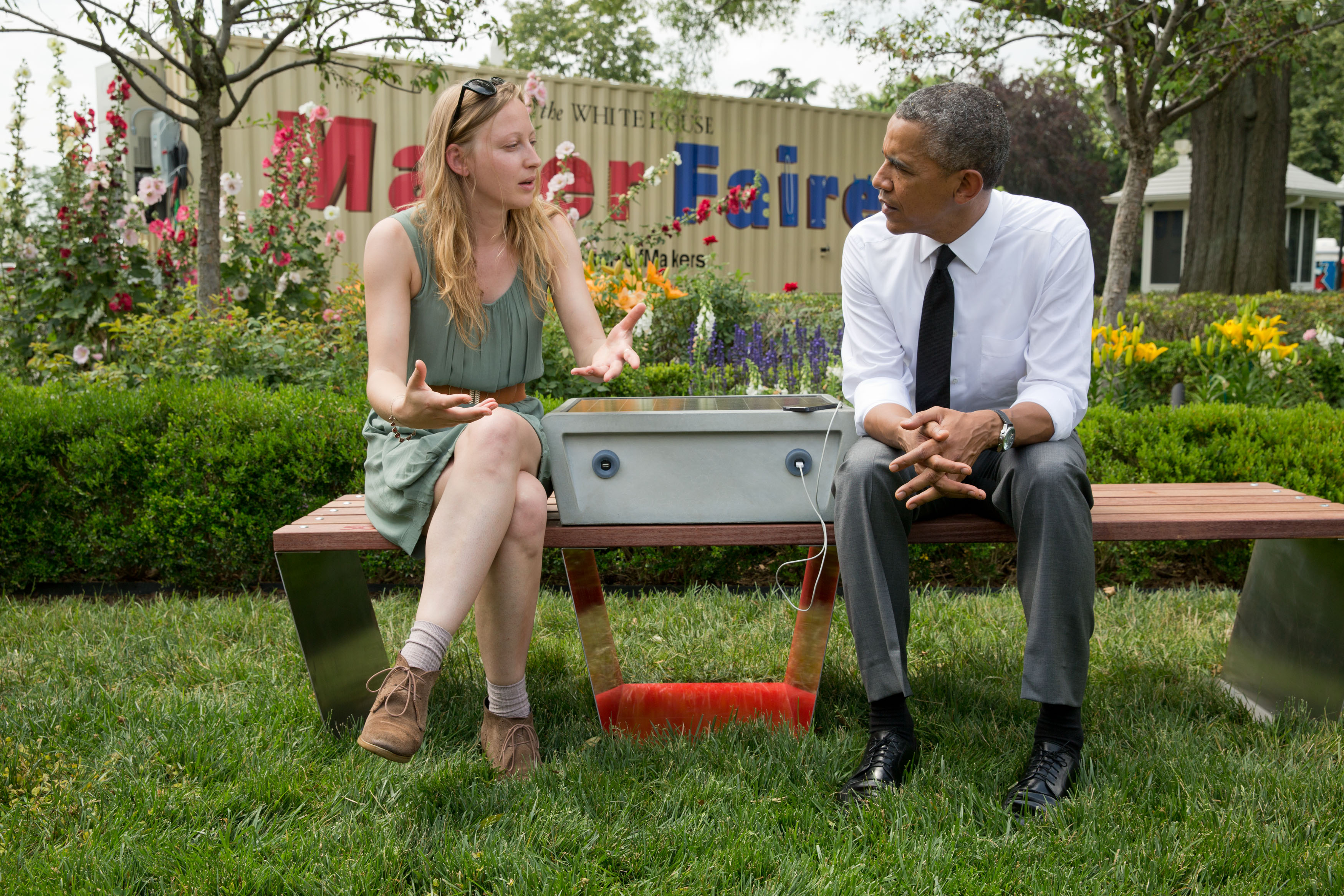 Last year, on June 18, President Obama hosted the first-ever White House Maker Faire and issued a call to action that “every company, every college, every community, every citizen joins us as we lift up makers and builders and doers across the country.” By democratizing the tools and skills necessary to design and make just about anything, Maker-related events and activities can inspire more people to pursue careers in design, advanced manufacturing, and the related fields of science, technology, engineering, and mathematics (STEM) and possibly take their creations to the next level and become entrepreneurs.

Today, in preparation of the one-year anniversary of last year’s Faire, we are excited to announce that the White House will celebrate a “Week of Making” this summer from June 12-18. The week will coincide with the National Maker Faire here in D.C., featuring makers from across the country and will include participation by federal agencies including: the Department of Education, National Science Foundation, U.S. Agency for International Development, U.S. Small Business Administration, Institute of Museum and Library Services, National Institute of Standards and Technology, NASA, Corporation for National and Community Service, Department of Homeland Security and the Smithsonian.

At last year’s Faire, President Obama welcomed people of all ages who are funneling their ingenuity into amazing projects, developing creative solutions to important problems and bringing their innovations to market. He met Lindsay Lawlor, who built a 17-foot, talking robotic giraffe named Russell, and he met teenage sisters Camille and Genevieve Betty, whose motto is “Who needs a paper route when you can start your own robotics company?” He talked to entrepreneurs such as Marc Roth, who was homeless in San Francisco before taking classes in design and prototyping at a digital fabrication studio and maker space. After only several months of classes, Marc was able to open his own custom laser-cutting business. As the President put it, “Today’s D.I.Y is tomorrow’s Made in America.” 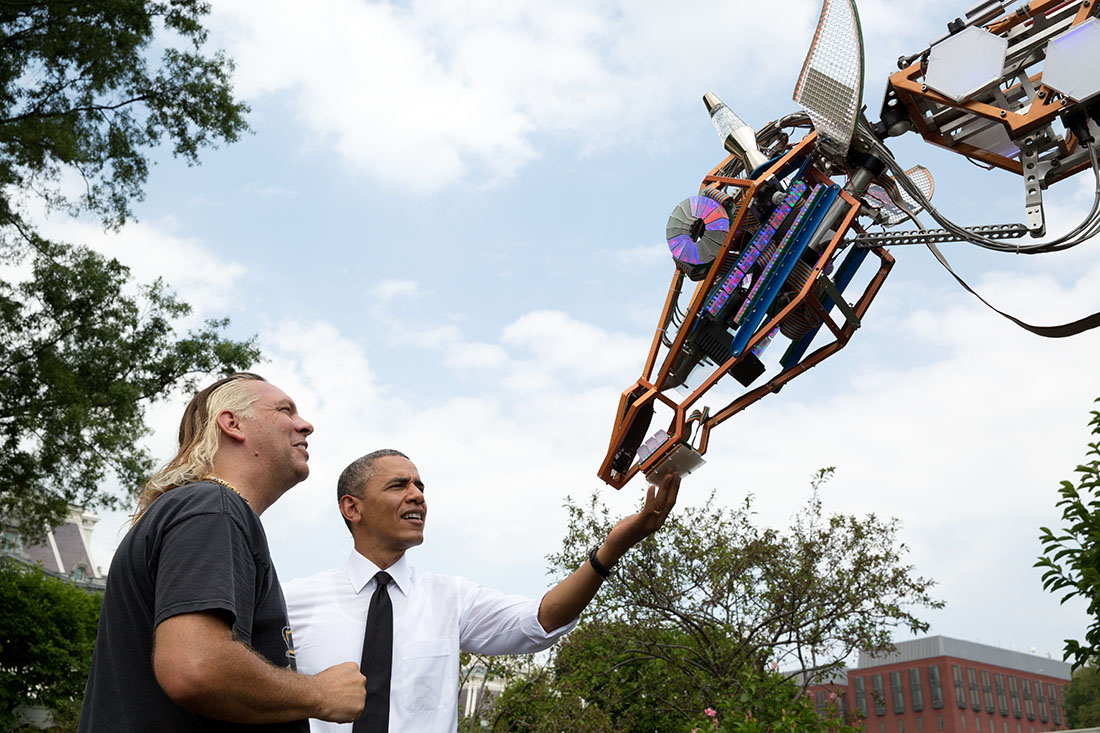 The President announced a large number of commitments made by the federal government, mayors, educational institutions, companies, and non-profit organizations to expand opportunities for engaging students STEM through making, supporting makers who want to become entrepreneurs and make it easier for individuals to learn 21st century design and fabrication skills around the country. Twenty-one federal agencies committed a suite of services for people interested in engineering and manufacturing, including expanded access to startup grants, making it easier for makers to manufacture their products domestically, and business mentoring and training. More than 150 colleges and universities, over 125 libraries, and more than 90 mayors pledged to take steps to help advance making in the United States.

To continue to expand upon this effort, here are some ways that you or your organization can help:

And no matter who you are, you can get involved by hosting an event, workshop, or activity during the Week of Making in your community or submit your project for the National Maker Faire.

By working together, we can provide every child and adult in America with the tools, technologies, and resources they need to be part of the creative process and invent, create, and make a better, stronger, and more innovative future.

If you or your organization has plans to support students, inventors, designers, builders, and other makers in your community, let us know by completing this form. We look forward to announcing progress on the President’s call to action during the Week of Making. You may also contact us at maker@ostp.gov.

Tom Kalil is Deputy Director for Technology and Innovation at the White House Office of Science and Technology Policy.

Stephanie Santoso is Senior Advisor for Making at the White House Office of Science and Technology Policy.