Behind the Lens: Somewhere Under the Rainbow

When people ask me how I do what I do, I often recite the words of Bob Dylan: “I was just doing what I could with what I had where I was.” That kind of sums up my approach to my job as the President's photographer.

Every once in a while, you also just get very lucky. Such was the case last week, when a rainbow came along just as the President’s helicopter was arriving at the airport in Kingston, Jamaica, where he would board Air Force One for the flight to Panama. Fortunately, I was manifested aboard the second helicopter–which always arrives before Marine One–giving me a few minutes to prepare for photographing the rainbow.

In the first photograph, I framed the rainbow above Marine One as the President disembarked the helicopter. 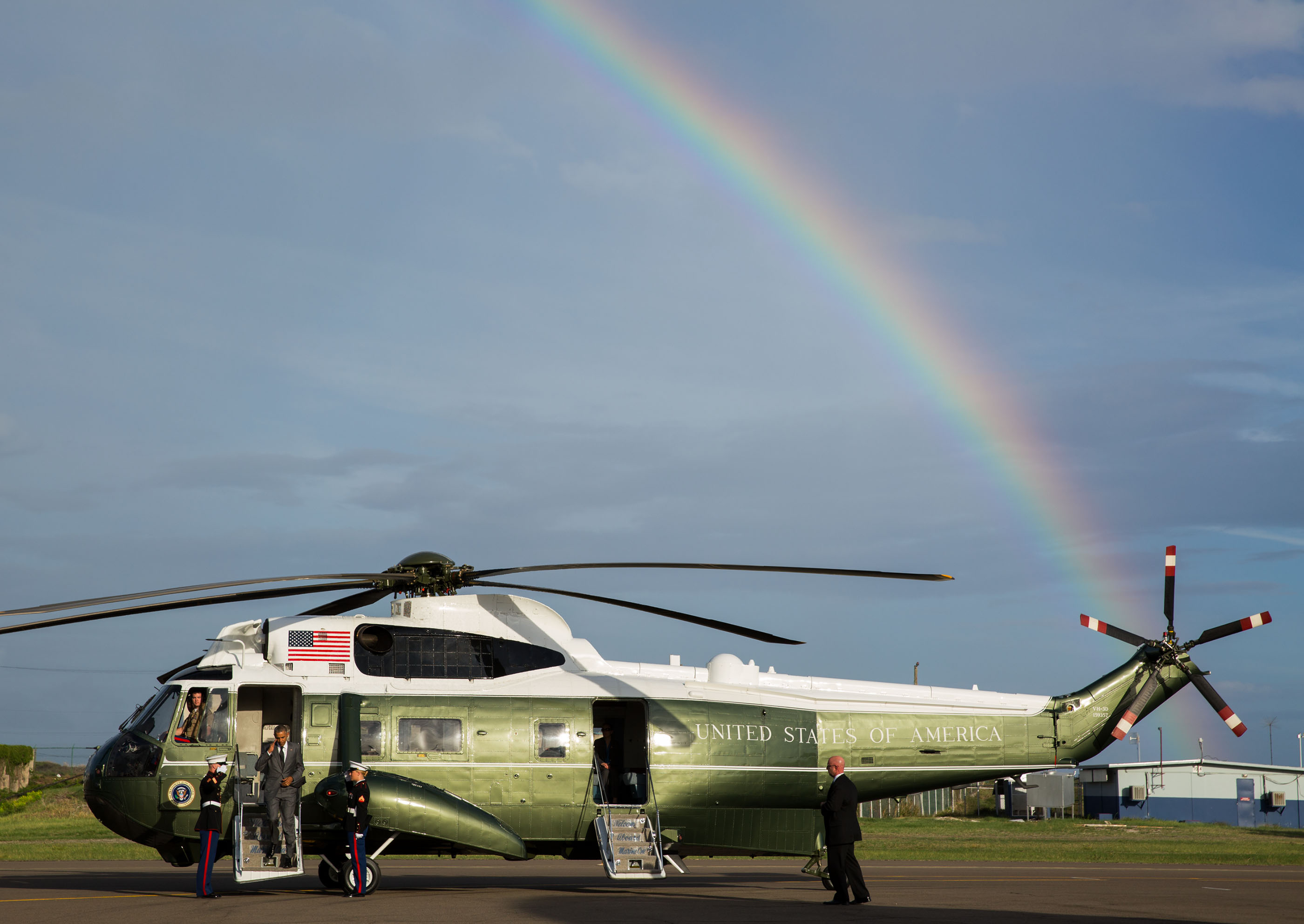 In the second photograph, Jamaican Prime Minister Portia Simpson-Miller gestures towards the rainbow as she and others bid farewell to the President. 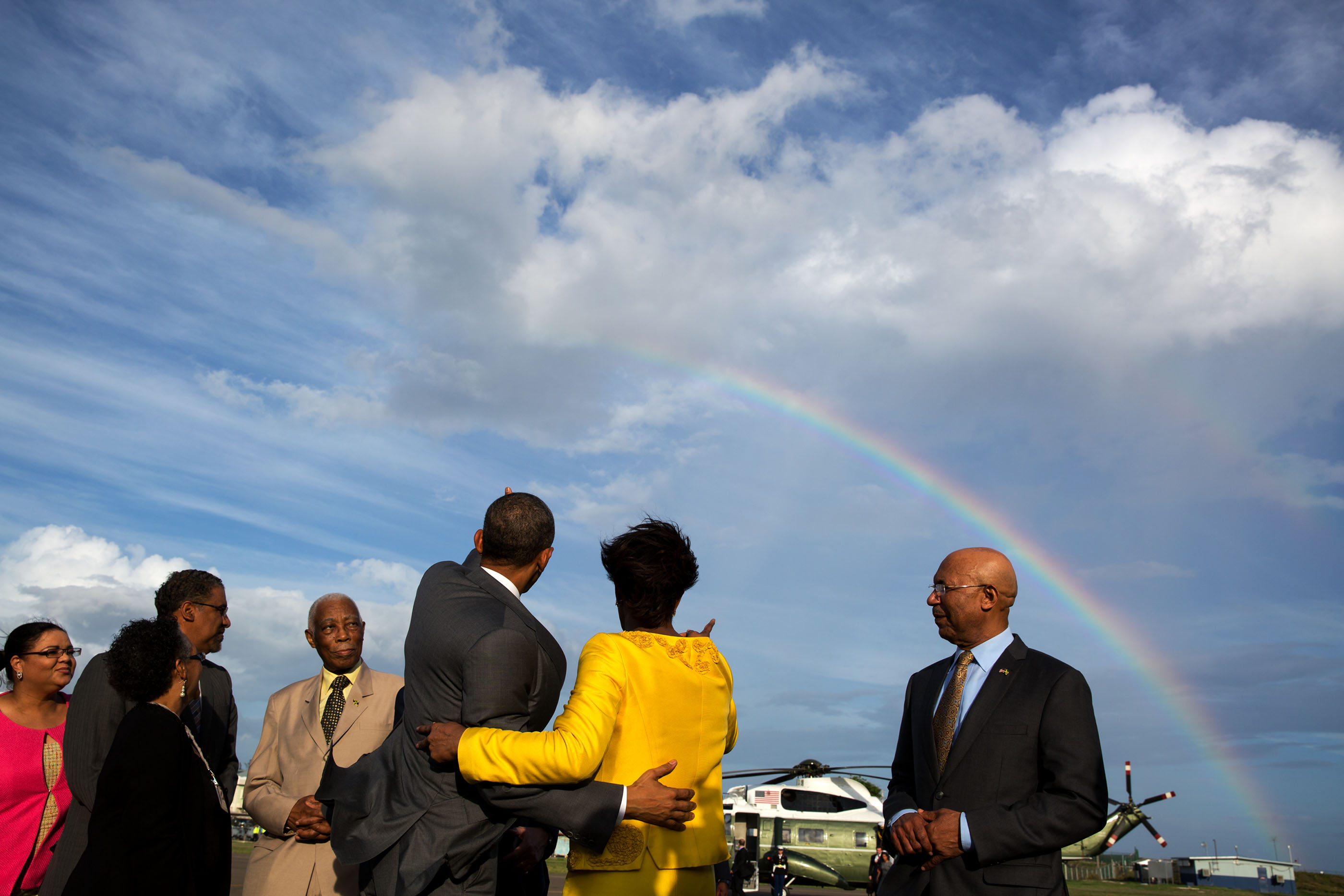 My colleague Amanda Lucidon had already positioned herself toward the back of Air Force One to frame the President ascending the stairs with the rainbow overhead. 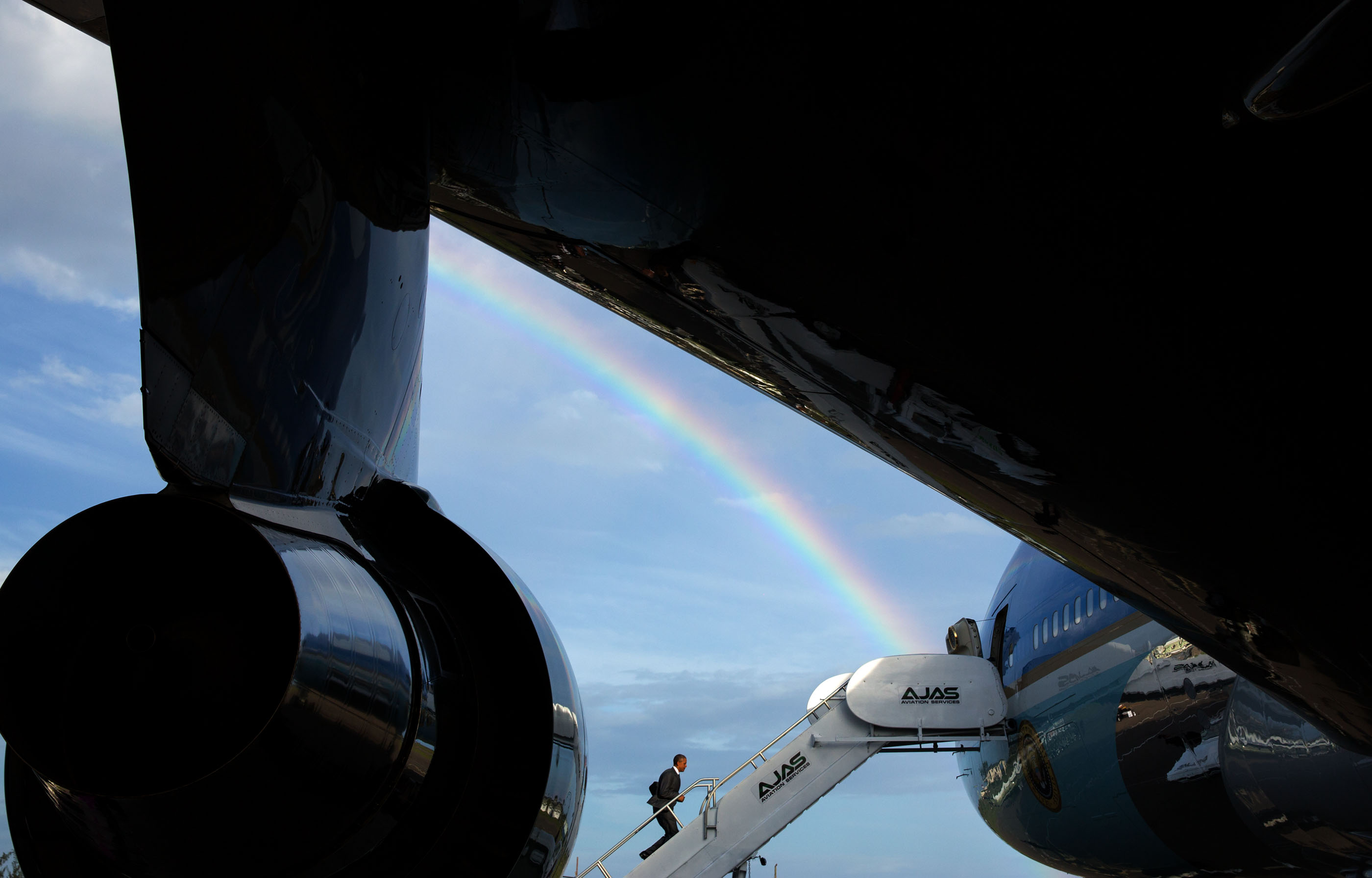 Both Amanda and I did what we could, with what we had, where we were. Now I had to choose the best photograph for our Photo of the Day. But photography is very subjective—especially when it comes to choosing which photograph is the “best.” 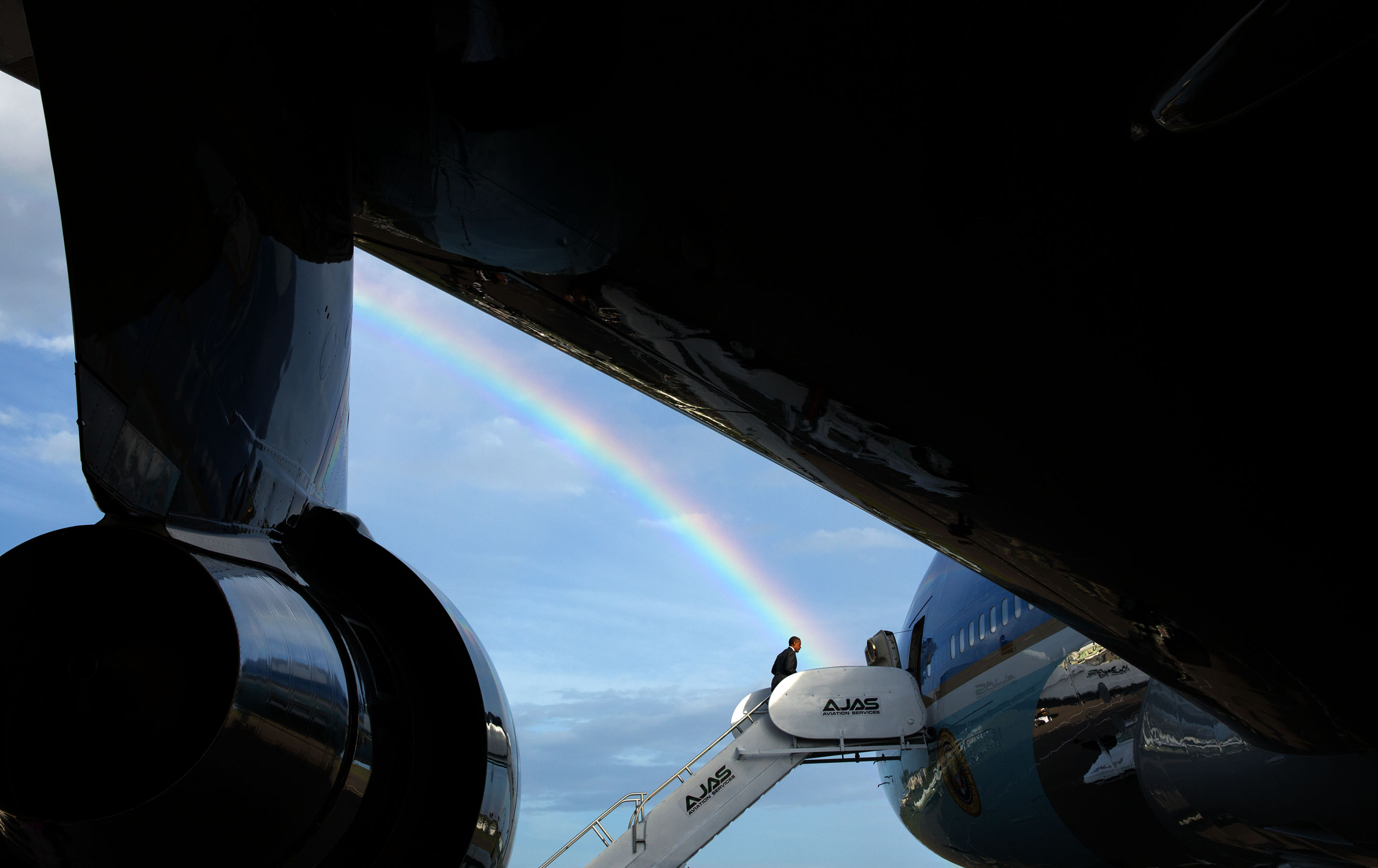 Meanwhile, after photographing the departure greets, I ran under the wing of the plane to try and line up where the President would be when he waved goodbye at the top of the stairs. 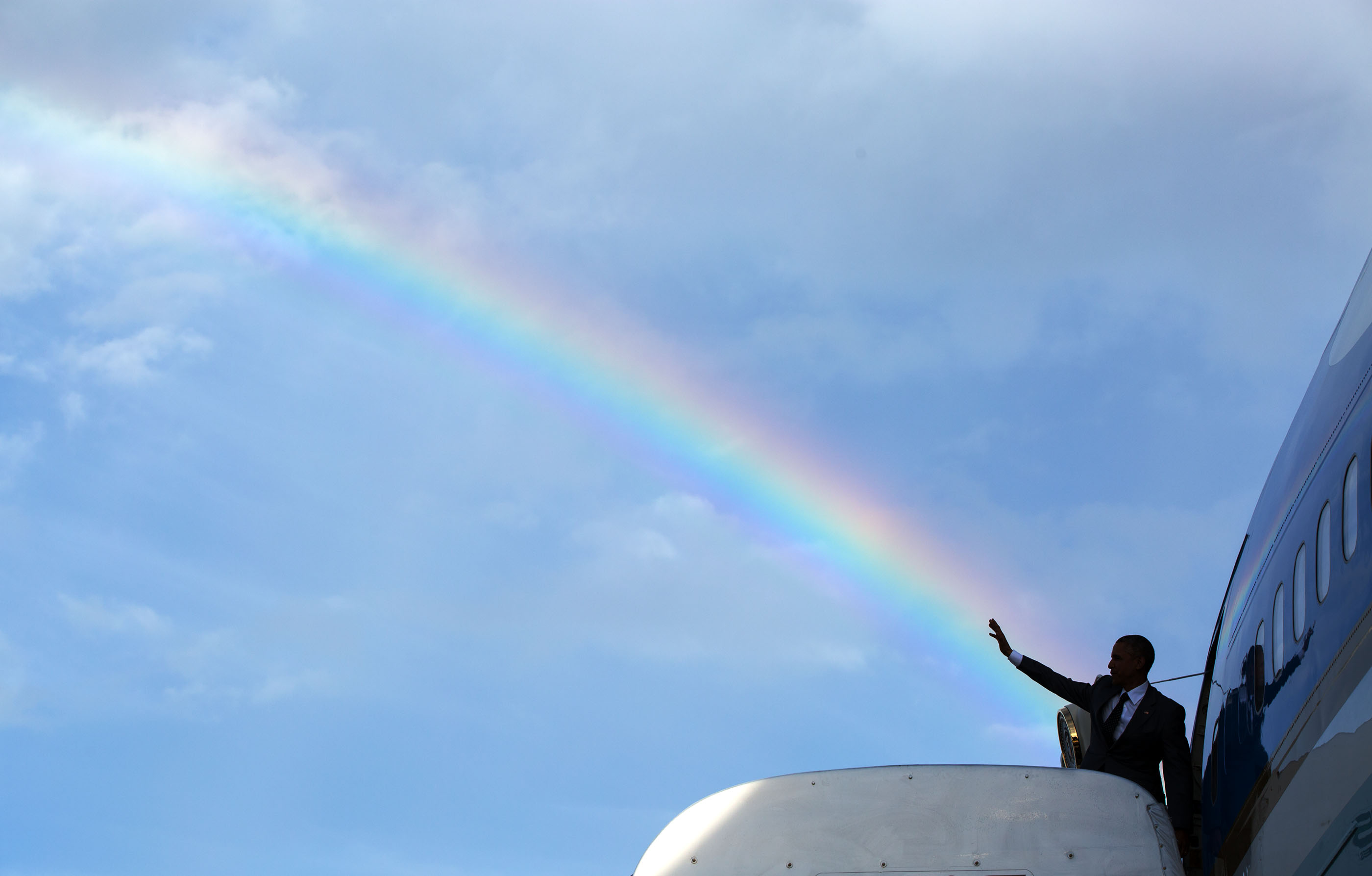 I think that was the right choice, but again—photography is subjective, so I’m curious to see what others think.

What do you think? Leave a comment on Medium or let me know on Twitter at @PeteSouza, which photograph is your favorite. I'm looking forward to hearing from you.