A Team of DREAMers and a Robot Named “Stinky” 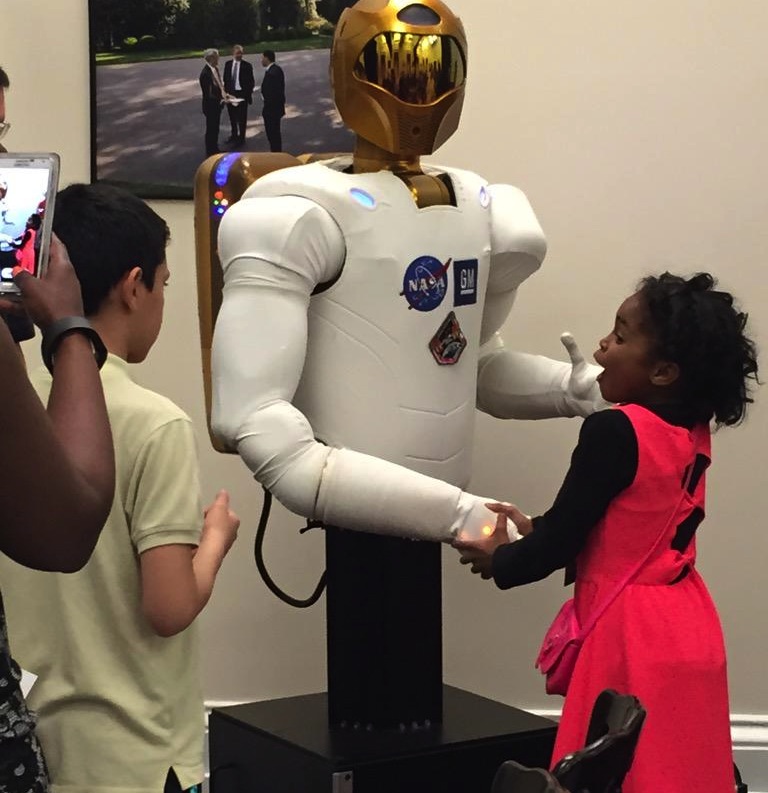 On Tuesday, April 7, the White House hosted more than 100 students from as far away as California at a screening of the movie Underwater Dreams, kicking off screenings in thousands of classrooms across the country. This documentary follows a team of undocumented students from Carl Hayden High School in Arizona and their underwater robot, “Stinky” -- a story that proves that science can -- and should -- be for all of us. With perseverance, ingenuity, and the support of their teachers and community, the young DREAMers in the film, Cristian Arcega, Luis Aranda, Lorenzo Santillan, and Oscar Vazquez, challenged some of the best engineering teams in the country -- and won! To complete the exciting and inspiring day, President Obama introduced the film with a video message that underscored the extraordinary contributions immigrants have made to keep America competitive and on the cutting edge. Watch it here:

These pioneering robotics teammates, who are now continuing their education and earning a living here in the United States, joined the students and spoke to them about the challenges they faced as immigrants. One of their challengers from the robotics competition participated in this reunion as well! The Carl Hayden team’s passion for exploring, tinkering, and constructing a robot transformed the idea of engineering from an abstract concept to something tangible they could master, all while in high school. Engineering changed their lives, and the lives of their families and communities, forever.

Another special guest, NASA’s very own fist-bumping robot-astronaut “RoboNaut,” joined the Underwater Dreams team in providing inspiration for the science enthusiasts in the room -- young and old.

And yet another student/teacher team attended the screening: the White House’s very own engineering expert, Chief Technology Officer Megan Smith, and her former advisor Dr. Woodie Flowers. Dr. Flowers created the FIRST Robotics Challenge -- a nationwide program that students from Carl Hayden participate in to this day. In fact, there’s so much excitement about robots and engineering at Carl Hayden that the school sent a team to demo their robot for President Obama at the White House Science Fair in March 2015.

Richard Voyles is the Assistant Director for Robotics and Cyber-Physical Systems at the White House Office of Science and Technology Policy.

Rafael Lopez is a Senior Policy Advisor at the White House Office of Science and Technology Policy.