April 15, 2015 at 4:10 PM ET by Chris Evans
Twitter Facebook Email
Summary:
The President and First Lady host music legends and top gospel artists at the White House for the latest installment of “In Performance at the White House.”

The President and First Lady hosted music legends and top gospel artists at the White House yesterday for the latest installment of “In Performance at the White House.” The evening of musical performances paid tribute to the fundamental role that gospel music has played in shaping American history and culture.

“Gospel music has evolved over time, but its heart stays true," the President said. “It still has an unmatched power to strike the deepest chord in all of us.”

In his remarks, the President noted the unique and influential history of gospel music, explaining that many of America’s favorite genres — including jazz, Motown, blues, and country — can be traced back to gospel music.

As for the origins of gospel itself, he said, we don’t know everything. However, we do know that it is well-rooted in the spirituals sung by slaves. While they were often prohibited from reading, writing, or even speaking, slaves were able to sing.

"Songs were where their dreams took flight, where they expressed faith and love, as well as pain and fear and unimaginable loss," the President said.

In the decades after the Civil War, freed slaves traveled north and brought their beautiful hymns and songs with them. By the 1960s, gospel music became a staple of the Civil Rights Movement — blending the sounds of the church with the sounds of jazz and blues. Hymns like “Take My Hand, Precious Lord” and “We Shall Overcome” became the songs of the movement, which the President said gave hope that we might rise above our failures and disappointments. 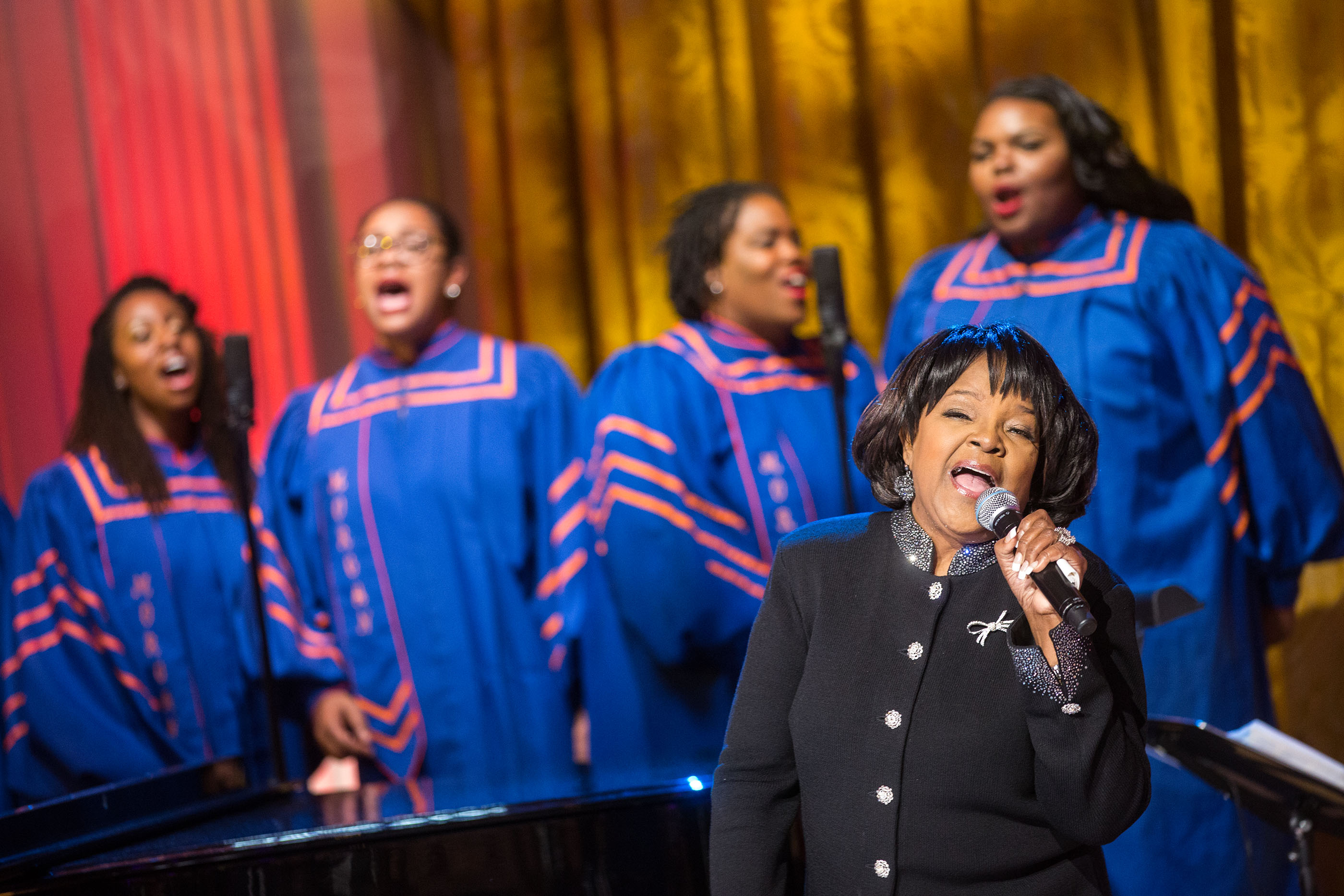 Shirley Caesar and the Morgan State University Choir perform during "The Gospel Tradition: In Performance at the White House" in the East Room of the White House, April 14, 2015. (Official White House Photo by Amanda Lucidon)

Prior to the evening’s performances, First Lady Michelle Obama welcomed more than 130 students from across the country to take part in an interactive student workshop on the origins of gospel music that included question-and-answer sessions with the evening’s performers and a discussion on the importance of music in young people’s lives.

“I hope you learn from the folks on this stage,” the First Lady said. “That’s why we wanted them here. We wanted to talk about the genre, but we also hope that you walk away a little more inspired to be as great as you can be.” 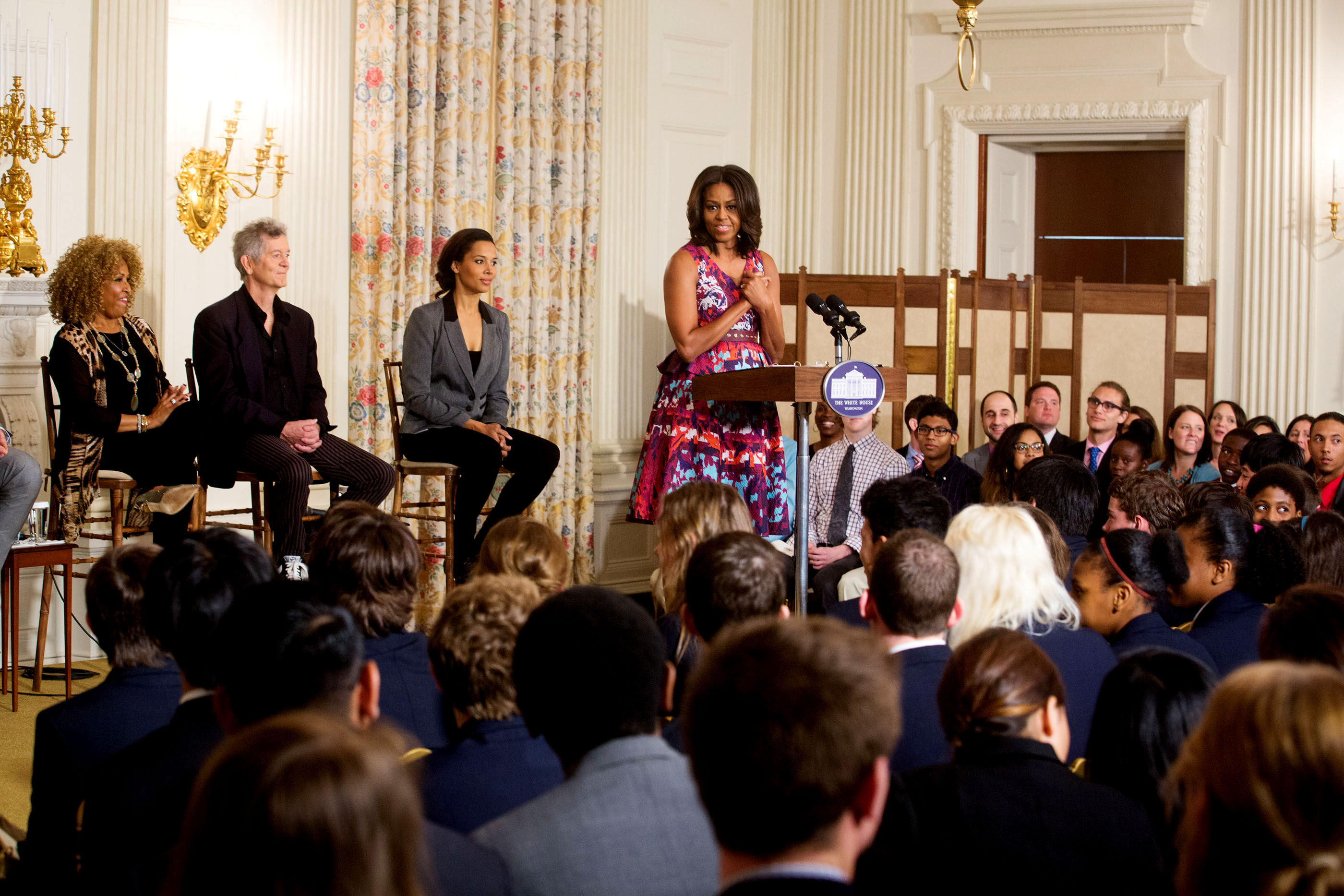 “In Performance at the White House” has been produced by WETA since 1978 and was created to showcase American culture. From February 2009 to the most recent broadcast in November 2014, the President and First Lady’s events have honored Motown, Memphis Soul, the Blues, Country, Broadway, Hispanic heritage, and the work of Stevie Wonder, Sir Paul McCartney, and Carole King. The entirety of last night’s celebration of gospel music will air on PBS stations nationwide on June 26 at 9:00 p.m. ET.