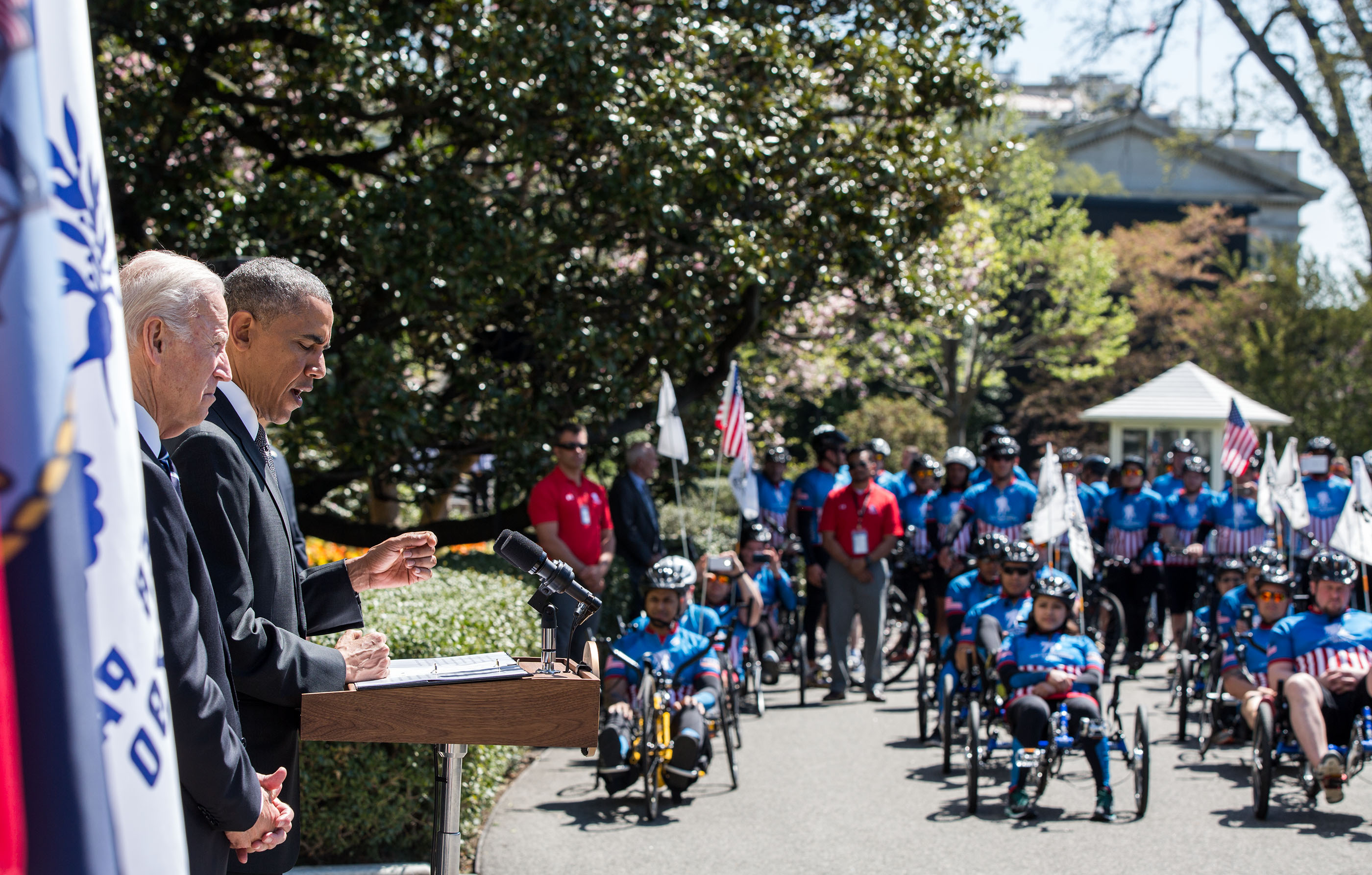 "We are among heroes here today."

The Soldier Ride helps improve wounded warriors' physical and emotional well-being, and raises awareness about the physical and psychological damages that our soldiers and veterans face as a result of war. The Soldier Ride uses cycling and the idea of service to help our soldiers overcome the wounds of war as they return to a new lifestyle. It is a community ride, intended to show wounded warriors that if they put their minds to it, they can overcome anything.

But, it represents more than that. As the President said this morning, the Soldier Ride shows our soldiers and veterans that they are not alone. Even through long recoveries and long adjustments, the Soldier Ride showcases how inspired our communities feel by our warriors, and it binds us together with them, under our American flag.

That’s why the Soldier Ride’s lap around the lawn at the White House means so much to the President, and is one of President Obama’s favorite traditions. For the sixth year in a row, the President kicked off the Soldier Ride, welcoming the soldiers and veterans to the White House and blaring the horn to start the race – which he called his “favorite part” of the event. As soon as the President finished speaking, soldier riders on bikes and in wheelchairs took off across the driveway and did a lap around the lawn.

"You and all the men and women of our Armed Forces represent what’s best in America. And for me and Michelle and the girls, for Joe Biden and Jill, and I know Bob and his family, time with you has been some of the most inspiring parts of our jobs."

— President Obama on the men and women of the Armed Forces

See more information about what the Obama administration has done for veterans and military families here.

Learn more about the First Lady’s commitment to helping veterans and military families succeed through her own initiative, Joining Forces, here.