April 17, 2015 at 1:33 PM ET by Jenn Gustetic
Twitter Facebook Email
Summary:
The Obama Administration has take important steps to make modern approaches, such as prizes and challenges, standard tools in every Federal agency's toolbox. Nearly 400 prizes and challenges have been posted on challenge.gov since September 2010, and thousands of Federal employees across the government are using these approaches to deliver services more effectively and efficiently, and to solve problems that relate to the missions of their Agencies.

Thousands of Federal employees across the government are using a variety of modern tools and techniques to deliver services more effectively and efficiently, and to solve problems that relate to the missions of their Agencies. These 21st-century public servants are accomplishing meaningful results by applying new tools and techniques to their programs and projects, such as prizes and challenges, citizen science and crowdsourcing, open data, and human-centered design.

Prizes and challenges have been a particularly popular tool at Federal agencies. With 397 prizes and challenges posted on challenge.gov since September 2010, there are hundreds of examples of the many different ways these tools can be designed for a variety of goals. For example:

These two examples of challenges are very different, in terms of their purpose and the process used to design and implement them. The success they have demonstrated shouldn’t be taken for granted. It takes access to resources (both information and people), mentoring, and practical experience to both understand how to identify opportunities for innovation tools, like prizes and challenges, to use them to achieve a desired outcome.

The Obama Administration has taken important steps to make prizes and challenges standard tools in every agency’s innovation toolbox. To make these tools easier to use by more Federal employees, the Administration committed in the 2013 Second Open Government National Action Plan to “convene an interagency group to develop an Open Innovation Toolkit for Federal agencies that will include best practices, training, policies, and guidance on authorities related to open innovation, including approaches such as incentive prizes, crowdsourcing, and citizen science.” Work on developing one half of this open innovation toolkit, the citizen science and crowdsourcing toolkit, began in fall 2014.

Last month, the Challenge.gov program at the General Services Administration (GSA), the Office of Personnel Management (OPM)’s Innovation Lab, the White House Office of Science and Technology Policy (OSTP), and a core team of Federal leaders in the prize-practitioner community began collaborating with the Federal Community of Practice for Challenges and Prizes to develop the other half of the open innovation toolkit, the prizes and challenges toolkit. In developing this toolkit, OSTP and GSA are thinking not only about the information and process resources that would be helpful to empower 21st-century public servants using these tools, but also how we help connect these people to one another to add another meaningful layer to the learning environment. 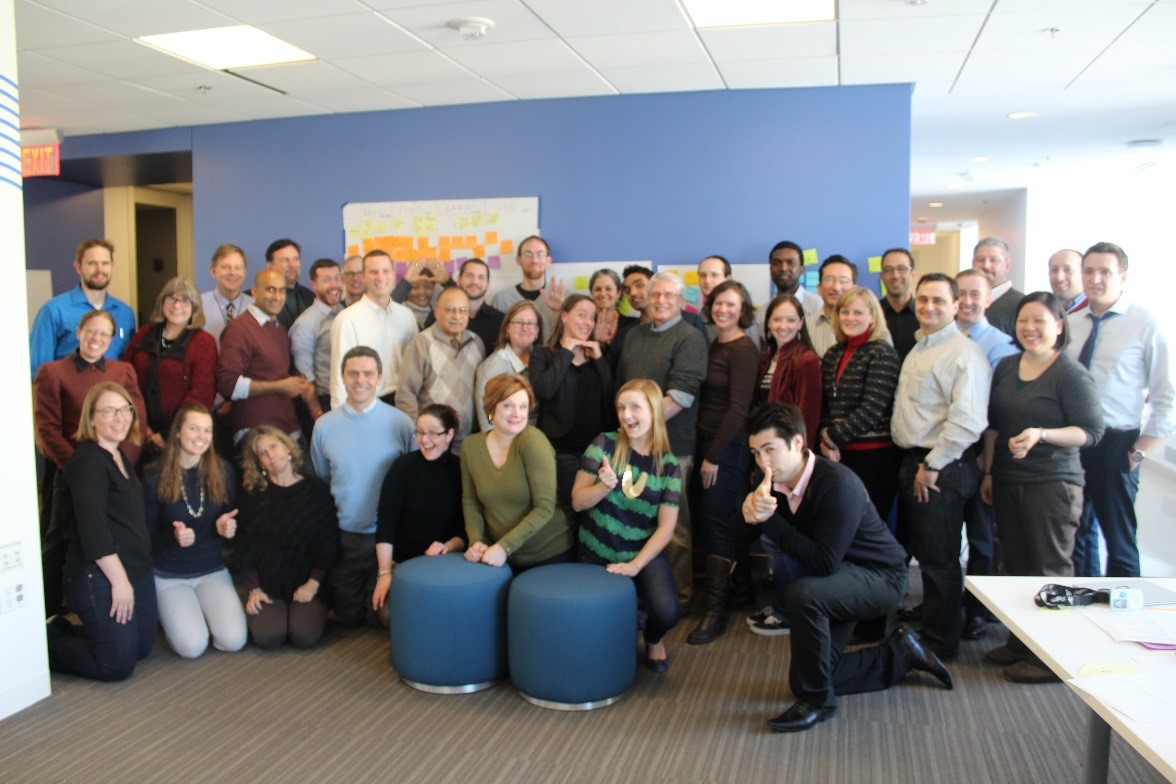 On March 6, 2015, the White House OSTP, the Office of Personnel Management (OPM)’s Innovation Lab, and the GSA Challenge.gov program convened an all-day, user-centered design workshop to develop user needs for a Federal prizes and challenges toolkit. Thirty members of the Federal Community of Practice for Prizes and Challenges participated. (Photo credit: Arianne Miller)

Creating an inventory of skills and knowledge across the 600-person (and growing!) Federal community of practice in prizes and challenges will likely be an important resource in support of a useful toolkit. Prize design and implementation can involve tricky questions, such as:

Often there are not “one-size-fits-all” answers to these questions, which is what makes peer-to-peer consultation so valuable. Making it easier for public servants to find each other and know who to reach out to for consultation will help expand prize design and implementation capacity in the Federal workforce, and will enable organic scaling the use of these tools.

As more and more Federal employees are equipped with modern tools and techniques such as prizes and challenges, 21st-century public servants will have more options for making meaningful progress towards solving tough problems and delivering services more efficiently and effectively in areas of national priority such as energy, health care, precision medicine, education, and the economy.