These Champions have helped advance policies that are good for both families and businesses — such as a higher minimum wage, equal pay, paid leave, workplace flexibility, and affordable quality child care. Our "champs" are proving that these policies are not just about doing what is right for our families — they are about doing what is smart for our businesses and our economy.

You shouldn’t have to choose btwn rewarding work&raising a family. These #WorkingFamilyChamps are fighting for change pic.twitter.com/N0cNVcnMZ4

In order for American companies — big and small — to be globally competitive, they must recognize the values and address the needs of the 21st century working family.

It's no secret that our workforce and our families have evolved dramatically over the last few decades:

Too often, however, our workplace policies haven't kept up.

And as someone who worked full-time as a single mom, I can tell you: I don’t know what I would have done without paid leave. I’ve never worked for an employer who didn’t have it, but far too many Americans do — to be exact, 43 million private-sector American workers do not receive a single paid sick day. 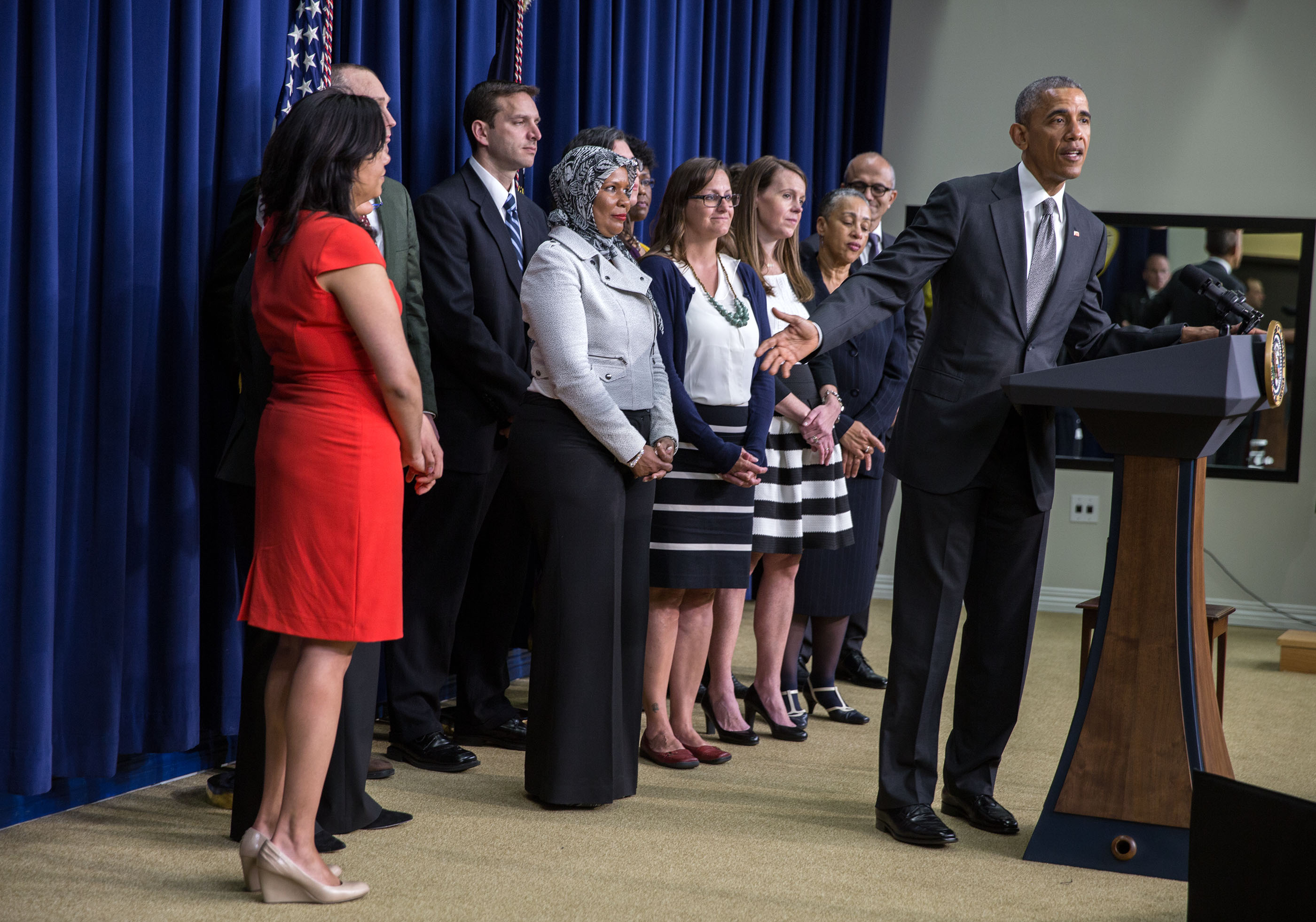 Fortunately, more and more of today's businesses are initiating new efforts to respond to the changing demographics and dynamics in our workforce. Just last month, Microsoft announced it will require all of its U.S. suppliers with more than 50 employees to offer their workers at least 15 days of paid leave per year.

“It’s simple for us … paid time off is good for business. It leads to increased productivity, employee retention, and lower health care costs.”

— Microsoft CEO Satya Nadella, one of our Champions of Change

It’s not just major corporations that are taking action — small business owners are doing their part. Randy George, one of our Champions, founded the Red Hen Baking Company in Duxbury, Vermont in 1999 with his wife, Eliza. Red Hen, which now employs 42 people, is mostly known for its delicious breads, but Randy and Eliza also deserve recognition for their support of policies that help families.

They have been outspoken supporters of paid sick day legislation, and of increasing the minimum wage. Randy and Eliza practice what they preach — their employees enjoy these, and other important benefits, such as health coverage and a dedicated lactation room. As Randy shared yesterday, these policies have helped him retain talented people over time. One of them has been with Randy for 15 of Red Hen’s 16 years in business. 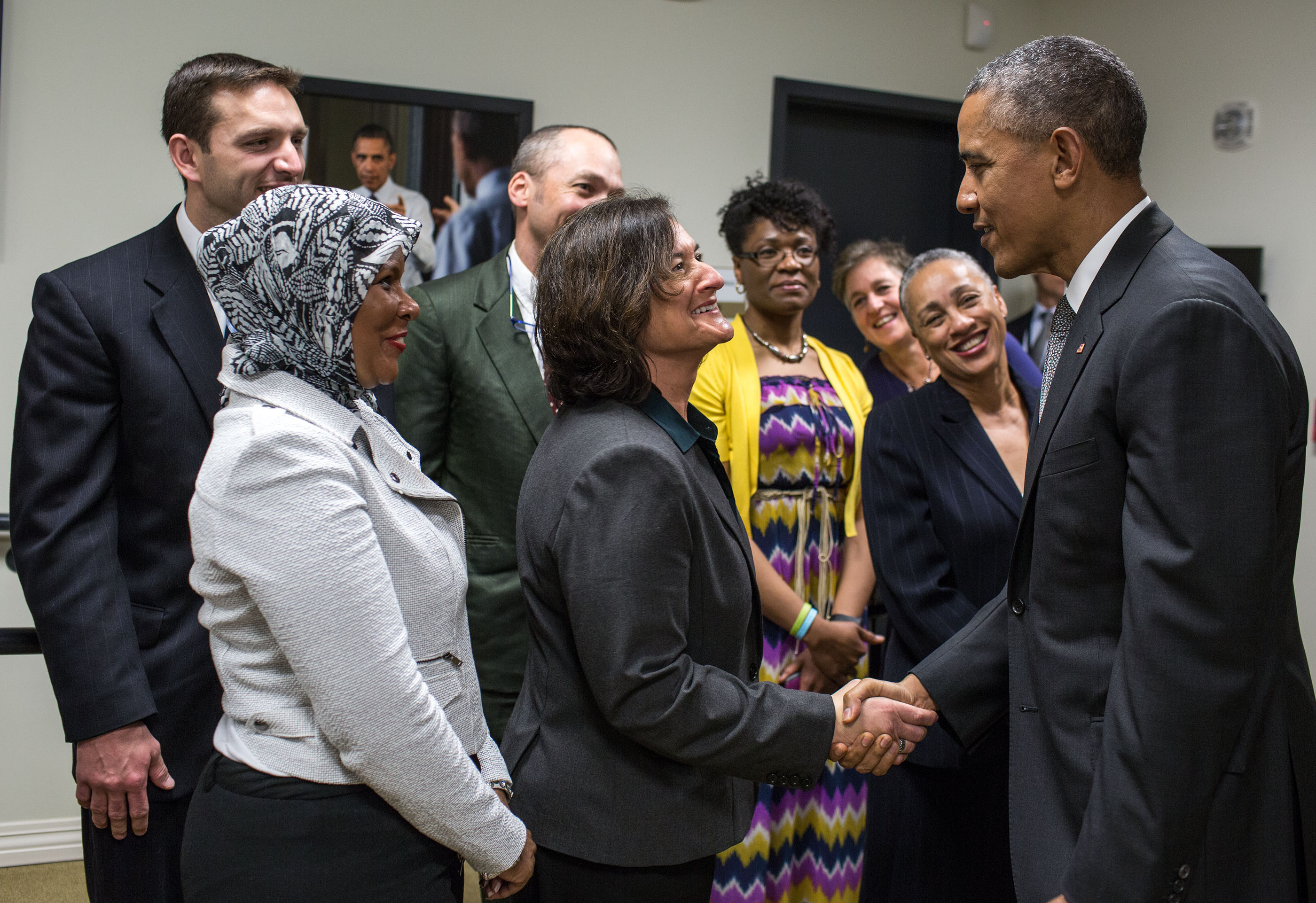 We also thanked advocates like Analilia Mejia, who is the executive director of the New Jersey Working Families Alliance — a nonpartisan organization that seeks to promote and defend the interests of New Jersey’s working families. Analilia and her team fought for New Jersey workers to be able to earn paid sick days, so they can take time off work when they are ill.

With her help, the Alliance has successfully advocated for local ordinances in 10 municipalities. Thousands of New Jersey workers have benefited from their work, and now have access to paid sick days.

We need more Champions like Randy, Analilia, and Satya across the country to follow the lead of those who were honored today — and the countless more Champions who are leading by example in communities across the country. Together, with the growing flexibility and strength of our businesses, the commitment of the best workforce in the world, and the leadership of folks like our Champions, our families and businesses will succeed.

Learn more about the extraordinary people we honored as Champions of Change, and see how they're helping to make powerful changes in their companies and communities.

If you missed it, watch the President's remarks at yesterday's event here: