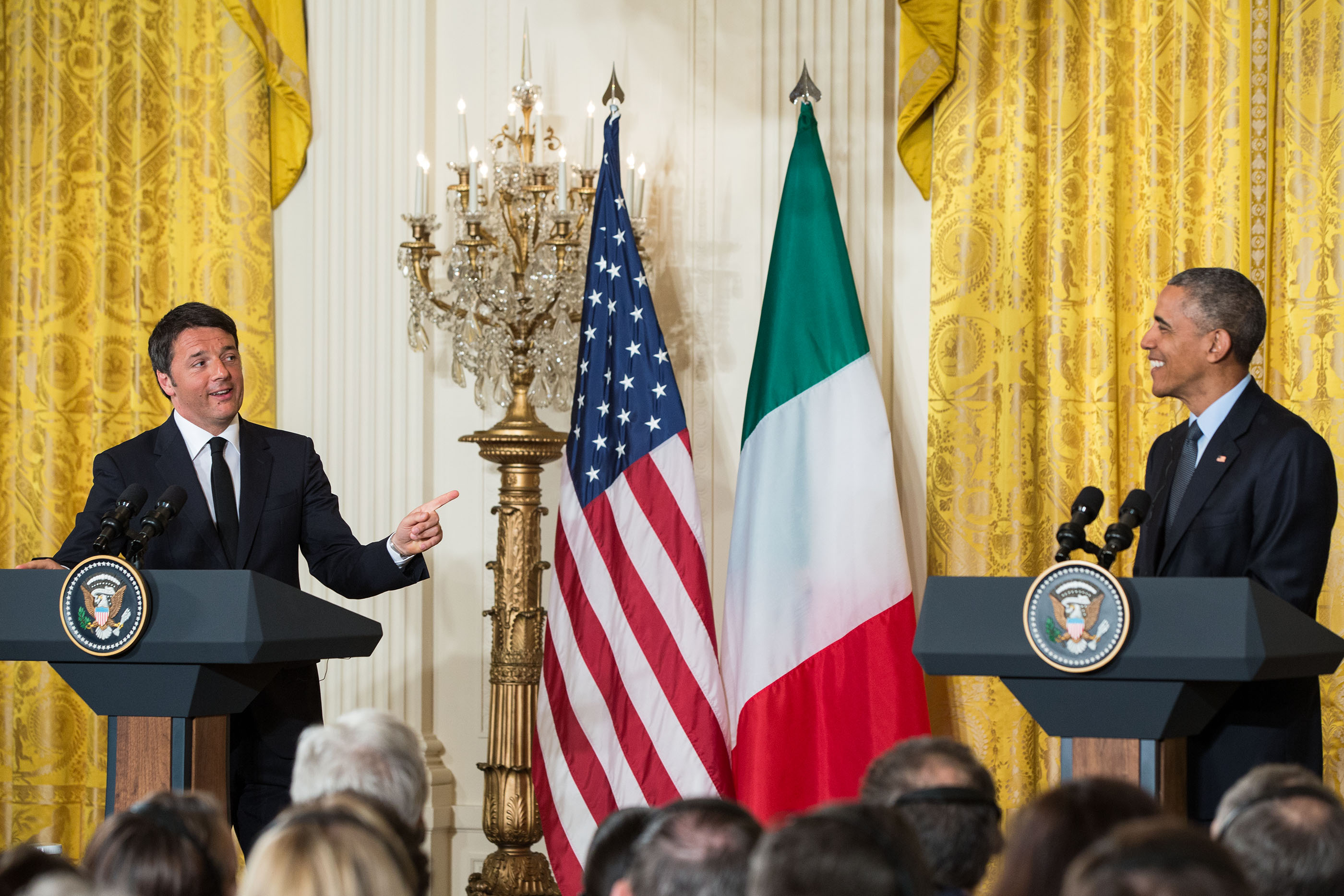 At the press conference between the two events, President Obama praised Prime Minister Renzi's energy and vision as well as his "willingness to challenge the status quo and to look to the future," noting that these qualities have made the Prime Minister a leading voice in Europe.

"Italy, of course, is one of our closest and strongest allies. And any time Italians and Americans get together, it’s also a chance to celebrate the deep bonds of history and friendship and family."

President Obama and the Prime Minister spent a substantive amount of time in their bilateral meeting discussing our countries' shared security. Specifically, the two heads of state focused on the need to continue supporting Ukraine, Italy's important role in the international coalition against ISIL, stabilizing the situation in Libya, and the framework that the U.S. reached with Iran. 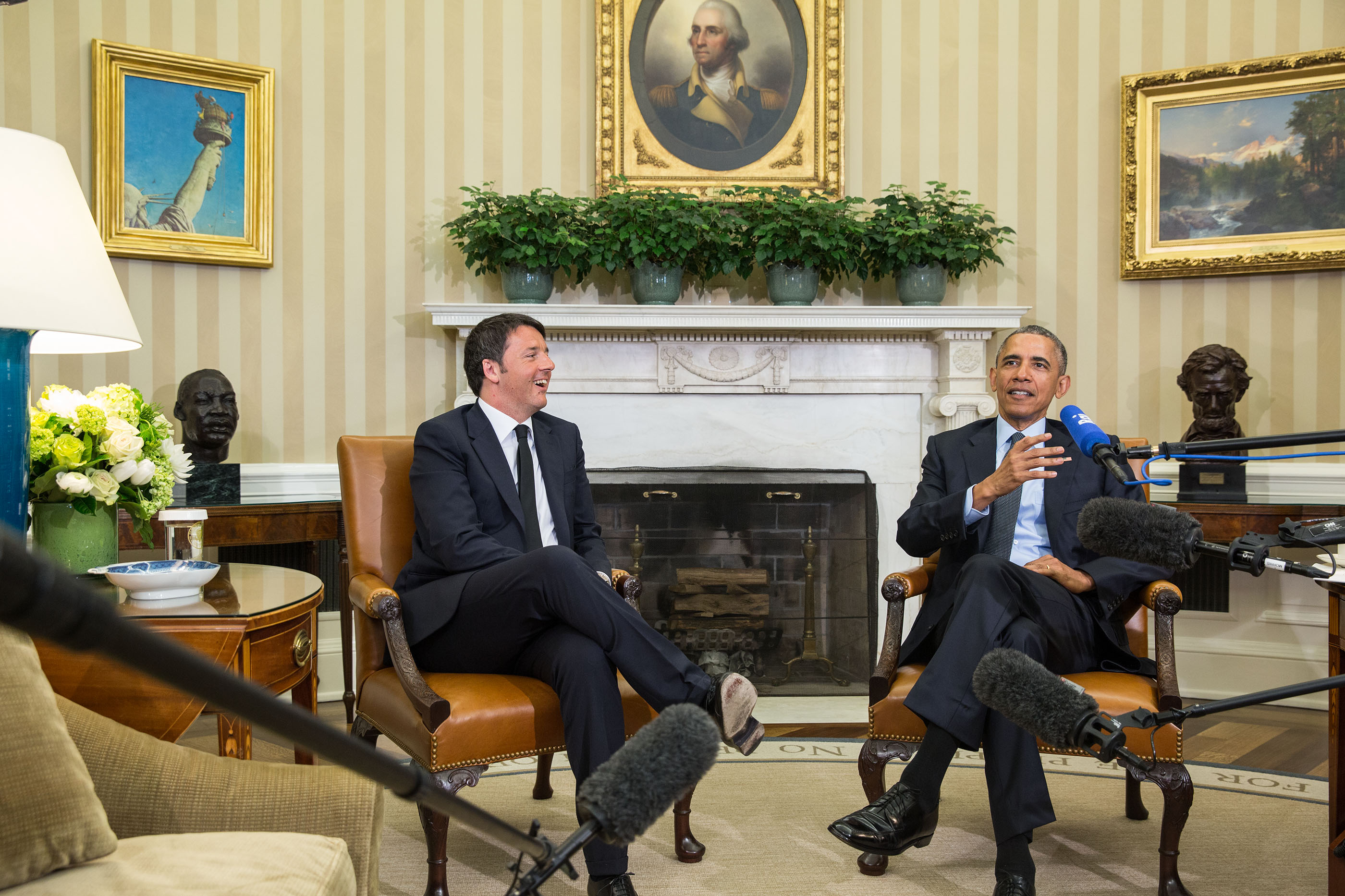 President Barack Obama and Prime Minister Matteo Renzi of Italy talk to the press prior to a bilateral meeting in the Oval Office, April 17, 2015. (Official White House Photo by Amanda Lucidon)

The President also noted that creating jobs and opportunity is one of Prime Minister Renzi's top priorities, adding that the Prime Minister is also a strong supporter of the Transatlantic Trade and Investment Partnership:

Like me, Prime Minister Renzi is a strong supporter of T-TIP -- the Transatlantic Trade and Investment Partnership -- which would boost both jobs and exports in Europe and the United States, and would include strong protections for workers, and public health and safety and the environment. Now that Congress is considering important bipartisan legislation for trade promotion authority, T-TIP negotiations need to make major progress this year.

During the press conference, the President talked with reporters about Trade Promotion Authority (TPA), rebuilding America's infrastructure, and the still-pending confirmation of Attorney General nominee Loretta Lynch. See his responses to their questions below:

On rebuilding our infrastructure:

RT if you agree with President Obama: It’s time to create jobs and grow our economy by rebuilding our infrastructure. http://t.co/JSncm3W7dc