This afternoon, President Obama welcomed 2014 NASCAR Sprint Cup Series Champion Kevin Harvick and the Stewart-Haas Racing Team on the White House South Lawn. The event continued the President’s tradition of honoring athletes and teams for their efforts to give back to their communities.

During the event, President Obama also commended Kevin Harvick and his wife, DeLana, for their work on the Kevin Harvick Foundation, which aims to help underprivileged youth excel as students. “Kevin — like so many others across NASCAR — is working to make a difference,” President Obama said.

"It is always wonderful to have the NASCAR family here. We've got huge fans in the White House."

Today, President Obama honored both Kevin Harvick; Kevin’s crew chief, Rodney Childers; and all of “Four Car” for their phenomenal season. Kevin Harvick drives the No. 4 Chevrolet for Stewart-Haas Racing in NASCAR’s Sprint Cup Series. The President was thrilled to have Kevin’s whole team — including their shiny red car — here, too. 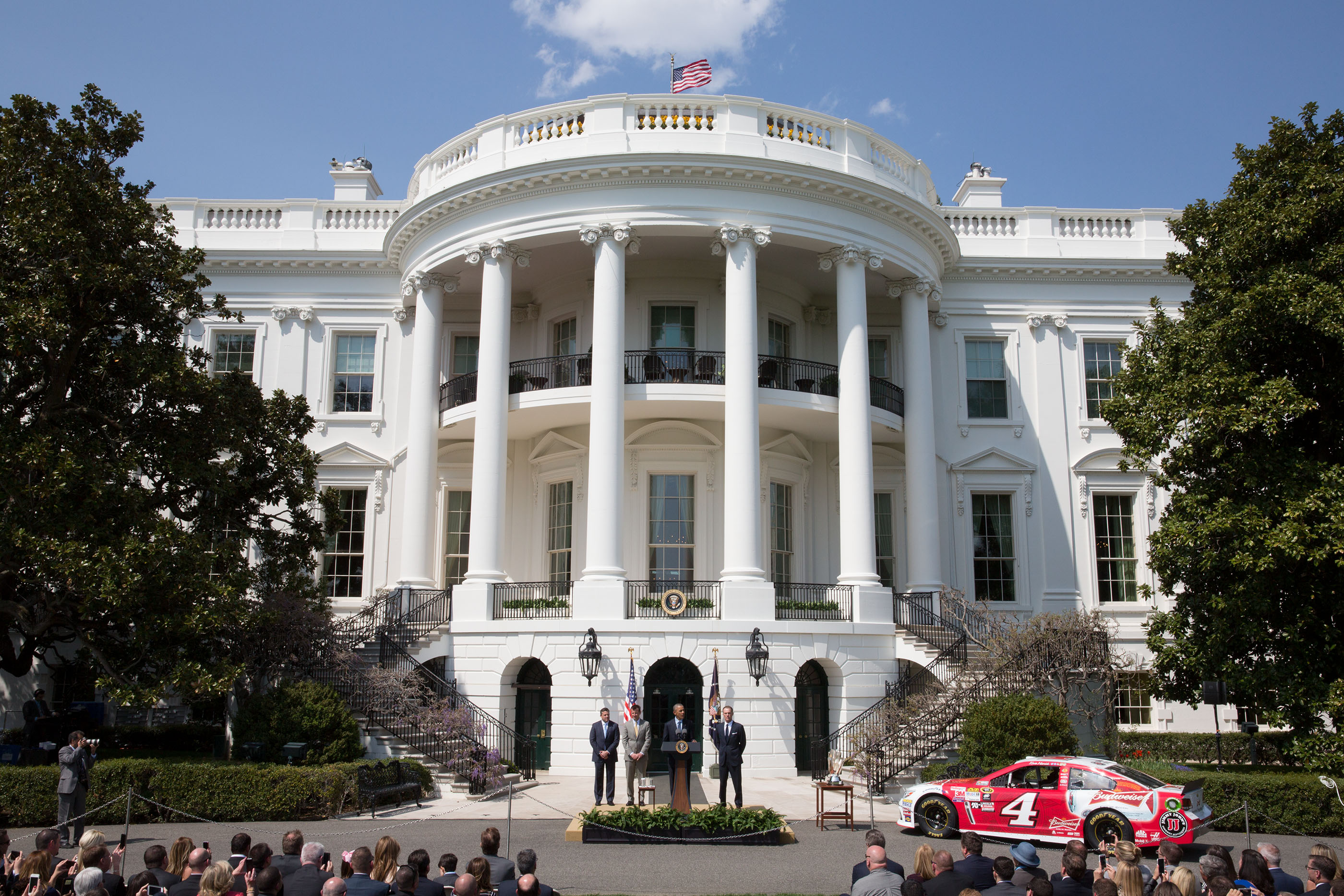 The President compared Kevin’s team’s chemistry to that of himself and his own Vice President:

"As the season started, Kevin had a new team, a new crew chief to adjust to. It usually takes a little time for a driver and a crew chief to find their groove, but Kevin and Rodney seemed to figure out each other in a hurry -- sort of like when Joe Biden joined my team."

Kevin Harvick’s team used speed and a lot of smart pit strategy to win the 2014 championship. Throughout the season, Kevin won at Phoenix, Darlington, Charlotte, and then Phoenix for a second time. Kevin topped off the season by winning the Ford EcoBoost 400 at the Homestead-Miami Speedway, winning both that race and the NASCAR Sprint Cup Championship. Even more impressively, Kevin was only the second driver to win the championship by winning the season-ending race at Homestead. 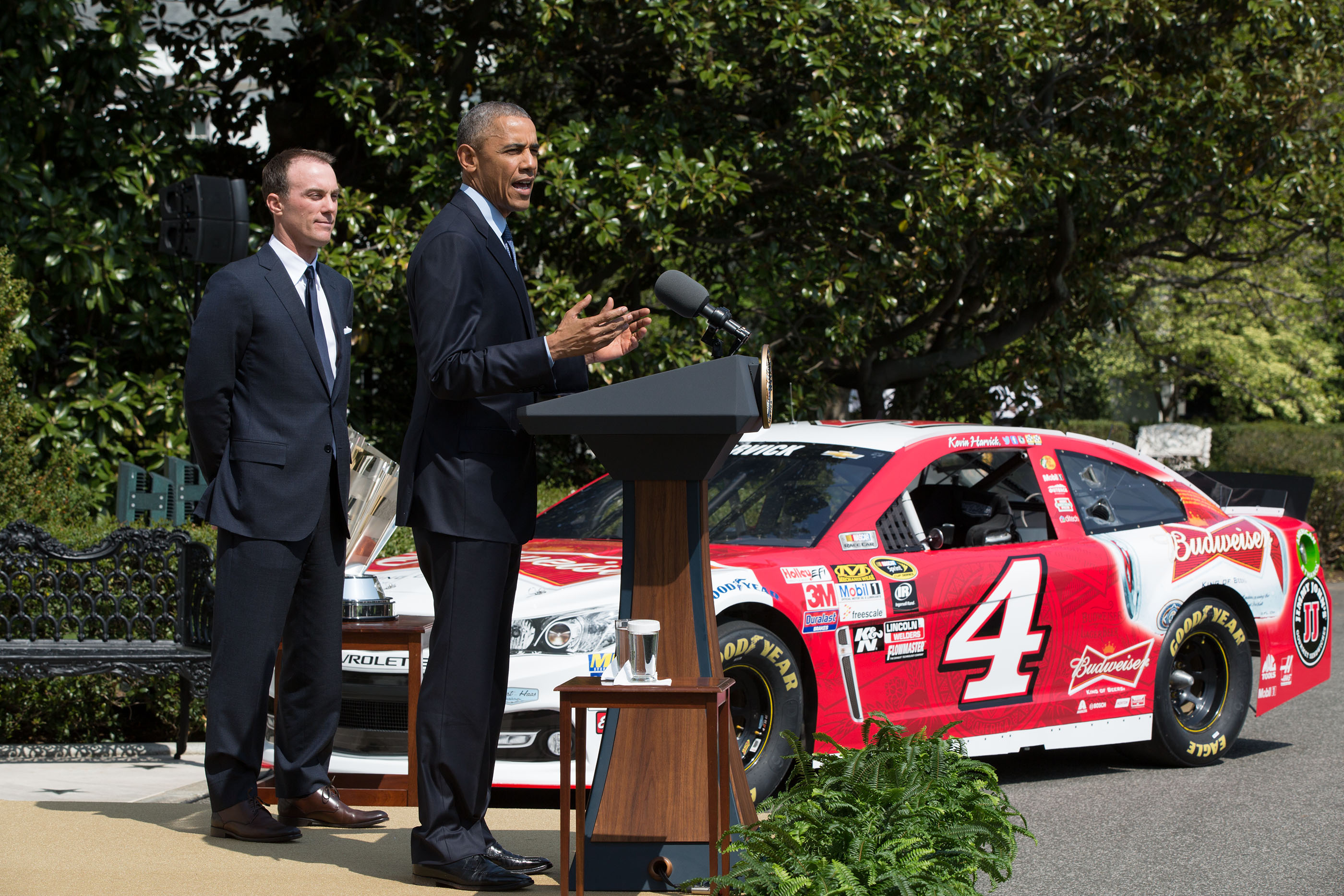