Today, President Obama welcomed the 2015 Super Bowl Champions, the New England Patriots, to the South Lawn of the White House to celebrate their 2015 NFL championship.

The event this afternoon honored the NFL champions as part of the President’s broader push to recognize athletes and sports stars for their contributions to their communities and their leadership on and off the field.

On the South Lawn, the President congratulated the Patriots for being one of the teams committed to leading the way, commending the players for volunteering in the community and visiting schools and hospitals through the NFL’s Play 60 initiative. President Obama also congratulated the Patriots Marathon Team for running in the Boston Marathon, where they raised more than $230,000 for charity, helping to show that Boston is still stronger than ever.

"There’s 'the Patriot Way' -- a group that values teamwork and hard work above all else, which is why these guys are able to shine even if the spotlight is not on them." 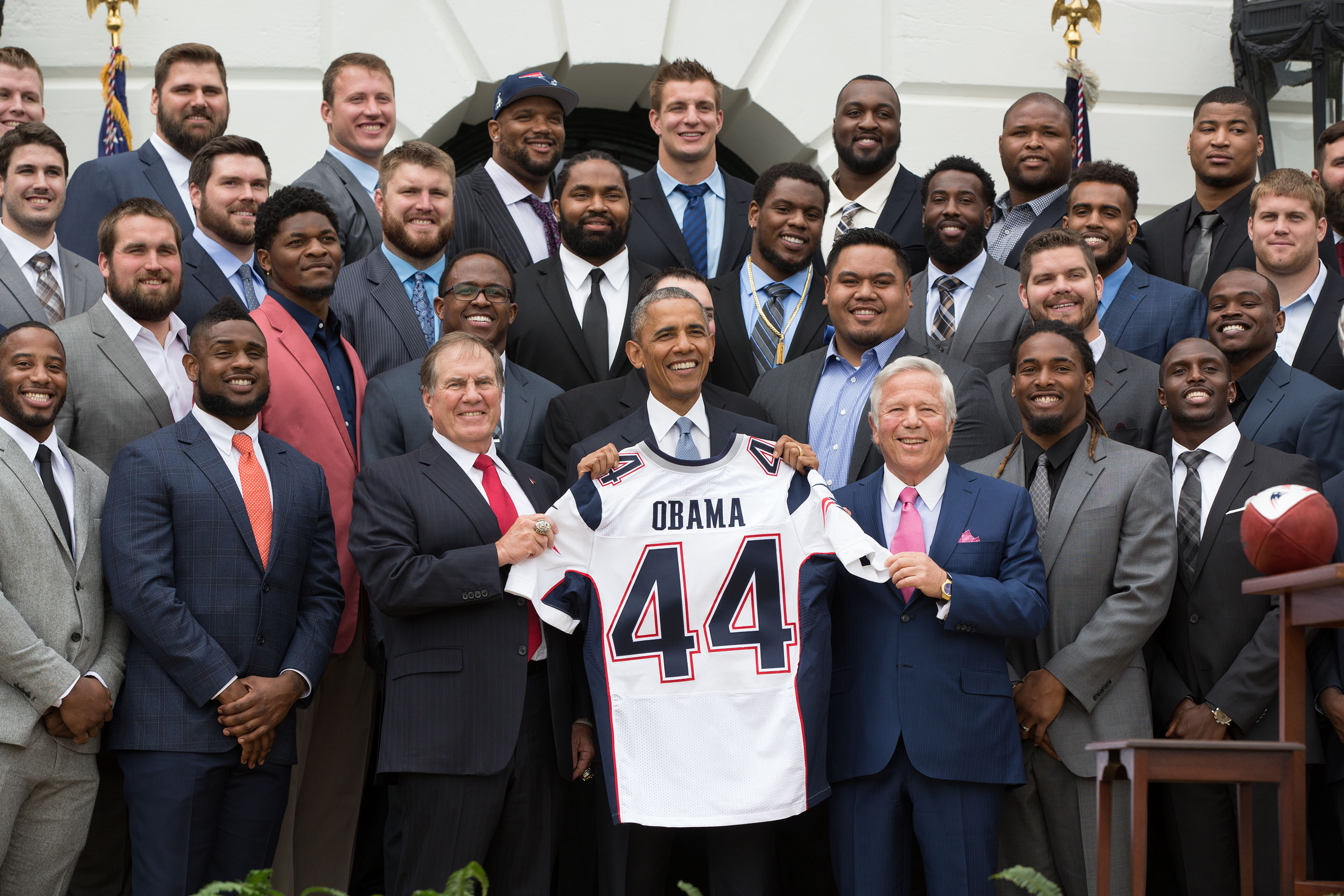 The President even joked with the Pats that he wished they'd “share some of those titles you keep winning with Chicago.” After all, he's hoping to see his Chicago Bears at the White House before he leaves office.

The New England Patriots finished 12-4, winning their sixth AFC East title, and ultimately Super Bowl XLIX in Phoenix. During the championship game, the Pats beat the Seattle Seahawks 28-24, and quarterback Tom Brady was named the game’s Most Valuable Player. This is the Patriots' fourth Super Bowl title in the last 14 years.

Congratulations once again to the 2015 Super Bowl Champion New England Patriots, Head Coach Bill Belichick, Pats owner Robert Kraft, and all of the New England family on an excellent season.