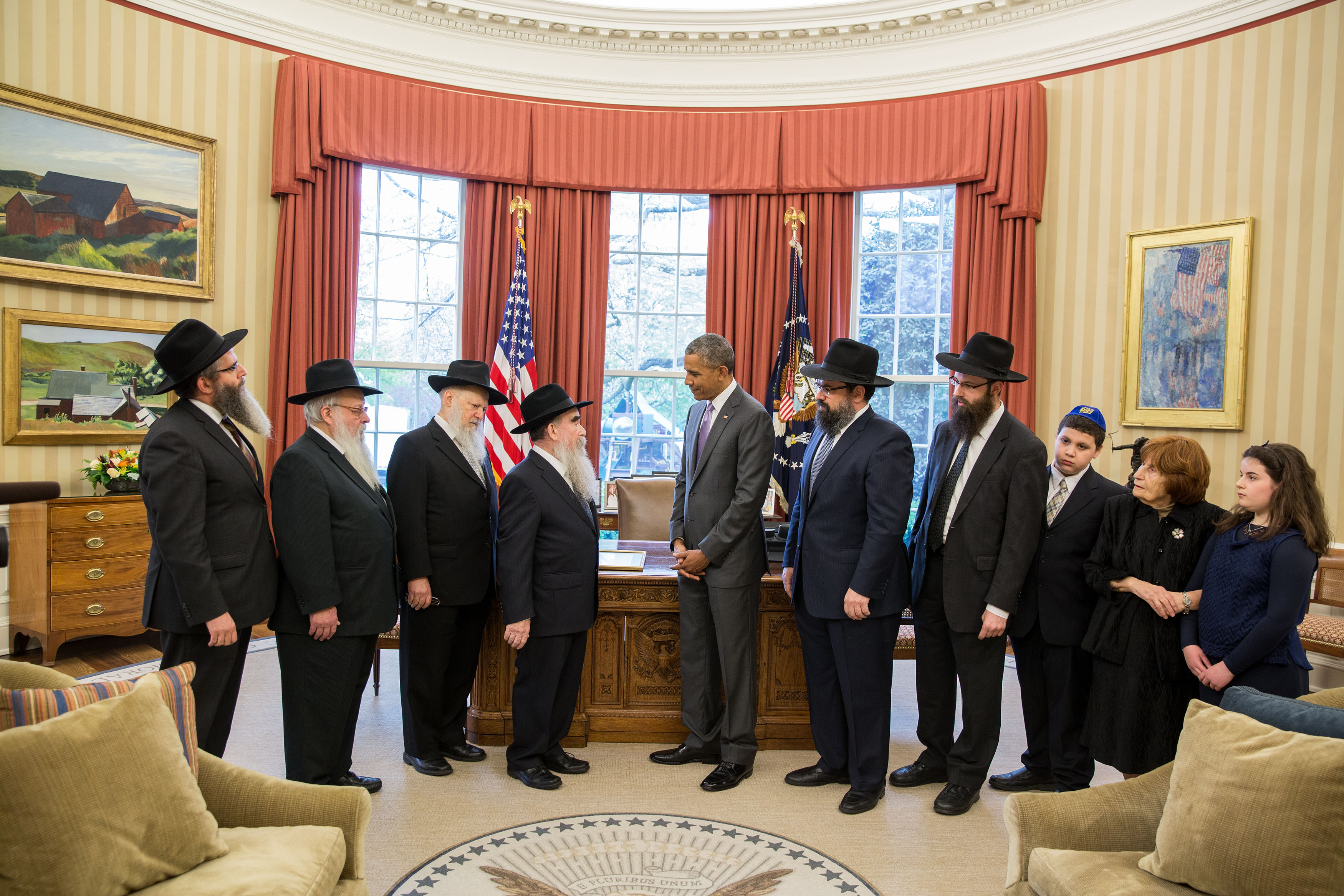 President Barack Obama presents a ceremonial copy of the Education and Sharing Day Proclamation that he issued on March 31, 2015 to a delegation from the American Friends of Lubavitch in the Oval Office, April 27, 2015. (Official White House Photo by Pete Souza)

On Monday, April 27, President Obama welcomed a delegation from Chabad-Lubavitch into the Oval Office to commemorate Education and Sharing Day, USA. Established by Congress in 1978 to honor the life’s work of Rabbi Menachem M. Schneerson (1902-1994), the Lubavitcher Rebbe, Education and Sharing Day provides an opportunity to focus on education's importance and recognize the contributions Rabbi Schneerson made during his lifetime in the fields of education and morality, ethics and justice.

In addition to issuing an annual proclamation, every President since the establishment of Education and Sharing Day has invited a delegation from the Chabad-Lubavitch movement into the Oval Office. The delegation included the leadership of American Friends of Chabad-Lubavitch, Rabbis Abraham and Levi Shemtov; Rabbi Yossy Gordon from Chabad on Campus; Rebbetzin Chave Hecht, a pioneers in girls' education who has been teaching for more than 70 years; and Menachem Benjaminson and Chaya Goldstein, two children who are leaders in Chabad-Lubavitch children’s service organization, the Jewish Children’s Corps.

President Obama presented the nine-person delegation with a framed, commemorative copy of this year’s proclamation, which was signed on March 31, 2015, noting his appreciation for the Rebbe’s lifetime of work and recognizing that education is among many shared Jewish and American values – values that have shaped and strengthened his own connection to the Jewish community.

The President called combating rising anti-Semitism a moral obligation and emphasized that he will continue to raise the issue with other world leaders.

Finally, the delegation recited the blessing typically made upon meeting a head of state and presented the President with a menorah bearing an inscription, which reads in part:

Mr. President, you represent the middle flame, which stands on a higher plane, dedicated in service to others and the greater good, carrying the dreams and aspirations of an entire nation upon your shoulders.