Welcome to the U.S.: The Prime Minister of Japan’s State Visit

Yesterday, Prime Minister of Japan Shinzo Abe arrived in Washington, D.C. for the beginning of a State Visit with President Obama. Prime Minister Abe’s visit is a tribute to the partnership between the United States and Japan that for seven decades has made enduring contributions to global peace, security, and prosperity.

"Across seven decades, our nations have become not just allies, but true partners and friends."

— President Obama on relations between the U.S. and Japan

As one of the first activities of the Prime Minister’s time in America, President Obama and Prime Minister Abe traveled to the Lincoln Memorial here in Washington, D.C. to spend time together in a place of historical significance to the United States. The President and Prime Minister toured the Memorial, standing between the Gettysburg Address and Lincoln’s second inaugural address, to chat and reflect. 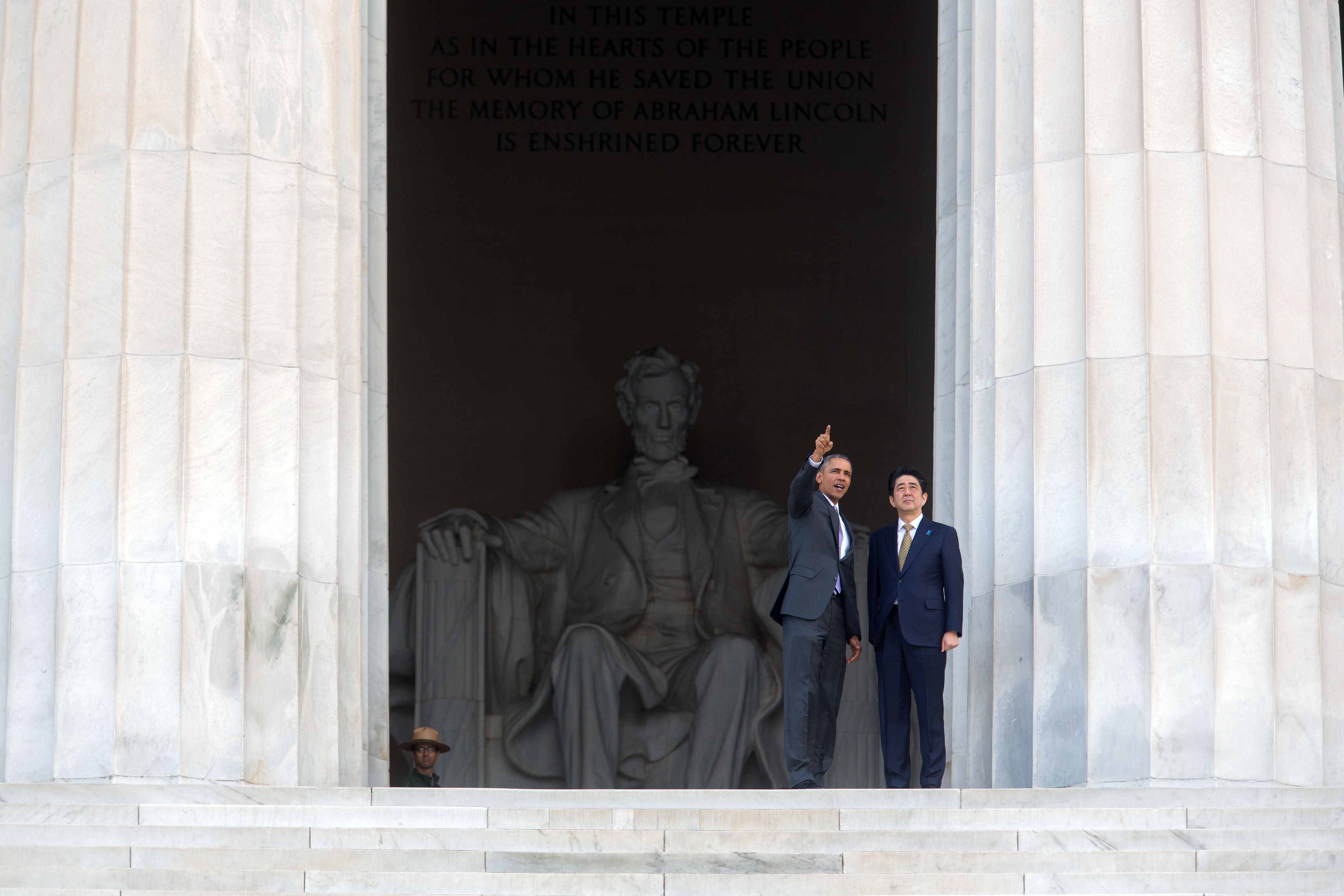 This morning, the President and Prime Minister met to talk about trade: The United States and Japan are leading efforts to set the rules for trade and investment, both in the Asia Pacific region and around the world. This afternoon, the two heads of state held a joint presser in the Rose Garden, where they announced that their respective countries would continue to work together to set high standards for trade in the 21st century, and to coordinate closely on transitioning to low-carbon economies and fighting climate change. President Obama also congratulated the Prime Minister for Japan’s efforts to bring more women into the workforce, and to let all girls learn. 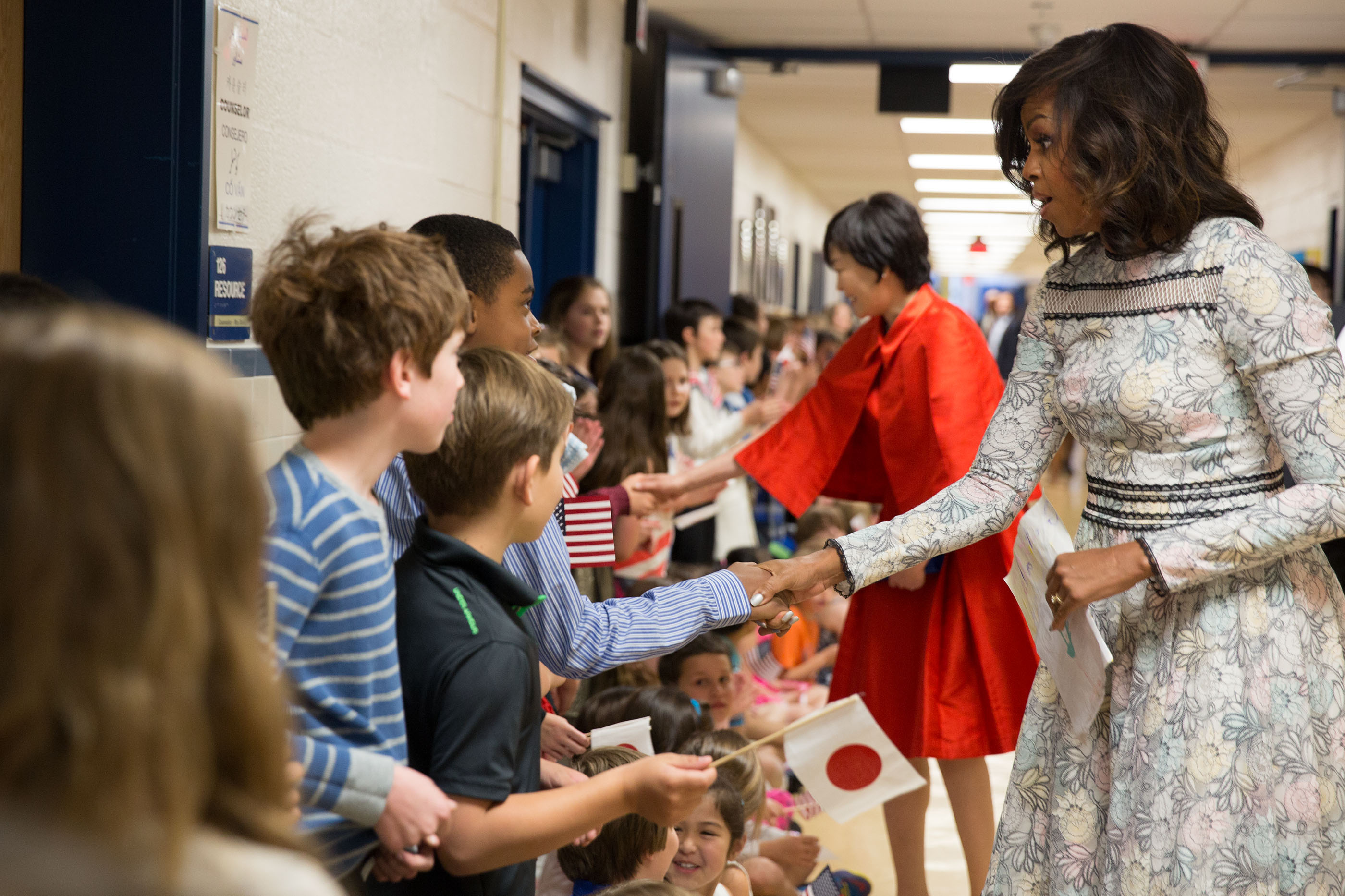 "My wish for all of you and for young people across America is that you have the chance to engage with kids from other parts of the world, that you learn about each other’s lives, that you understand one another’s hopes and dreams so that you can truly see for yourselves firsthand just how much we all have in common around the world."

Earlier today, while she was at the White House, First Lady Akie Abe even got to meet the First Dogs, Bo and Sunny, in a surprise visit! 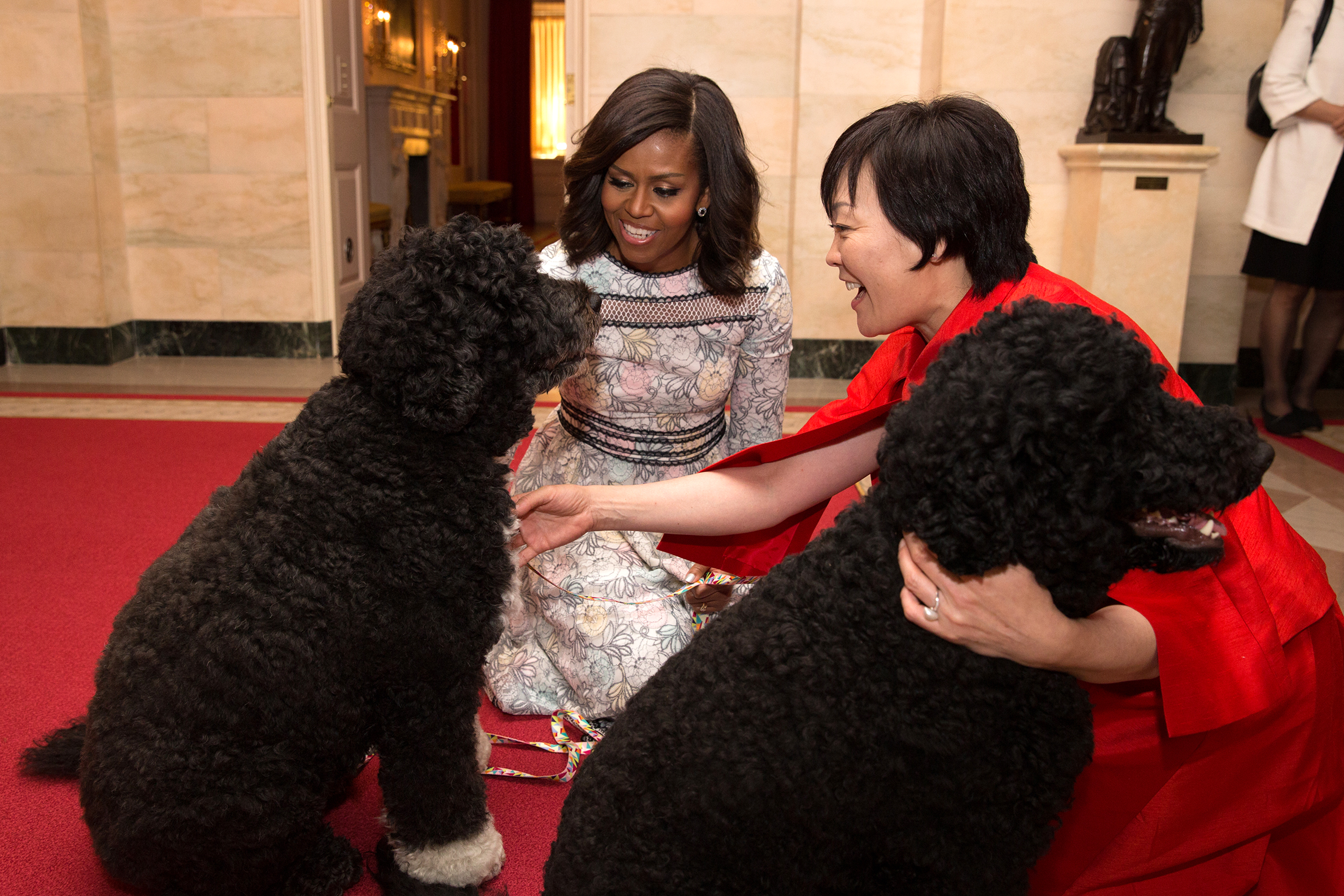 The Prime Minister’s State Visit will culminate in an Official State Dinner held tonight in the White House East Room.

For more information on the U.S. and Japan’s cooperation to work towards a more prosperous world, click here.