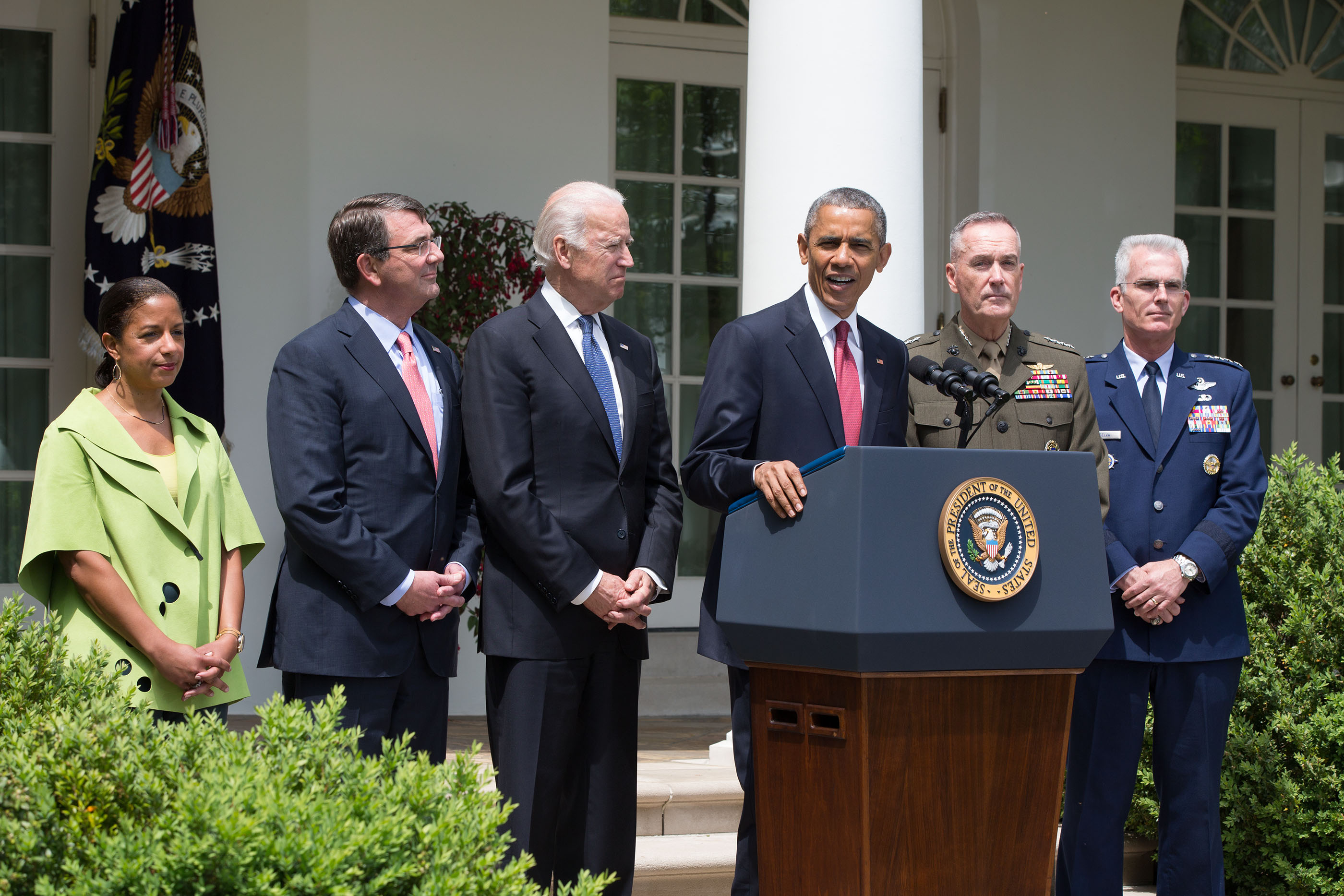 This afternoon, President Obama nominated Marine General Joseph Dunford to succeed Gen. Martin Dempsey as the next Joint Chiefs of Staff Chairman – the principal military advisor to the President and his national security team.

Gen. Dunford served as the Commander of American and Coalition Forces in Afghanistan in 2013 and 2014, and now serves as the Commandant of the U.S. Marine Corps. President Obama called Gen. Dunford one of the “most admired officers in our military,” and someone whose decision-making he trusts.

"Under his steady hand, we've achieved key milestones, including the transition to Afghan responsibility for security, historic Afghan elections, and the drawdown of U.S. forces."

Being a Chicago White Sox fan, President Obama quipped today that the only downside of Gen. Dunford's nomination was that there would now be another Red Sox fan in the Administration.

The President also nominated Air Force General Paul Selva as the next Vice Chairman of the Joint Chiefs of Staff. Gen. Selva currently serves as the head of U.S. Transportation Command -- the organization tasked with managing air, land, and sea military transportation -- and is a top Air Force officer and pilot. Previously the leader of Air Mobility Command, Gen. Selva has more than 35 years of military service, as both a pilot and commander, and is a graduate of the U.S. Air Force Academy.

"To Joe, to Paul, to your families, on behalf of the American people, thank you for your continued service to our nation."