"This Is My Heart Because You Haven't Visited South Dakota"

May 7, 2015 at 2:02 PM ET by Tanya Somanader
Twitter Facebook Email
Summary:
Eleven-year-old Rebecca has been waiting and waiting for President Obama to visit her home state for the last six years. Tomorrow, her wish will be answered.

Rebecca is 11 years old and her heart is broken.

A young resident of Vermillion, South Dakota, Rebecca has been waiting and waiting for President Obama to visit her home state for the last six years. So, in April, she took matters into her own hands and wrote the President a letter laying out her best arguments for him to come: "We are the warmest of the Dakotas ... and when I just go to the park, I sometimes see coyotes, hawks, and bald eagles." 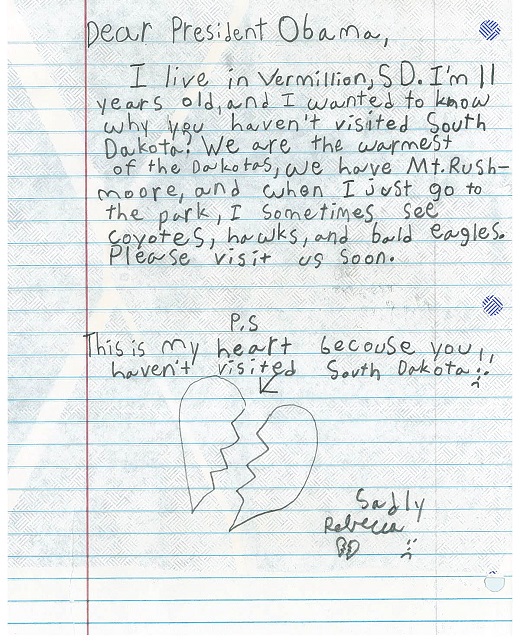 Tomorrow, Rebecca's heart can officially mend when President Obama steps off Air Force One in South Dakota -- the 50th state on his official visit list.

Go behind the lens with Pete Souza, the Chief Official White House Photographer, to catch some light, sad, and poignant moments of the President in every state leading up to South Dakota. 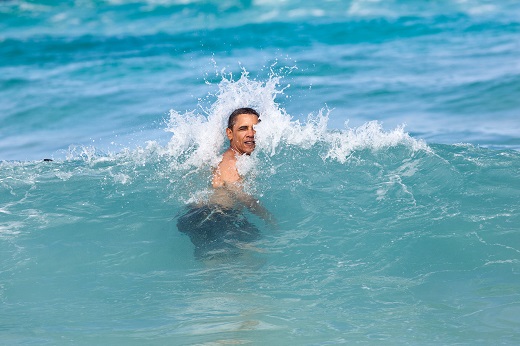 President Obama will be delivering the commencement address at Lake Area Tech Community College in Watertown -- and the town is kicking it into high gear in preparation for Friday's speech.

You can watch it live here on Friday: obamawhitehouse.archives.gov/road-to-higher-ed

In our growing global economy, Americans need to have more knoweldge and skills to compete, and community colleges like Lake Area Tech are a key stepping stone to good-paying jobs and the careers of the 21st century. That's why the President wants to make two years of community college free for everyone who is willing to work hard for a brighter future. If every state put this plan into action, roughly 9 million students would benefit each year.

Learn more about the President's efforts to help every student succeed in every step on the road to a higher education: https://obamawhitehouse.archives.gov/road-to-higher-ed