This afternoon, President Obama hosted the Air Force Fighting Falcons football team at the White House in honor of their winning the annual Commander-in-Chief’s Trophy. 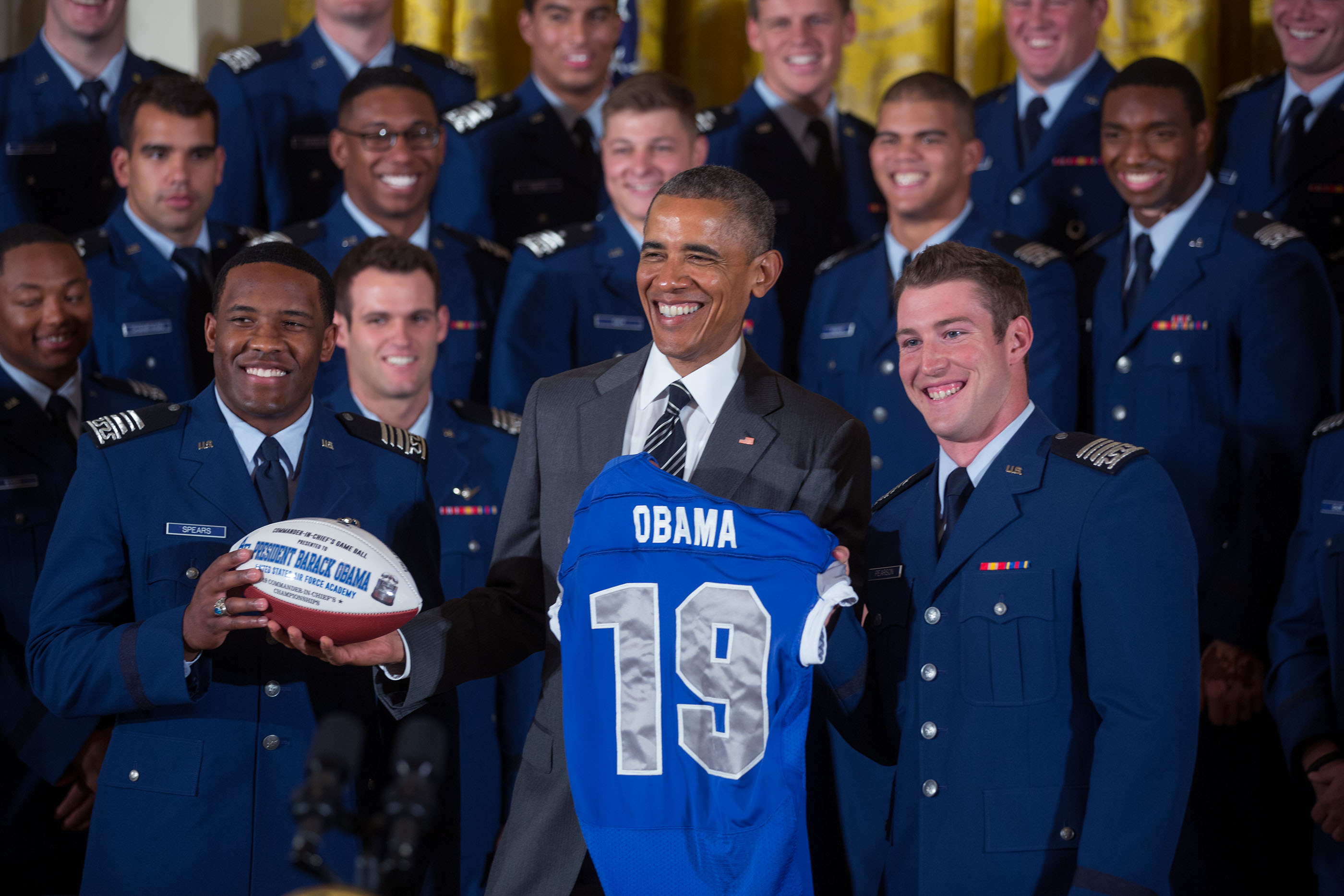 Every year, the Commander-in-Chief’s Trophy is awarded to the winner of a series of three football games between the Naval Academy at Annapolis, Maryland; the Military Academy at West Point, New York; and the Air Force Academy at Colorado Springs, Colorado.

This season marked the 19th time the Fighting Falcons won the series — and today was the Air Force Academy's third visit to the White House since President Obama took office. 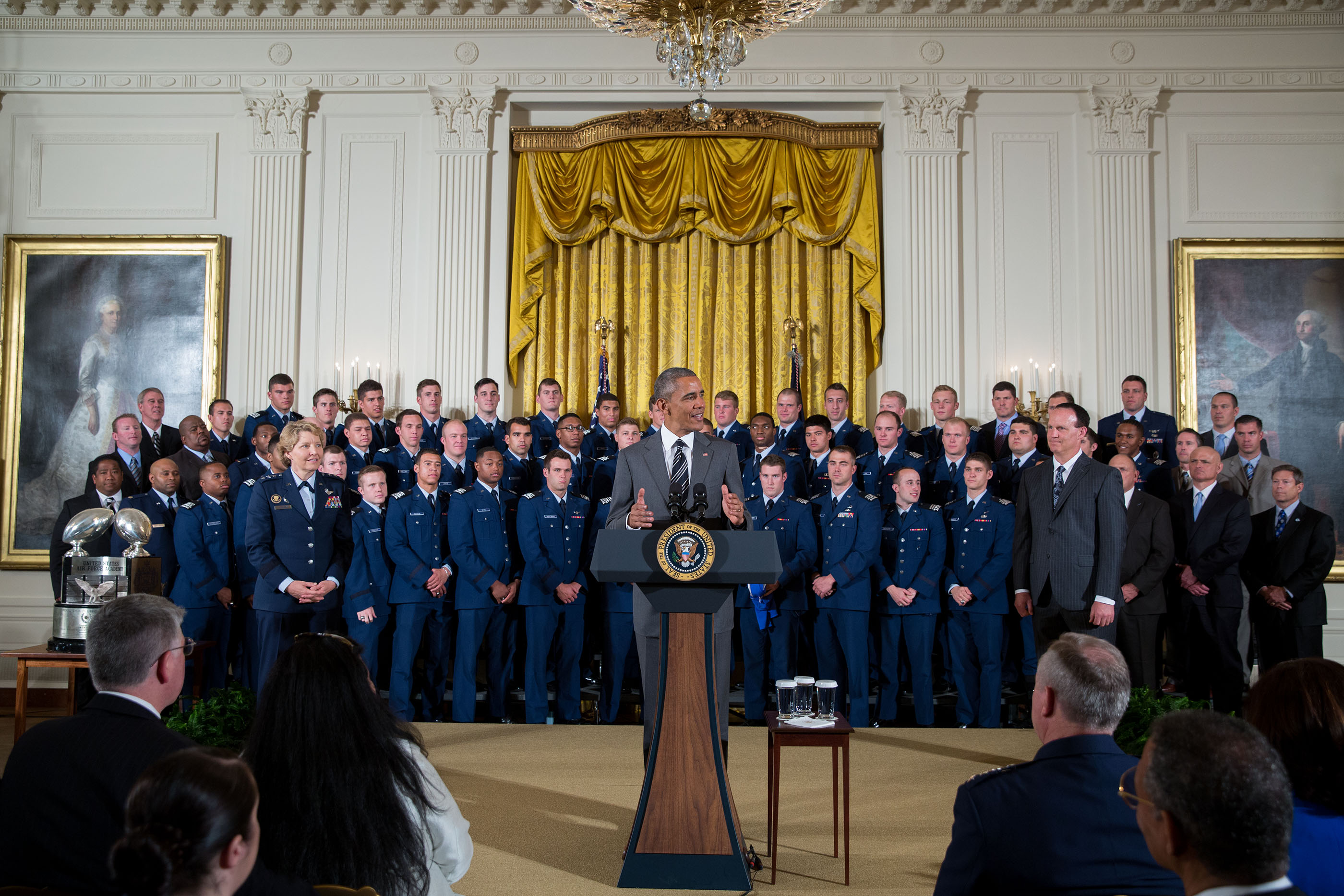 President Obama also made sure to congratulate the Falcons for more than just their victorious season, pointing out everything they were doing off the field. He praised the cadets for their leadership, and their commitment to combating sexual assault on their campus. He also noted that the Air Force Falcons had the highest graduation rate in the conference, and that Coach Calhoun recruited players with at least a 3.5 high school GPA. He also commended the cadets for volunteering their time and giving back to their communities — and, of course, their country.

"My favorite thing about Air Force — and all the academies who come through here — is not just that they win, it’s how they win."

The Commander-in-Chief’s Trophy will be displayed in the Cadet Fieldhouse at the Air Force Academy in Colorado Springs for the next year. Congratulations to the Air Force Fighting Falcons.