May 8, 2015 at 9:30 AM ET by Jason Furman
Twitter Facebook Email
Summary:
The economy added 223,000 jobs in April as the unemployment rate fell to 5.4 percent—the lowest since May 2008—and the participation rate ticked up.

The economy added 223,000 jobs in April as the unemployment rate fell to 5.4 percent—the lowest since May 2008—and the participation rate ticked up. This report largely reflects the ongoing recovery, but jobs in April were likely also boosted by a temporary bounce-back from winter weather. Notwithstanding the substantial progress our economy has made, it is critical to continue the overall momentum and further strengthen wage growth. That is why the President is pursuing policies including opening new markets for U.S. goods and services through expanded trade, increasing investments in infrastructure, providing relief from the sequester, and raising the minimum wage.

FIVE KEY POINTS ON THE LABOR MARKET IN APRIL 2015

1. The private sector has added 12.3 million jobs over 62 straight months of job growth, extending the longest streak on record. Today we learned that private-sector employment rose by 213,000 in April. Our businesses and the economy as a whole created more than 200,000 jobs in thirteen of the past fourteen months—the first time that has happened since 1995. After taking into account the downward revision for the March jobs number, our economy has added 3.0 million new jobs over the past twelve months, nearly the fastest pace in more than a decade. 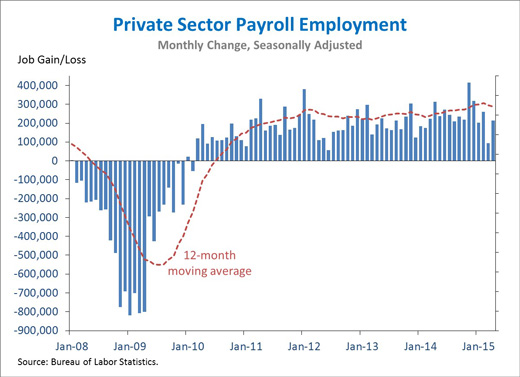 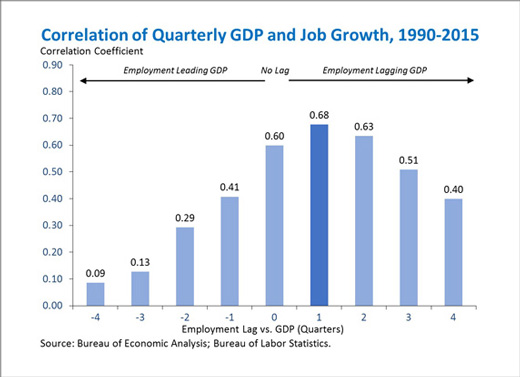 3. Last week’s Employment Cost Index (ECI) report from the Bureau of Labor Statistics showed that continued slow growth in hourly employer health benefit costs has persisted into 2015. The ECI measures a wide range of categories of worker compensation, including wages and salaries as well as benefits. In recent years, growth in hourly health benefit costs has been unusually slow, consistent with the very slow growth seen across a wide variety of measures of health care costs in part due to the Affordable Care Act. These most recent data show that slow growth in employer health benefit costs persisted through early 2015. Indeed, the data show that hourly wages and salaries at private-sector employers rose at a faster pace than hourly benefit health costs over the 12 months ending in March 2015—the first time that has happened since 1998. The first-quarter data from the ECI have historically been a good predictor of trends in other closely-watched measures of health care costs in employer coverage, including the Kaiser Family Foundation’s annual survey of employer premiums. 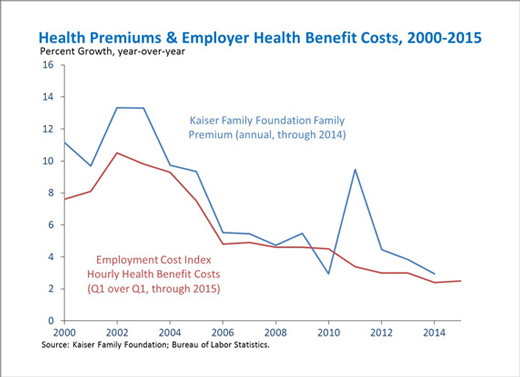 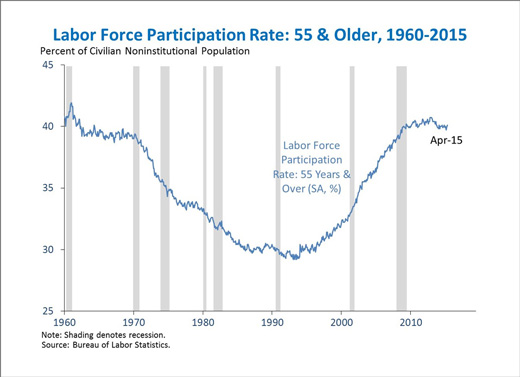 5. April job growth in many industries was in line with recent trends, with some evidence of bounce-back from weather-related job losses in March. April was an especially strong month for construction (+45,000), following a loss in March (-9,000). Health care and social assistance (+56,000) was also particularly strong in April. April was a weaker than usual month in mining and logging (-15,000) and wholesale trade (-5,000). In fact, April was the fourth consecutive month of declining mining and logging employment, likely reflecting cutbacks in oil production. Across the 17 industries shown below, the correlation between the most recent one-month percent change and the average percent change over the last twelve months rose to 0.85 from 0.51 last month, well above the average correlation over the past two years. 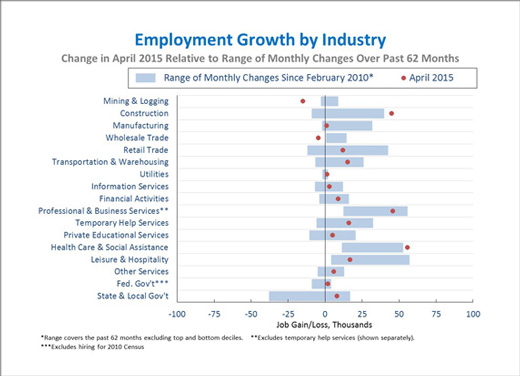