In Case You Missed It: The First Lady's Powerful Remarks to Tuskegee University's Class of 2015

May 11, 2015 at 8:08 PM ET by David Hudson
Twitter Facebook Email
Summary:
First Lady Michelle Obama delivers the commencement address to the Class of 2015 at Tuskegee University -- a historically black university in Tuskegee, Alabama.

This past Saturday, First Lady Michelle Obama delivered the commencement address to the Class of 2015 at Tuskegee University -- a historically black university in Tuskegee, Alabama. Founded by Booker T. Washington in 1881, Tuskegee is the only university in America to be designated as a National Historic Site.

In her remarks, the First Lady detailed Tuskegee's rich history -- spotlighting a number of the distinguished alumni that have previously walked the university's halls -- and encouraged the current class of graduates to not be intimidated by the legacy of their predecessors, or the expectations of others.

Mrs. Obama explained that she understood that kind of pressure herself -- not only as a First Lady, but as the first African American First Lady of the United States.

"I didn’t start out as the fully formed First Lady who stands before you today. No, no, I had my share of bumps along the way."

"Eventually," she said, "I realized that if I wanted to keep my sanity and not let others define me, there was only one thing I could do, and that was to have faith in God’s plan for me. I had to ignore all of the noise and be true to myself -- and the rest would work itself out." 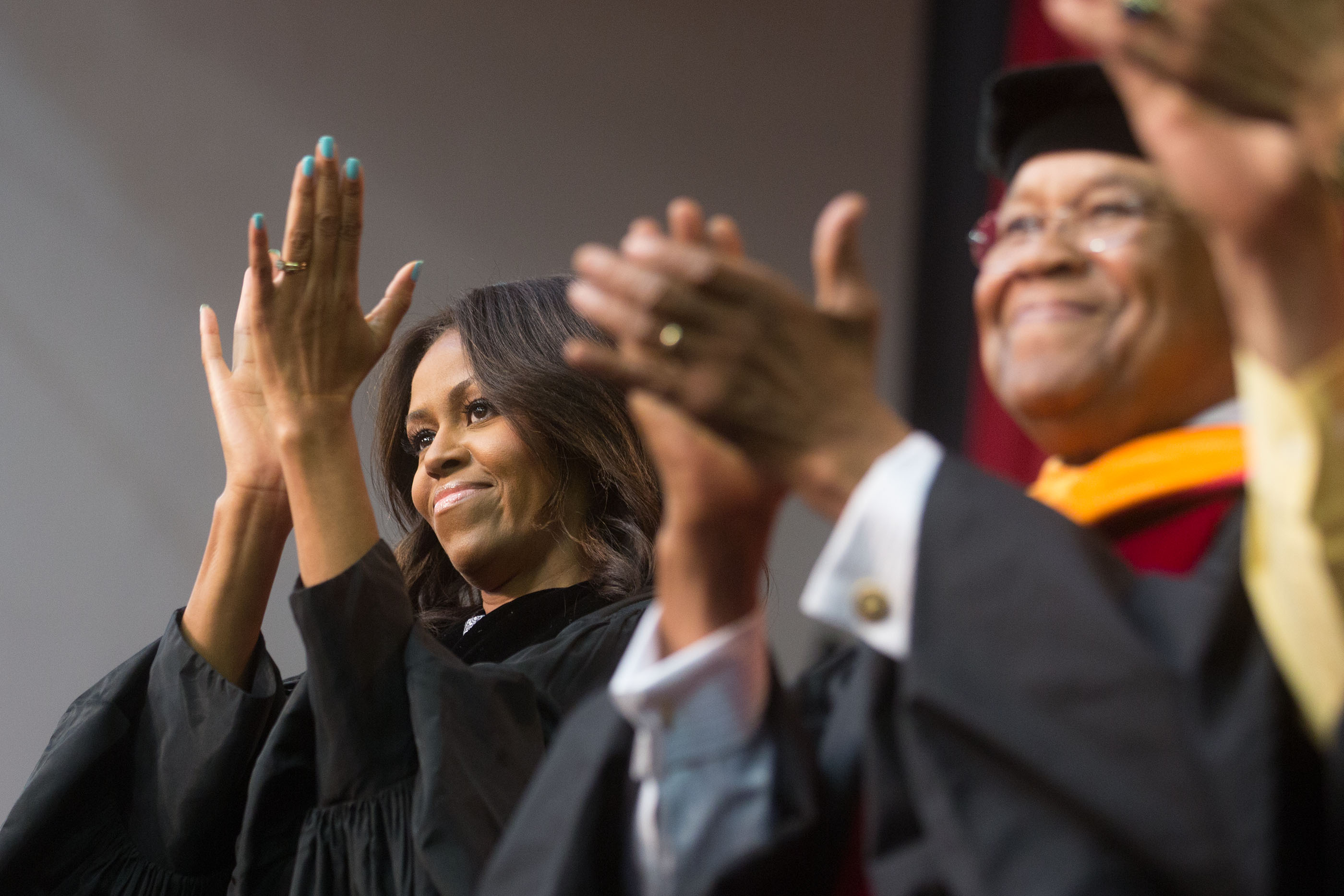 Mrs. Obama also detailed the obligation that she felt to make the "biggest impact possible" with the platform that comes with being the First Lady:

I took on issues that were personal to me -- issues like helping families raise healthier kids, honoring the incredible military families I’d met on the campaign trail, inspiring our young people to value their education and finish college.

Now, some folks criticized my choices for not being bold enough.  But these were my choices, my issues.  And I decided to tackle them in the way that felt most authentic to me -- in a way that was both substantive and strategic, but also fun and, hopefully, inspiring.

"At the end of the day," she said, "by staying true to the me I've always known, I found that this journey has been incredibly freeing."

"Graduates, that’s what I want for all of you. I want you all to stay true to the most real, most sincere, most authentic parts of yourselves." 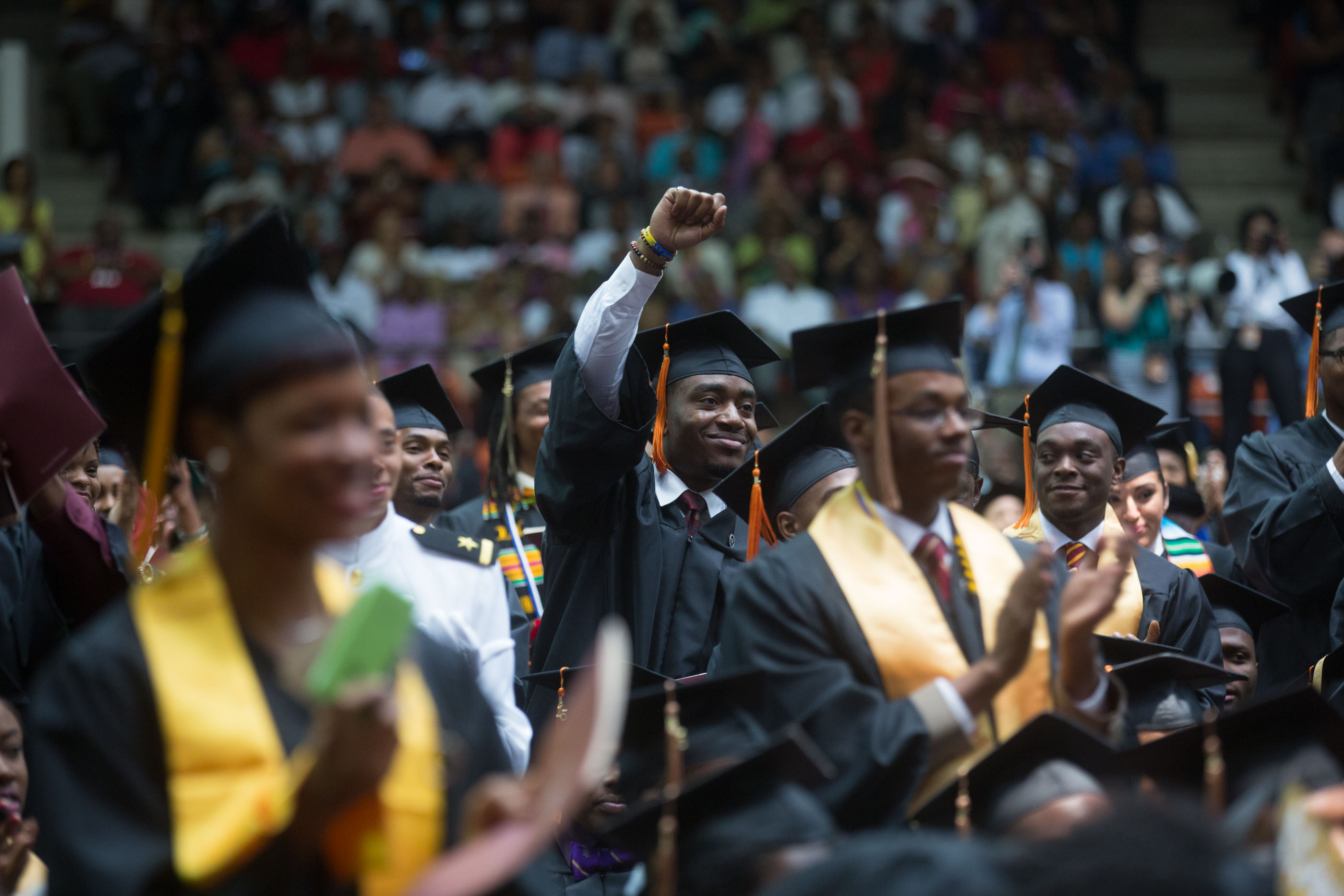 A student in the audience waves during First Lady Michelle Obama's remarks for the Tuskegee University Commencement ceremony in Tuskegee, Ala., May 9, 2015. (Official White House Photo by Chuck Kennedy)

The First Lady also encouraged the graduates to remain strong in the face of those that "will make assumptions about who they think you are based on their limited notion of the world," explaining how she and the President have been on the receiving end of those assumptions throughout their lives:

We’ve both felt the sting of those daily slights throughout our entire lives -- the folks who crossed the street in fear of their safety; the clerks who kept a close eye on us in all those department stores; the people at formal events who assumed we were the “help” -- and those who have questioned our intelligence, our honesty, even our love of this country.

And I know that these little indignities are obviously nothing compared to what folks across the country are dealing with every single day -- those nagging worries that you’re going to get stopped or pulled over for absolutely no reason; the fear that your job application will be overlooked because of the way your name sounds; the agony of sending your kids to schools that may no longer be separate, but are far from equal; the realization that no matter how far you rise in life, how hard you work to be a good person, a good parent, a good citizen -- for some folks, it will never be enough.

"All of that is going to be a heavy burden to carry," she said, adding that it can often make people feel like their lives don't matter. "[These feelings are] rooted in decades of structural challenges that have made too many folks feel frustrated and invisible. And those feelings are playing out in communities like Baltimore and Ferguson and so many others across this country."

The First Lady emphasized, however, that those frustrations are not an excuse to quit, or to lose hope.

"Our history provides us with a better story, a better blueprint for how we can win," she said. "It teaches us that when we pull ourselves out of those lowest emotional depths, and we channel our frustrations into studying and organizing and banding together -- then we can build ourselves and our communities up. We can take on those deep-rooted problems, and together -- together -- we can overcome anything that stands in our way." 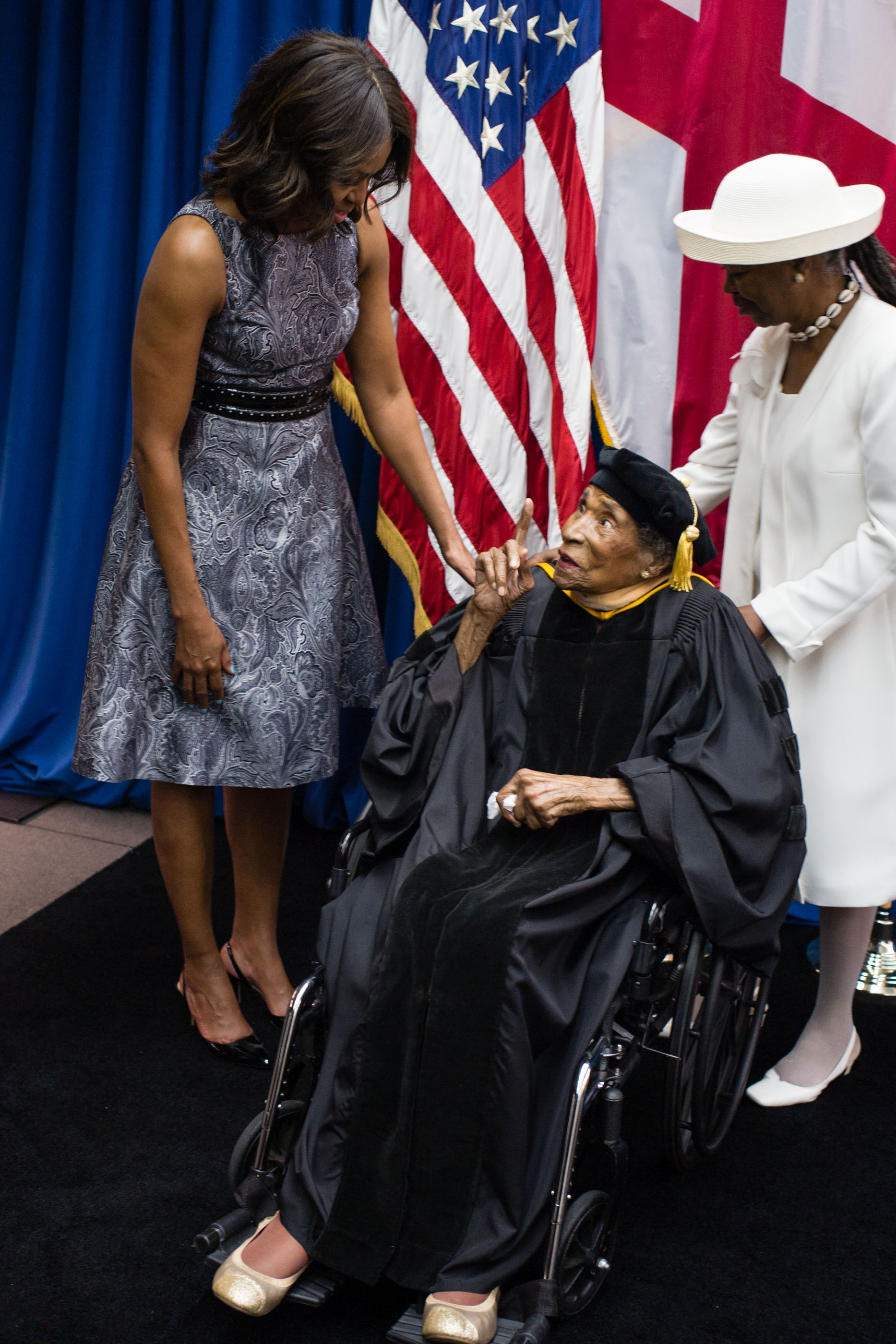