3 Important Thoughts the President Shared on Poverty in America:

Today at Georgetown University, President Obama sat down with Harvard professor Robert Putnam and American Enterprise Institute president Arthur Brooks to share his views on poverty in America and what we can do to ensure every American — no matter who they are, where they come from, or where they live — has access to the opportunities they deserve.

The conversation, hosted by the Washington Post’s E.J. Dionne, touched on economic solutions that can broaden opportunity, the political will to support initiatives that expand those opportunities, and the minority communities that are disproportionately impacted by the decision — or failure — to make those investments. The President also offered his candid and personal views on how growing up without a father shaped how he sees these issues today.

Check out the top three highlights from the conversation here:

"We have not been willing, I think, to make some of those common investments so that everybody can play a part in getting opportunity."

President Obama on the need to make common investments that expand opportunity for our kids. #PovertySummit http://t.co/OJc8DsAuC1

“A free market is perfectly compatible with making investment in good public schools, public universities; investments in public parks,” the President said. “But that’s, in part, what’s been under attack for the last 30 years.”

"I am a black man who grew up without a father, and I know the costs that I paid for that."

“I am a black man who grew up without a father, and I know the costs that I paid for that." —Obama #PovertySummit http://t.co/Q8xoMilr7U

“I also know I had the capacity to break that cycle, and as a consequence I think my daughters are better off,” he said. “For me to have that conversation does not negate my conversation about the need for early childhood education, or the need for job training, or the need for greater investment in infrastructure or jobs in low-income communities.”

"It would be powerful for our faith-based organizations to speak out" on poverty.

“It would be powerful for our faith-based organizations to speak out on this.” —Obama on poverty #PovertySummit http://t.co/nxijdV7Nmf

“There’s a more transformative voice around these issues that can move and touch people,” the President said. If faith-based organizations make it a priority to fight on poverty issues, they can spur a swell of political will to act on behalf of America’s impoverished communities. “Nobody’s shown that better than Pope Francis.”

How does poverty impact your community? Share what you’re seeing and what you think would make a difference in your neighborhood with us here. 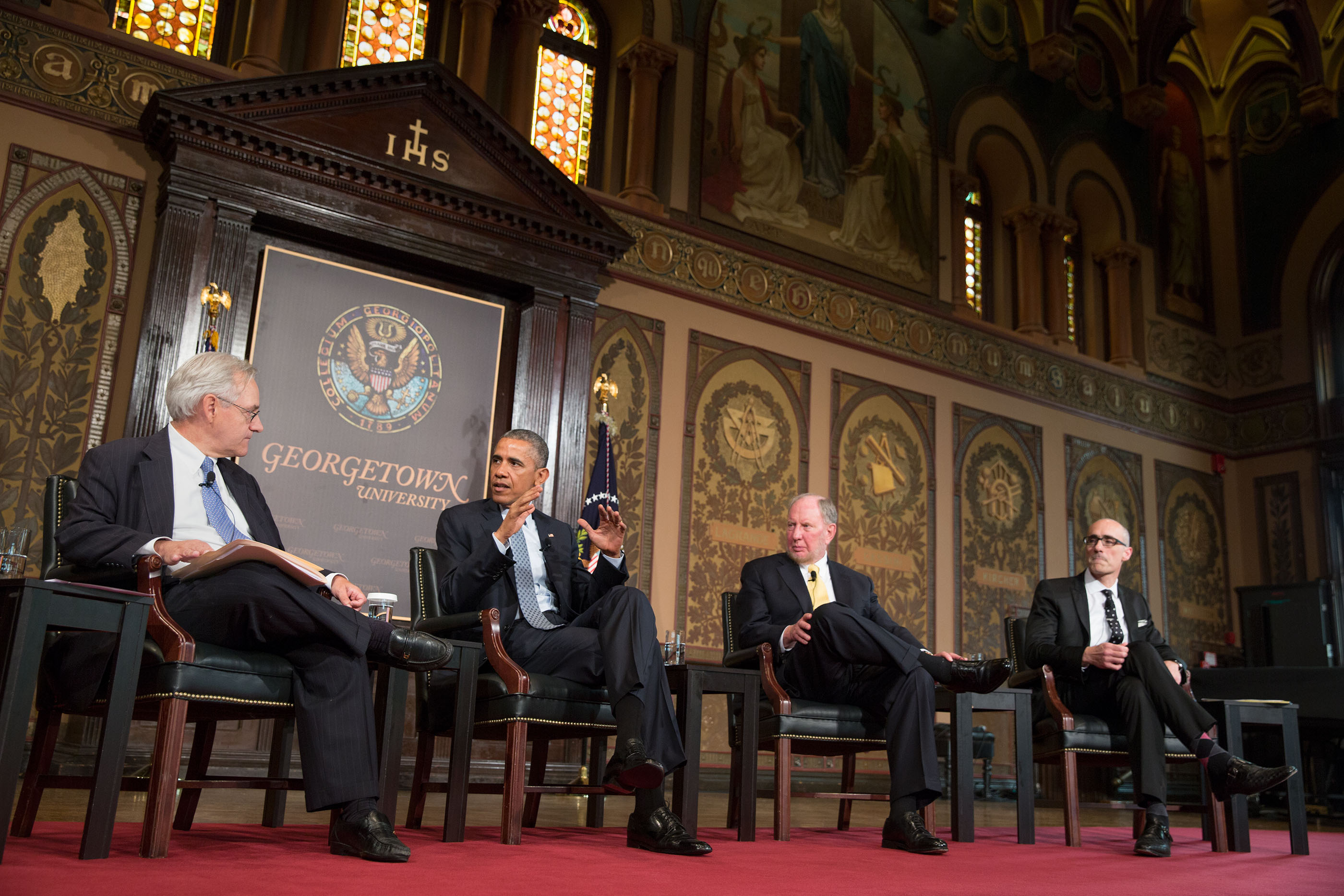