May 16, 2015 at 11:05 AM ET by Jenna Brayton
Twitter Facebook Email
Summary:
President Obama speaks at the National Peace Officers Memorial Service, honoring peace officers killed in the line of duty.

Yesterday morning, President Obama attended the National Peace Officers Memorial Service where he honored 131 peace officers who died in the line of duty this year and met with the families of the fallen law enforcement members. The National Peace Officers Memorial Service, held annually at the U.S. Capitol, is part of National Police Week and pays tribute to the men and women – beat cops, deputies, detectives, correctional and forest service officers, federal agents, and tribal police - who have put themselves in harm’s way so that others could live in safety. 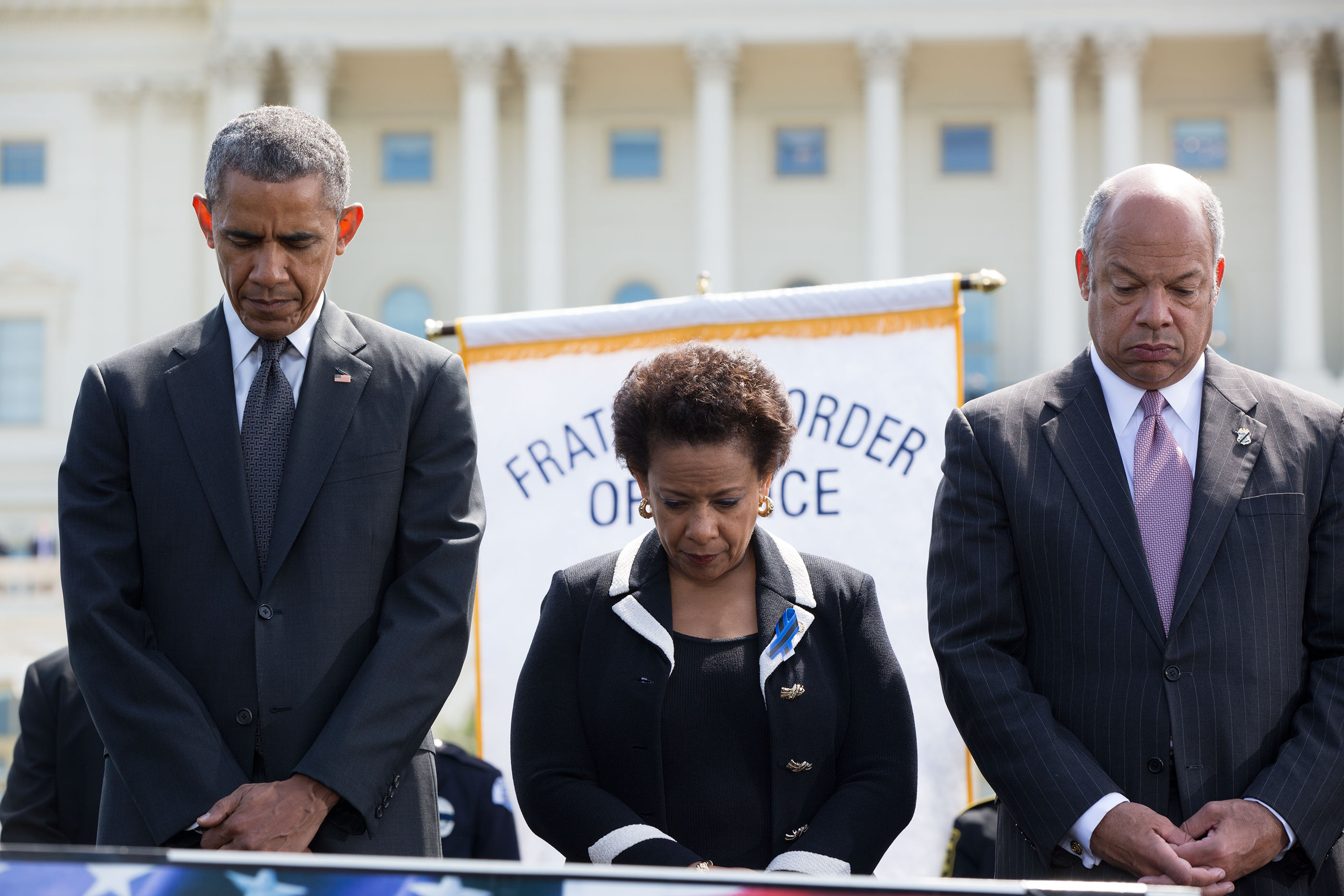 At the memorial service, President Obama thanked the families for allowing their fallen loved ones to serve, and told them how deeply grateful we are for their loved one’s sacrifice.

President Obama praised the courage and idealism of the fallen peace officers, noting that it took a truly special individual to make the commitment to risk their lives so that others could know peace and security.

"We hold them up as heroes because that’s what they are. It takes a special kind of courage to be a peace officer."

The President promised that, in tribute to the officers who were killed in the line of duty, “we can work harder as a nation to heal the rifts that still exist in some places between law enforcement and the people you risk your lives to protect.”

He also told attendees how thankful he was for the sacrifice borne by the families of the fallen officers who serve right alongside their loved ones. The President promised that as a country we would work harder to honor their legacy, because we “owe it to your fellow officers who gave the last full measure of devotion.”