May 20, 2015 at 12:11 PM ET by Ambassador Michael Froman
Twitter Facebook Email
Summary:
Enforceable commitments to protect the environment, coupled with targeted technical assistance and capacity building, can result in important environmental progress on the ground.

Ed. note: The following was originally posted on Tradewinds, the official blog of the United States Trade Representative. You can read the original post here.

Today’s environmental challenges are staggering in their severity and scope.

Iconic animals such as elephants and rhinoceros, as well as lesser known species, such as the pangolin, saola, vaquita, and totoaba are under threat from wildlife trafficking. Illegal fishing is driving global economic losses in the billions each year while depleting treasured marine resources. While illegal logging is damaging ecosystems and undercutting sustainable, regulated business. 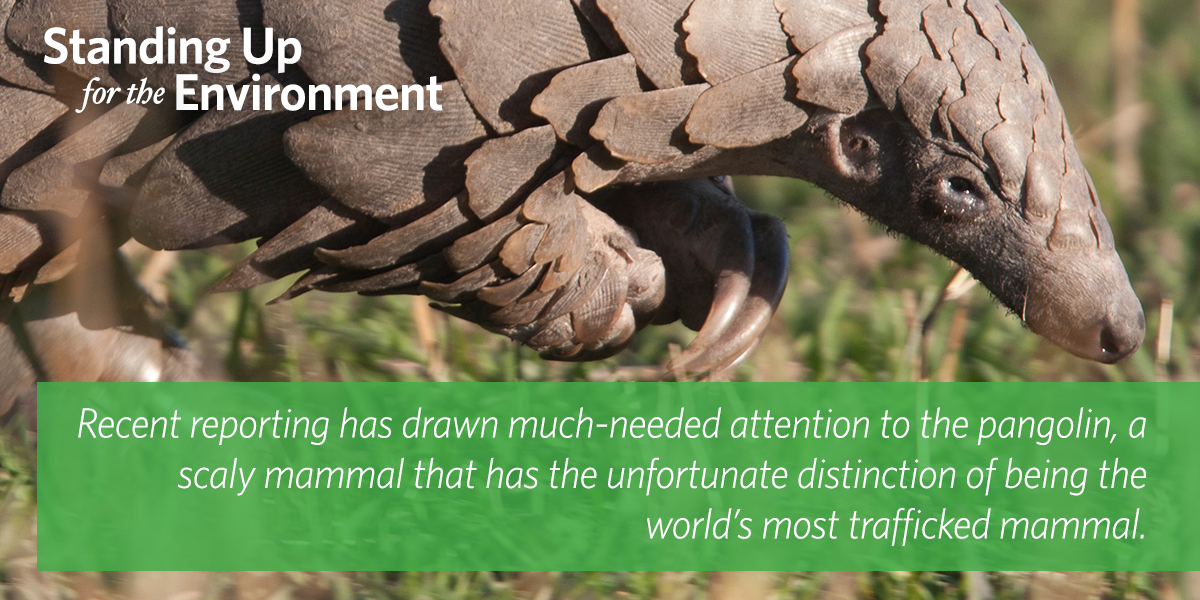 Enforceable commitments to protect the environment, coupled with targeted technical assistance and capacity building, can result in important environmental progress on the ground. Even under our early trade agreements, with more limited environmental provisions, we have helped our trading partners countries put in place over 700 new or improved environmental and/or conservation laws, policies and regulations. Millions of people have been reached through environmental and public awareness campaigns, and thousands of miles of land are under improved national resources management.

There’s certainly more we need to do. And that is why we’re pressing for even better tools in our new agreements, like the Trans-Pacific Partnership (TPP) currently under negotiation between the United States and 11 other countries. The tools matter. And with better, stronger tools in TPP we will be able to protect one of the most ecologically and economically significant regions of the world – from the deserts and plains of Australia, to the Mekong River Delta of Vietnam, to the Andes mountains of Peru.

This is a region that encompasses major consumer and export markets for protected wildlife and includes seven of the top eighteen fishing nations, which together account for a quarter of global marine catch and seafood exports. Across this critical zone, the TPP would establish the toughest environmental protections of any regional trade agreement to date, with an extensive set of fully enforceable environmental obligations, including:

Because President Obama’s trade agenda prioritizes conservation and environmental protections, it’s winning some important allies. A number of conservation and animal welfare organizations, including the World Wildlife Fund, Oceana, the Humane Society of the United States, World Animal Protection, International Fund for Animal Welfare, The Nature Conservancy and others have already expressed their support for delivering ambitious and enforceable conservation obligations through TPP.

As today’s report demonstrates, trade agreements can include effective tools for environmental defenders. With TPP negotiations approaching the finish line, we have an opportunity to create even stronger tools and protect the environment on a bigger scale than ever before.

To view the report "Standing Up for the Environment: Trade for a Greener World," please click here.