Creating Opportunity for All in Rural Communities

Rural America provides the vast majority of food and energy benefits for the rest of the country, is the source of nearly 90 percent of renewable water resources, and is home to important service sector and manufacturing hubs. Despite this critical role in our nation’s economy, too many Americans in rural areas are not sharing in our nation’s economic growth.

In 2013, 6.2 million Americans in rural areas lived in poverty, including about 1.5 million children. Moreover, in far too many of these communities, high rates of poverty have persisted for generations: Over 300 rural counties have had poverty rates of over 20 percent in every Census since 1980. 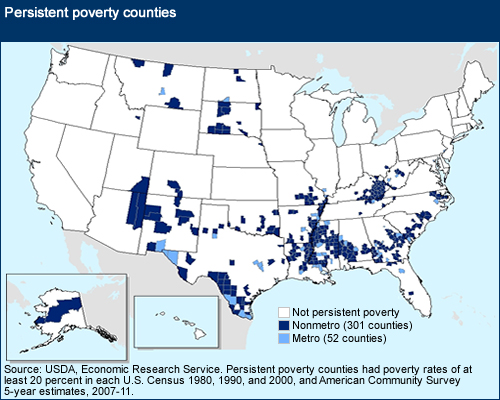 While the fight to eliminate poverty is far from over, today, as part of the White House Rural Council’s ongoing efforts to address rural child poverty, we released a report that finds that programs like refundable tax credits, Social Security, SNAP, and housing assistance lifted about 9.0 million rural people out of poverty in 2013, including about 1.6 million children.

The report, entitled Opportunity for All: Fighting Rural Child Poverty, examines poverty in rural areas, discusses the positive impact of safety net programs on reducing rural poverty, and highlights the Administration’s efforts and proposals to reduce poverty and promote opportunity in rural communities.

These efforts not only reduce poverty today, but have helped cut poverty over the last 50 years. The 2014 Economic Report of the President documented that federal programs designed to reduce poverty and promote opportunity have cut poverty by more than one-third over the past 50 years. In this report, we show further that poverty in rural areas has fallen by nearly half between 1967 and 2012, compared to about one-quarter in urban areas. 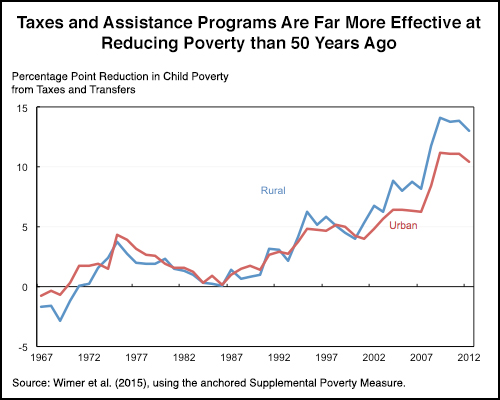 Among poor rural children, programs like Social Security and SNAP have profound impacts on well-being. Social Security reduces the share of children living in deep poverty — below half the poverty line — by nearly one-half, while SNAP cuts deep child poverty by about 30 percent. 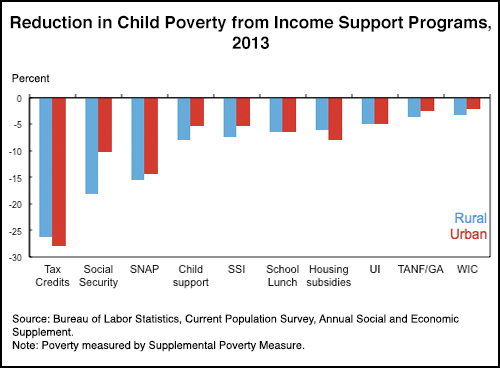 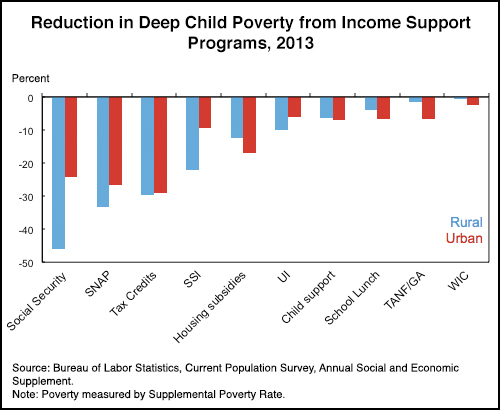 Yet much more needs to be done. President Obama recently remarked, “In order to ensure that all Americans are able to reach the first rung on the ladder of opportunity, we must continue to invest in the types programs that we know have worked to produce our successes to date.”

The President has laid out an agenda that would do just that — make the investments needed to promote opportunity and reduce poverty in the near and long term. That agenda:

Rural America continues to be a source of strength and opportunity for both the people who live there and for the nation as a whole. The Administration aims to build upon the progress we have already made in reducing rural poverty, by leveraging technology, forging new partnerships, and exploring new models of program delivery, to ensure that all kids have an opportunity to succeed.