May 21, 2015 at 12:05 PM ET by Jenna Brayton
Twitter Facebook Email
Summary:
See the President's speech to the class of 2015 at the United States Coast Guard Academy in New London, Connecticut.

Yesterday, President Obama traveled to New London, Connecticut to give the commencement address to the class of 2015 at the U.S. Coast Guard Academy. 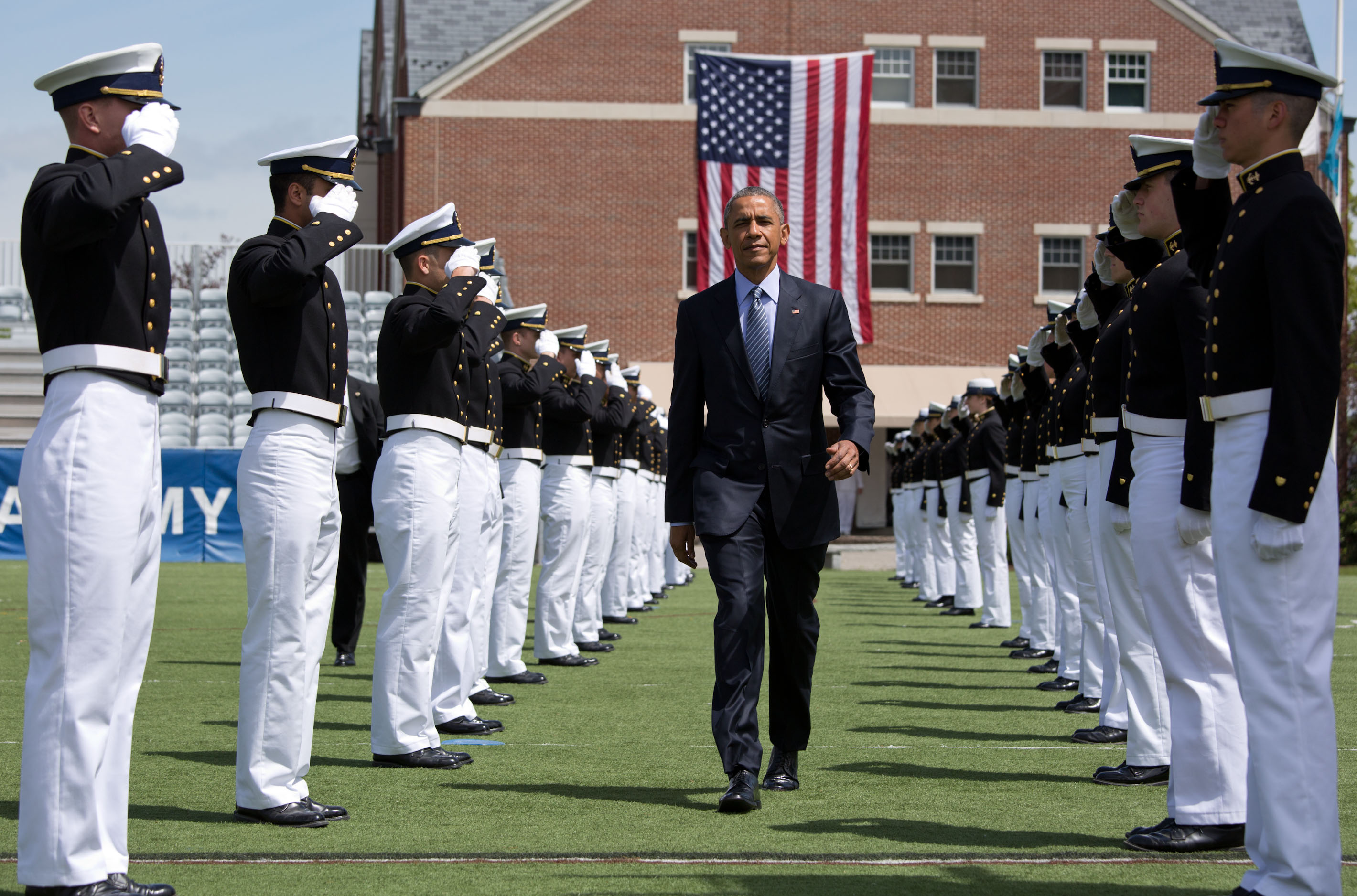 "Class of 2015, I’m here as your Commander-in-Chief, on behalf of the American people, to say thanks to each of you."

The President thanked the Coast Guardsmen cadets for embarking on a life of dedication to service, achievement, and purpose. He told them how much America needs them: in times of disaster or distress, in dangerous places around the world, and on the frontlines of our homeland.

President Obama also said that he viewed their biggest challenge as their mission to help protect against the peril of climate change.

"And this brings me to the challenge I want to focus on today -- one where our Coast Guardsmen are already on the front lines, and that, perhaps more than any other, will shape your entire careers -- and that’s the urgent need to combat and adapt to climate change."

"As America’s Maritime Guardian," he said, "you’ve pledged to remain always ready -- Semper Paratus -- ready for all threats. And climate change is one of those most severe threats.” He called on the cadets to face the challenge of climate change head on, and reminded them that the threat that climate change posed to the world cuts to the very core of their mission and service as Coast Guardsmen.

As President Obama was leaving the stage, he took a photo with the cadets and shared his thoughts on the ceremony on his new Twitter account:

An honor to address the Coast Guard class of 2015. Confident they'll help us meet big challenges like climate change. pic.twitter.com/1z4fteA1YJ