Thanking and Supporting Our Military Caregivers 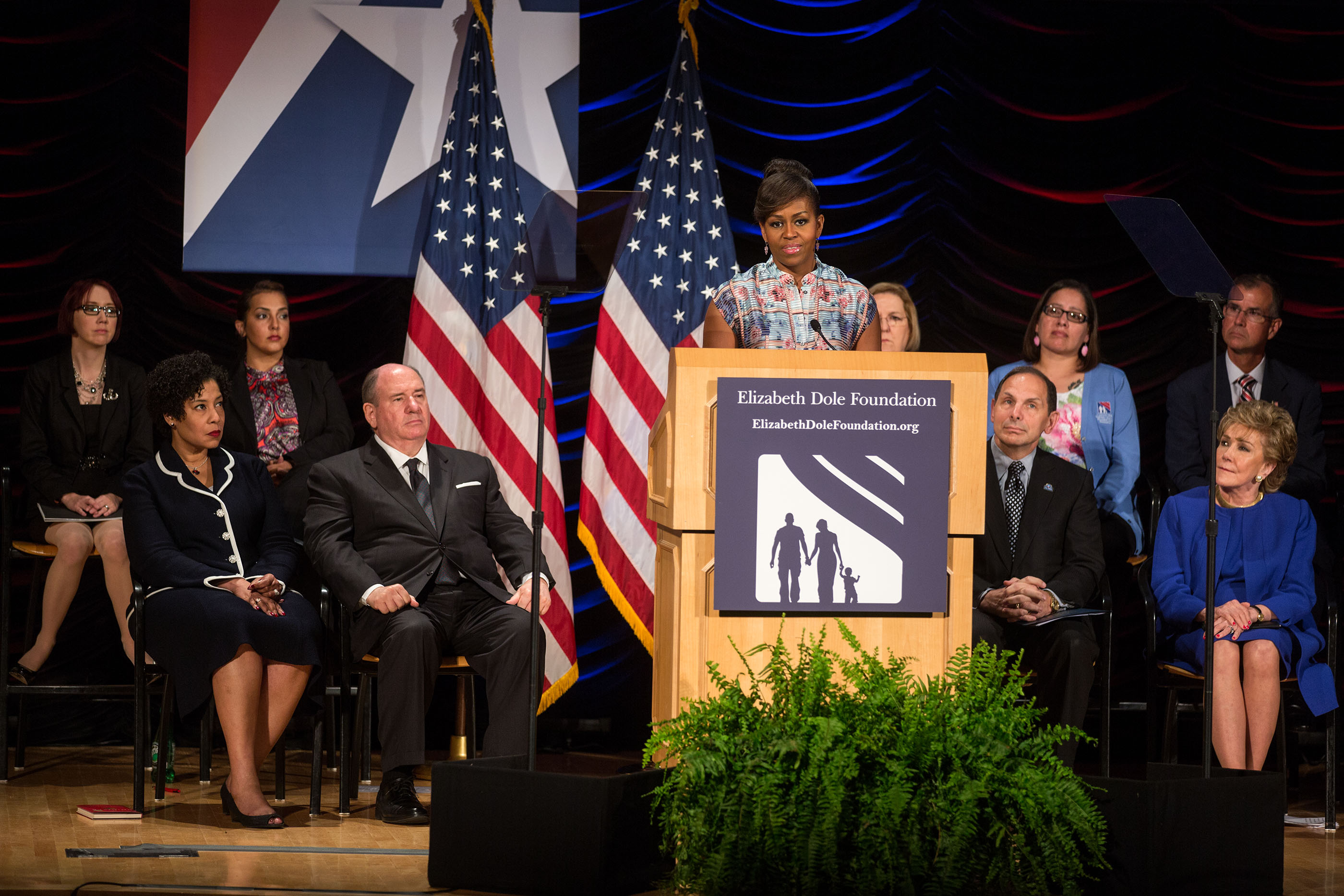 Yesterday, First Lady Michelle Obama joined Sen. Elizabeth Dole at the Hidden Heroes Summit, an event focusing on caregivers of service members and veterans. During the event, the First Lady announced a partnership between the Elizabeth Dole Foundation and Give an Hour’s Campaign to Change Direction. Together, these organizations will work to educate and empower military and veteran caregivers around mental health.

The First Lady was introduced by Kathleen (Kat) Causey, a military caregiver who exemplifies what it means to be a hidden hero. In 2011, as Kat was preparing to finish her college degree, her husband of 18 months, Aaron, was catastrophically injured in Afghanistan. The blast cost him both of his legs, and Kat has cared for her husband throughout his recovery and rehabilitation.

In her remarks, Mrs. Obama highlighted the incredible spirit of caregivers like Kat and their remarkable resilience:

All of the caregivers here today understand how your life can be flipped upside down in an instant. You know the feeling that Kat described to me a couple of weeks ago – this is what she said. She said: "Everything from before is gone. Any dreams you had, any plans," she said, "it’s burned up. It’s in a house that’s on fire, and there’s no going back to it." Those words hit me deeply.

But Kat wasn’t angry, and she wasn’t looking for sympathy when she said those words. It’s simply how she felt. It was her truth. It was her reality. Because she knows she’s lucky to have her husband alive at all. As she says, as a caregiver, at least "you get to rebuild together." That was beautiful.

Throughout her speech, Mrs. Obama applauded the work that military caregivers do each and every day and the responsibility we all have to support these important members of our American family.

As she stated, “And that’s really what Joining Forces is all about. We want to connect you to the people, resources, and opportunities that can make a difference in your daily lives so that as you rebuild with your families, you never have to do it alone. You’ll have employers, and health care providers, and neighbors who better understand your experience and how they can help. That’s what we’re working toward. Not just today, and not just for these next couple of years – but for the long haul.”