May 22, 2015 at 10:00 AM ET by Tanya Somanader
Twitter Facebook Email
Summary:
See several prominent Jewish Americans explain what their heritage means to them before they watch the President speak at the Adas Israel congregation in Washington, D.C.

Jewish American values are woven into the fabric of American life and have shaped the progress we’ve made as a country. That history has fundamentally shaped the President’s personal views and leadership. As he told The Atlantic’s Jeffrey Goldberg:

"To me, being pro-Israel and pro-Jewish is part and parcel with the values that I've been fighting for since I was politically conscious and started getting involved in politics. There’s a direct line between supporting the right of the Jewish people to have a homeland and to feel safe and free of discrimination and persecution, and the right of African Americans to vote and have equal protection under the law."

Today at 11:00 am ET, in honor of National Jewish American Heritage Month, President Obama will address the Adas Israel congregation in Washington, D.C., the first synagogue in the U.S. to be addressed by Dr. Martin Luther King, Jr. Watch his remarks live:

Before the President speaks, he'll meet with a few leaders from the American Jewish community who exemplify the many ways that American Jews contribute to and strengthen our country. And we wanted to share a first look with you. 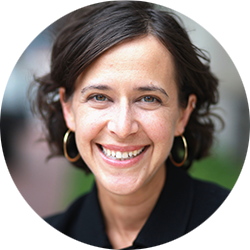 As the Director of Jewish Programming at a historic nondenominational synagogue, Rabbi Stutman works daily to build the Jewish community for young professionals in the city. To her, the Jewish faith is about recognizing the joy that comes from a community of people who are interested in deepening themselves and bettering the world – to bringing justice to all who deserve it and to make that tradition real and relevant for future generations. Her favorite t-shirt reads: “This is what a real rabbi looks like.

“When my great-grandfather came to America from Russia in the early days of the 20th century, his name was Joseph Address. He kept that name through his journey from Ellis Island to South Philadelphia. And through the years that it took him, a tailor, to scrape together enough money to open his own shop. With his final pennies, he hired someone to write his name, in golden script, on the front window: 'Andress’ Tailor Shop' it read. The painter has misspelled his name.

"My great-grandfather did not have the English skills to fight it out with the painter, nor did he have the money to get it repainted. So Andress it became. Many immigrants have a story like mine—not the exact same story, of course, but a story of a poor ancestor who came to this country with little to nothing and built it into something. I love these stories, romanticized and hyperbolized as they usually are. Once upon a time, we were all strangers here. Once upon a time, no one cared enough to learn our names.

"Too many Americans still feel like strangers in this country—or, even worse, are treated as such by those around them. At the intersection of my family story—my proud Jewish identity, and my proud American identity--is the demand that I work to bring justice to every American, that we learn each other’s names and stories, that we take responsibility for each other. That we participate in the work of social justice, which requires that we work with directly affected people, recognize our privilege, and use our power to make lasting change that people really need.” 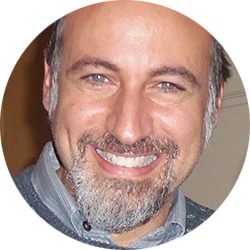 A dedicated Jewish environmental educator and activist, Rabbi Dobb has interwoven his passion for the environment with his faith. Helming the Adat Shalom Reconstructionist Congregation since 1997, he’s doubled the size of the synagogue and built its 2002 EPA Energy Star Award building. He recently installed a 43kw solar array as well as a thriving organic garden.

“The sense of safety and acceptance that Jews enjoy in modern America is truly unprecedented across Jewish history – and it’s rooted in a deep American dynamic that goes back to the founders and framers of the republic who sought to protect minorities, and has been strengthened with every initiative for suffrage and for the expansion of civil rights for all. Just as Dr. King’s dream was ‘deeply rooted in the American dream,’ so is the Jewish dream of full, equal participation in the larger society. We owe much to this facet of America, and now share in a profound obligation to further extend America’s promise of inclusion to all.” 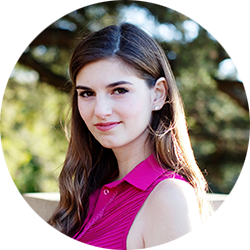 Rachel grew up as an active member of the Jewish community in Cupertino California, a dedication she carried with her to UCLA where she is president of UCLA’s Jewish sorority, Sigma Alpha Epsilon Pi, and is very involved in Hillel. With a passion for justice and the law, she sought out to join the UCLA Undergraduate Student Association’s Judicial Board. But like many Jewish students across the country, she faced challenges because of who she was. When considering her confirmation, the student council asked whether she could be unbiased because of her involvement in Jewish organizations – a question that led to her initial rejection from the board. Because of her persistence in the face of discrimination, she now sits as a justice on the board.

“For me, Jewish American Heritage Month is an opportunity to celebrate the success and perseverance of the Jewish people. Until the unfortunate experience I had with my Judicial Board appointment, Judaism has brought nothing but positivity to my life. Challenges such as my own have only made my Jewish identity, and the identities of Jews throughout history, stronger. This month, Jews and non-Jews alike come together to celebrate all that we as a Jewish people have overcome, and the positive contributions that American Jews make to society every day.” 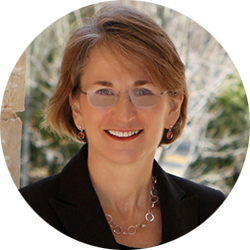 Under Rabbi Schwartzman’s leadership, Temple Rodef Shalom is one of the largest congregations headed by a woman rabbi. In 2003, President George W. Bush invited a group of 15 rabbis, including her, to discuss Jewish concerns. Rabbi Schwartzman, the only woman in the meeting, was quick to raise the issue of poverty and point out the flaws in President Bush’s welfare bill. Her passion for the plight of others guides her work in the community, including her work on reproductive rights, housing initiatives, and the battle against AIDS.

“Judaism is the lens through which I see every issue in our world. I process and respond to events such as the tragedies in Nepal and Baltimore and to the challenges of my local schools and community through a filter of my Jewish values. My responses are a reflection of my ethical obligations to the world which I draw from Jewish tradition, ritual and texts. ...

"The values of caring for those on the fringe of our society, and of inclusion and tolerance are deeply rooted in progressive Judaism. One can see these values actualized in new laws of Health Care Reform, equal rights for the LGBT community especially regarding marriage, immigration reform and environmental responsibility through climate change action.” 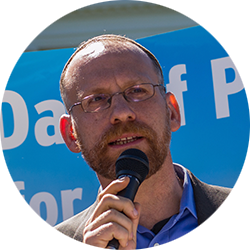 Bend the Arc is dedicated to bringing the Jewish ethical voice to civil society. That’s why you could find Rabbi Kimelman-Block as a leading clerical voice on the ground in Ferguson, Baltimore, or on the front lines of any fight for social justice and civil rights in our country. He is also the founding member of Eastern Village Cohousing, a green and sustainable eco-community. 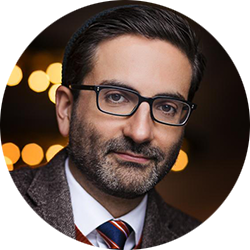 Joining Adas Israel in 2008, Rabbi Steinlauf brought energy, creative thinking, and most importantly, a vibrant optimism into the community he serves at Adas Israel. In October of 2014, he made history as the first openly gay senior rabbi of a major American Conservative synagogue.

“America has grown spiritually by leaps and bounds during the Obama years--particularly around some of the most pressing social issues of our time. From the emphasis on rights for the underprivileged, to a fair chance for the middle class, to #blacklivesmatter, to the astounding movement toward marriage equality across this nation, we are looking at a society that is a triumph in every way for the Jewish people. As Jews, we know a long history of deprivation, of being ostracized and attacked for being different. Jewish people have worked for generations now in this nation to create better and more just conditions, not only for ourselves, but for all Americans.

"As a gay Jewish American, in particular, my life has been profoundly impacted by the culture of inclusion, tolerance, and greater compassion that has been emphasized in recent years. I am able to lead a great congregational community into a new era of diversity and open-minded leadership into the future because of how America is growing and evolving. The Torah exhorts us to create a world of Justice and compassion. The evolution toward a more truly compassionate America represents Torah-in-action in our time.”