May 27, 2015 at 9:55 AM ET by Cecilia Muñoz
Twitter Facebook Email
Summary:
The Federal Acquisition Regulatory Council is publishing proposed regulations and the Department of Labor is putting forward related guidance that would implement the Executive Order, and they are both seeking public comment on how to improve them. 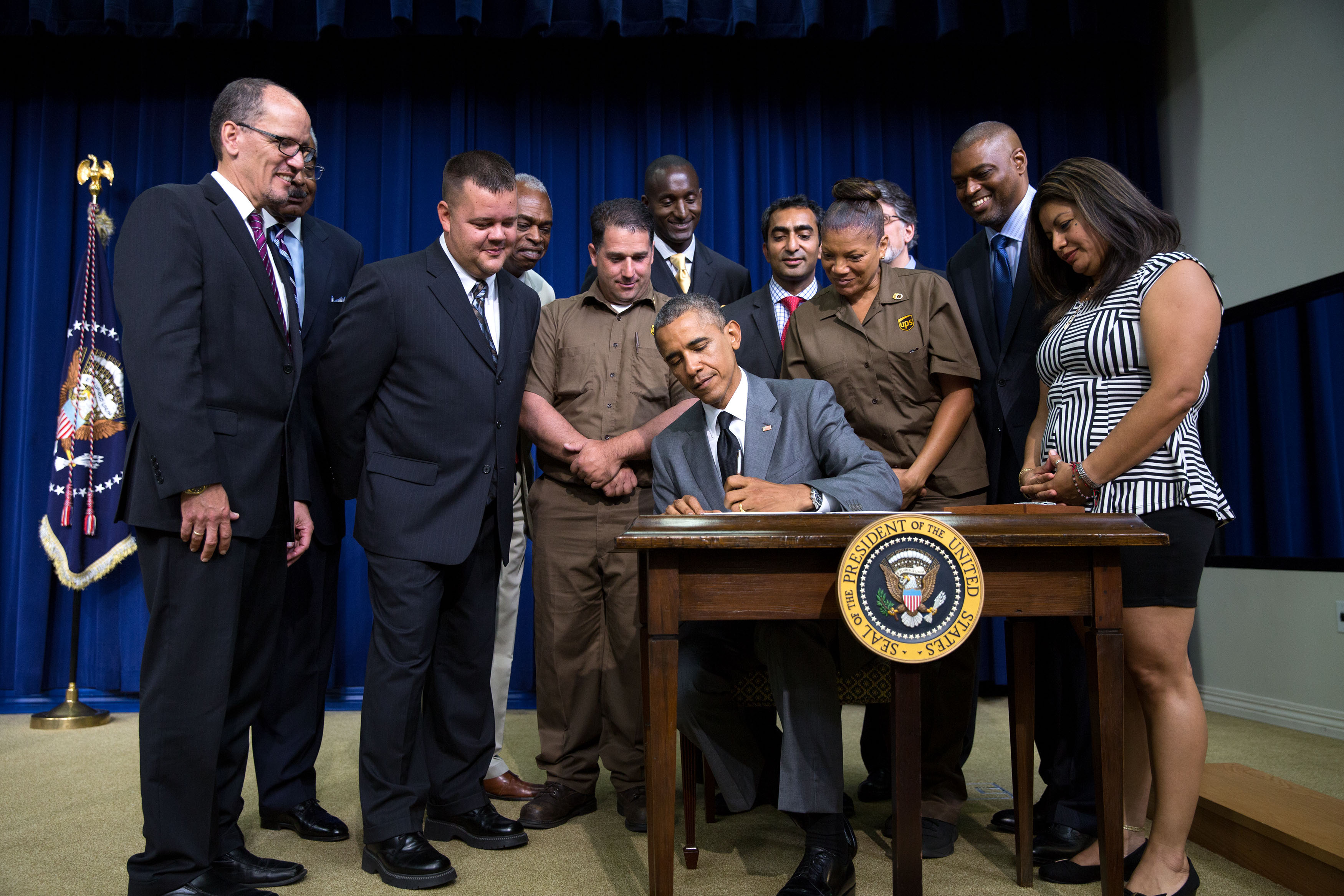 Every business owner knows the importance of working with reliable, stand-up business partners who can deliver on-time and on-budget and follow the law. That last part is important, because a contractor who doesn’t follow the law isn’t living up to his or her obligations to you and may endanger your own workers and operations.

The same is true for the federal government, which contracts with many thousands of private businesses that employ almost one in five American workers.

Unfortunately, studies have shown that many of the contractors with the largest wage-and-hour and worker safety violations go on to receive new contracts. Indeed, while the vast majority of federal contractors play by the rules, every year tens of thousands of American workers are denied overtime wages, are unlawfully discriminated against in hiring or pay, have their health and safety put at risk by federal contractors who cut corners, or are otherwise denied basic workplace protections.

An analysis by the Center for American Progress examined the 28 companies with the top workplace violations between FY 2005 and FY 2009 and found that a quarter of these companies went on to have significant performance problems. This data suggests a potentially strong link between a history of labor law violations and inadequate contract performance. It also means that the overwhelming majority of contractors who do follow the law — and may be more likely to be good stewards of taxpayer dollars — are unfairly competing against the worst actors who repeatedly violate the rights of workers and put them in danger.

So to protect workers, taxpayers, and law-abiding businesses, and to make sure we’re getting what we pay for, last July, President Obama signed the Fair Pay and Safe Workplaces Executive Order. This order requires businesses wishing to do business with the federal government to disclose their labor violations from the past three years, and it gives agencies guidance on how to use this information when awarding federal contracts.

Today, the Federal Acquisition Regulatory Council is publishing proposed regulations and the Department of Labor is putting forward related guidance that would implement the Executive Order; they are both seeking public comment on how to improve them.

The proposals incorporate ideas and suggestions gathered from significant outreach to contractors and worker advocates on how best to achieve the goals set forward by the President while minimizing burden on contractors. For the vast majority of the contracting community, they will need only attest that there are no labor violations to report. For others, a significant goal of the proposed regulation is to encourage contractors who do have major labor violations to work with contracting and enforcement agency experts to come into compliance by taking steps like paying back wages.

The federal government has long been required to do business only with responsible contractors. The proposals put forward today provide a clear path for realizing that goal in order to protect taxpayer resources and, more importantly, American workers.