May 28, 2015 at 10:16 AM ET by Tina Tchen and Sheila Nix
Twitter Facebook Email
Summary:
On behalf of First Lady Michelle Obama and Dr. Jill Biden, we are pleased to welcome United States Air Force Colonel, select, Nicole Malachowski as the new Executive Director of Joining Forces. 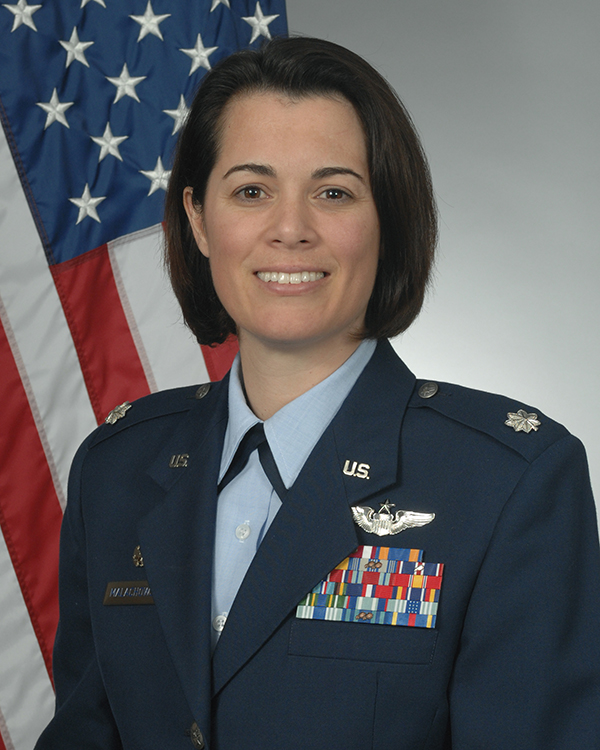 We are excited to have Nicole as part of the Joining Forces team, where she will continue the initiative’s work to support our veterans, service members, and military families. Nicole is the first woman to serve as the Executive Director of Joining Forces, and succeeds Colonel Steve Parker, who is returning to the U.S. Army after an inspiring year with Joining Forces.

Nicole is a dedicated public servant with a record of leadership in the United States Air Force. During her two decades of service, she has served as an operational F-15E pilot in three fighter squadrons, and has flown nearly 200 combat hours in Operation Deliberate Forge, Operation Iraqi Freedom, and homeland defense missions in support of Operation Noble Eagle. Nicole served as the first woman pilot to be part of the United States Air Force Air Demonstration, also known as the Thunderbirds. While at Seymour Johnson Air Force Base, she served as a commander of the 333rd Fighter Squadron.

Nicole served as a White House Fellow from 2008 to 2009, where she worked as an executive leader on the Presidential Transition Support Team in the Office of the President-Elect, placed within the General Services Administration. During her time as White House Fellow, Nicole also co-authored Senate Bill 614, which awarded the Congressional Gold Medal to the Women Air Force Service Pilots of WWII. This legislation passed both houses of Congress with overwhelming support and was signed by President Obama on July 1, 2009.

She earned a Bachelor of Science in Management at the United States Air Force Academy, as well as receiving a Masters of Arts in National Security and Strategic Studies from the United States Naval War College where she graduated with highest distinction. Nicole also holds a second Masters of Arts from the American Military University in National Security Policy.

Most recently, Nicole has worked at the Department of Defense in the Office of the Under Secretary for Personnel and Readiness, where she served as the Deputy Director of United States Air Force Readiness and Training. Nicole and her husband Paul, a retired Air Force Lieutenant Colonel, live in Virginia with their 4-year-old twins, Garrick and Norah.

We are thrilled to have Nicole join us at the White House, and look forward to her leadership of the Joining Forces initiative in the coming year!