In Memory of Beau Biden: "Quite Simply, The Finest Man Any Of Us Have Ever Known"

May 30, 2015 at 10:47 PM ET by Tanya Somanader
Twitter Facebook Email
Summary:
On Saturday, May 30, our country lost a dedicated public servant – a fighter for justice on the frontlines of war and in the courts here at home. A committed son, father, and husband, Beau Biden put his family first. His was a life we all strive to lead.

“Beau Biden was, quite simply, the finest man any of us have ever known” –Vice President Joe Biden

On Saturday, May 30, our country lost a dedicated public servant – a fighter for justice on the frontlines of war and in the courts here at home. A committed son, father, and husband, Beau Biden put his family first. His was a life we all strive to lead.

For all who knew him, who were inspired by his example, who share the passion for service that guided every day he lived, please offer your thoughts, prayers, and a message that will be shared with the Biden family as they grieve the loss and honor the memory of a most cherished man. 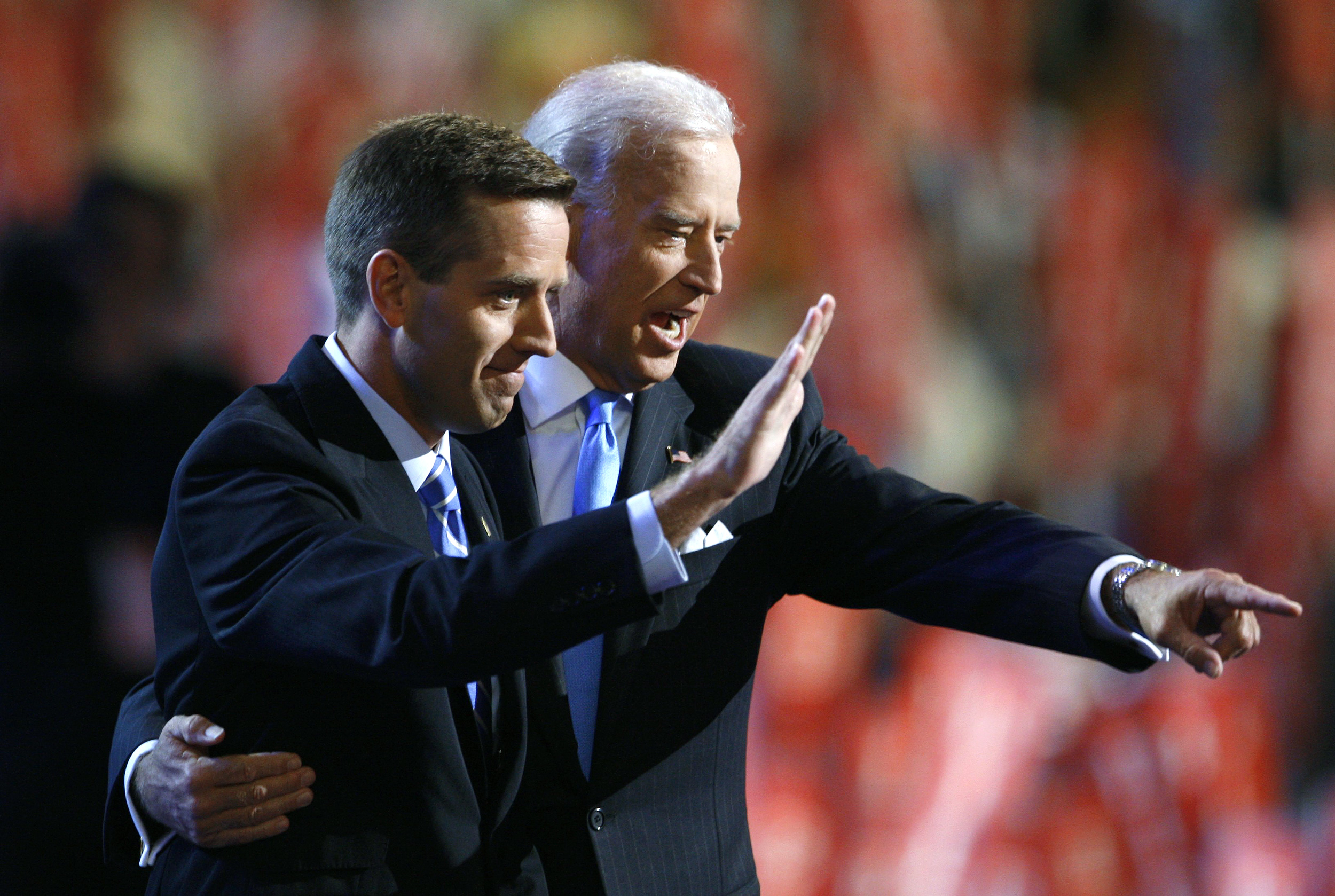 Then Vice Presidential candidate Joe Biden and his son Beau Biden on stage together at the 2008 Democratic National Convention in Denver, Colorado, August 27, 2008. (REUTERS/Chris Wattie)

It is with broken hearts that Hallie, Hunter, Ashley, Jill and I announce the passing of our husband, brother and son, Beau, after he battled brain cancer with the same integrity, courage and strength he demonstrated every day of his life. The entire Biden family is saddened beyond words. We know that Beau’s spirit will live on in all of us—especially through his brave wife, Hallie, and two remarkable children, Natalie and Hunter.

Beau's life was defined by service to others. As a young lawyer, he worked to establish the rule of law in war-torn Kosovo. A major in the Delaware National Guard, he was an Iraq War veteran and was awarded the Bronze Star. As Delaware’s Attorney General, he fought for the powerless and made it his mission to protect children from abuse.

More than his professional accomplishments, Beau measured himself as a husband, father, son and brother. His absolute honor made him a role model for our family. Beau embodied my father's saying that a parent knows success when his child turns out better than he did.

In the words of the Biden family: Beau Biden was, quite simply, the finest man any of us have ever known.

Michelle and I are grieving tonight.  Beau Biden was a friend of ours.  His beloved family – Hallie, Natalie, and Hunter – are friends of ours.  And Joe and Jill Biden are as good as friends get.

Beau took after Joe.  He studied the law, like his dad, even choosing the same law school.  He chased a life of public service, like his dad, serving in Iraq and as Delaware’s Attorney General.  Like his dad, Beau was a good, big-hearted, devoutly Catholic and deeply faithful man, who made a difference in the lives of all he touched – and he lives on in their hearts.

Joe is one of the strongest men we’ve ever known.  He’s as strong as they come, and nothing matters to him more than family.  It’s one of the things we love about him.  And it is a testament to Joe and Jill – to who they are – that Beau lived a life that was full; a life that mattered; a life that reflected their reverence for family.

The Bidens have more family than they know.  In the Delaware they love.  In the Senate Joe reveres.  Across this country that he has served for more than forty years.  And they have a family right here in the White House, where hundreds of hearts ache tonight – for Hallie, Natalie, and Hunter; for Joe and for Jill; for Beau’s brother, Hunter; his sister, Ashley, and for the entire Biden clan.

“I have believed the best of every man,” wrote the poet William Butler Yeats, “And find that to believe it is enough to make a bad man show him at his best or even a good man swing his lantern higher.”

Beau Biden believed the best of us all.  For him, and for his family, we swing our lanterns higher.

Michelle and I humbly pray for the good Lord to watch over Beau Biden, and to protect and comfort his family here on Earth.