Ed. note: This blog is cross-posted from the National Audubon Society. You can read the original post here 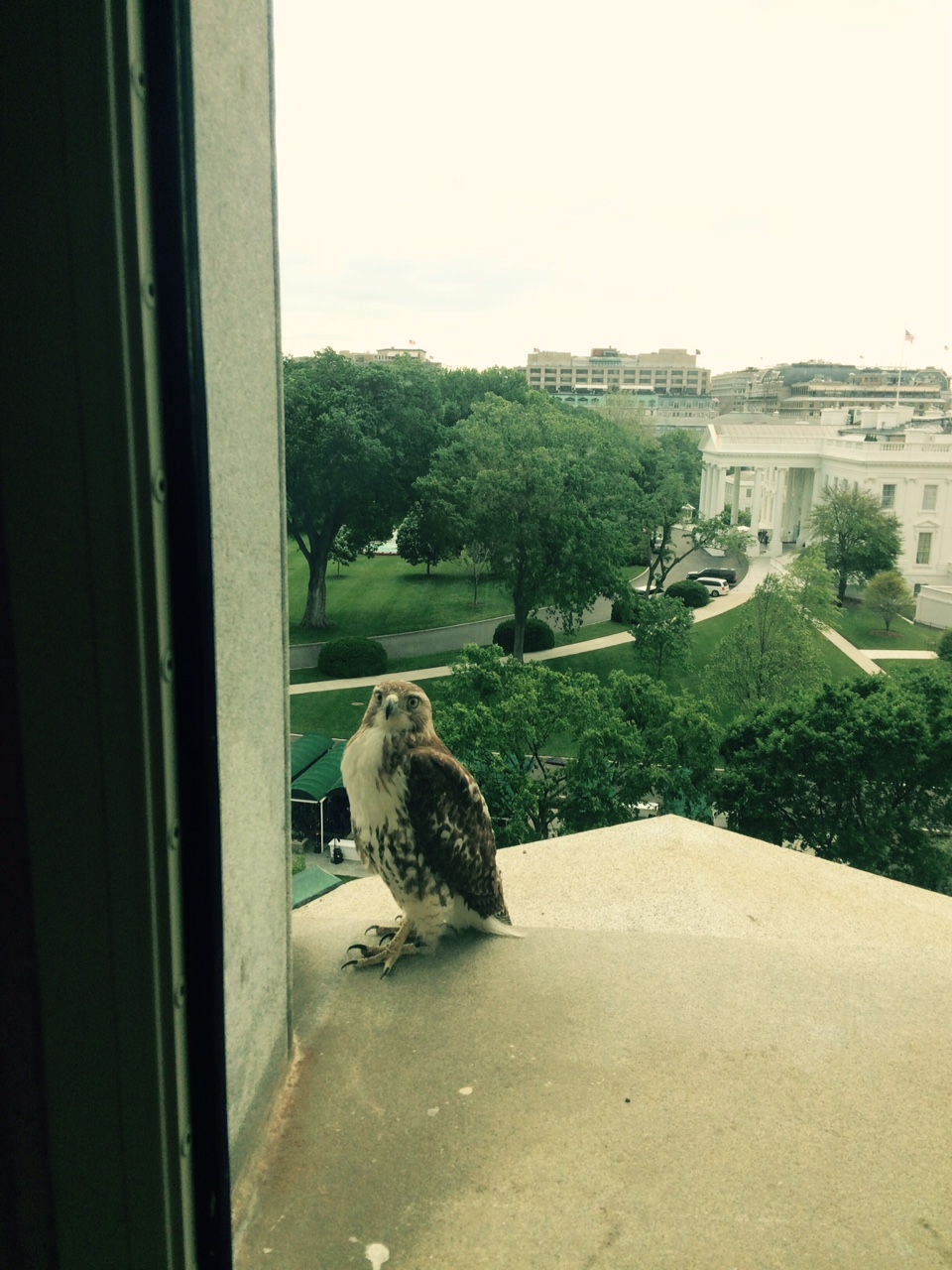 Despite its manicured gardens and bruising security detail, the White House is wilder than you’d think. Over the centuries it has served as the temporary residence of not just every president since John Adams (the Clinton years were especially untamed) but also birds, raccoons, and even a rogue fox.

The young raptor has been exploring the VIP territory over the last few days, and has opted for the comfortable ledges of the building’s East Wing, which suit its species’ penchant for high roosting places that oversee open swathes of land for hunting. The hawk was probably attracted by the relative lushness of the White House compared with the rest of D.C.; a thriving population of gray squirrels on the grounds likely sealed the deal, says Audubon data scientist Tom Auer. (In fact, the bird has caused quite a stir already by publicly and voraciously feasting on one unlucky rodent in the Presidential driveway, the New York Times reports.)

In announcing the news of its new resident, the White House also took the opportunity to highlight more sobering information about birds, drawn from Audubon’s birds and climate report. “One recent study notes that by the year 2080, around half of the bird species in the United States could lose more than 50 percent of their current range due largely to the effects of climate change,” the White House’s post on the bird notes. Published late last year, the report found that 314 species of North American birds are climate-threatened or climate-endangered. Habitat fragmentation and shifting ranges could push some species into urban environments they typically wouldn’t choose.

Luckily, Red-tailed Hawks are not only the most common hawks in North America, they may also be one of the rare beneficiaries of climate change: Their range is most likely to expand or stay the same in decades to come. The birds are already comfortably spend months in the city, and increasingly, are even starting to nest in urban centers, too. Some of them just have grander tastes in real estate.